West Indies legend Chris Gayle received a guard of honour before what was likely to be his final innings before international retirement.

The 42-year-old made 15 off nine balls against Australia in the T20 World Cup on Saturday.

Gayle has amassed over 12,000 runs including 37 centuries since he made his debut during a one-day international in 1999. 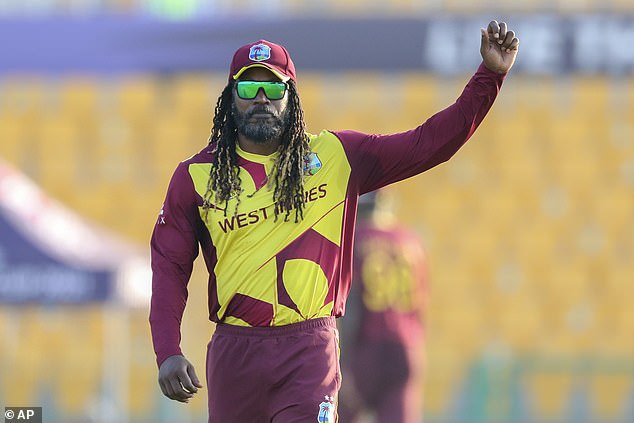 As he walked out, stood and applauded the legend as they gave him the guard of honour.

After he was bowled for 15 by Pat Cummins, he took off his helmet and raised his arms in the air.

On his way back to the pavilion he appeared to wave at his team-mates and supporters after what was potentially his final appearance in West Indies colours. 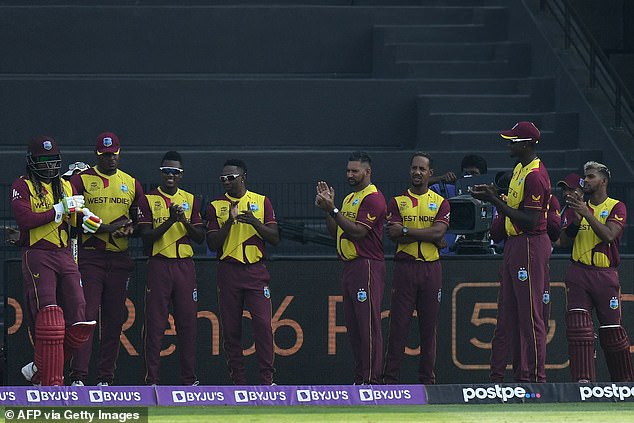 The game is important for both nations with Australia bidding to make the finals while West Indies need a win to secure automatic qualification for next year’s World Cup.

But the importance of the match took a momentary backseat for Gayle as he walked off.

He was pivotal for the West Indies in their two World Cup successes and had hinted before the game the game that this would be his last appearance in international colours. 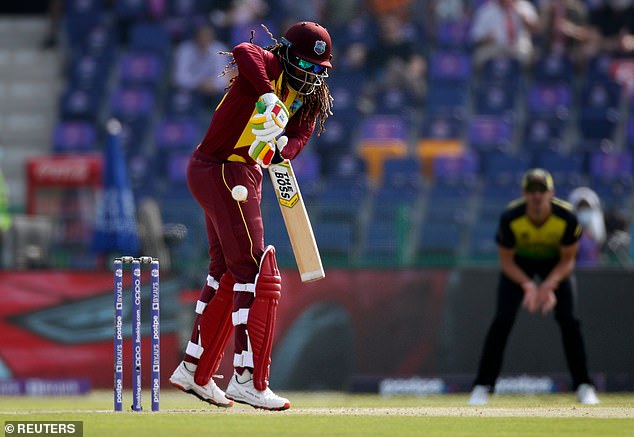 Gayle who made his international debut in 1999, made 15 off nine balls on Saturday

As reported by Fox Sports, Gayle said he was thrilled to share the match with long-time team-mate Dwayne Bravo.

He said: ‘I can remember the fun memories, winning two world titles, fantastic.

‘Playing with Bravo as well. To be a part of that has been fantastic. I know he’s leaving us, but he’s done a great job for West Indies cricket.

‘He’s a legend of the game, one of the greats, so I’m happy to finish with DJ Bravo here in this last game against Australia. But I’m semi-retired. I’m one away.’ 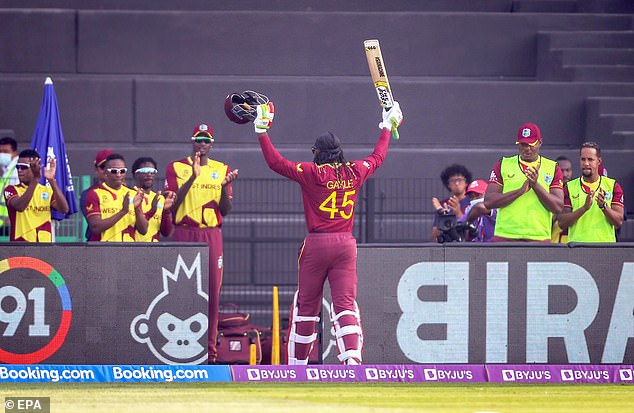