The Victoria Racing Club has proposed to make the Roy Higgins Quality in early March a ballot exempt race for the Melbourne Cup, from next season.

This Saturday the club will run its fourth Andrew Ramsden Stakes, over 2800 metres, for a ticket into the Melbourne Cup, aimed at three, four and five-year-old rising stayers who can guarantee their Cup spot in May. 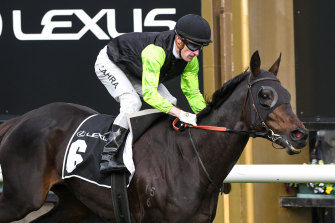 Past winners of the race include Steel Prince and Oceanex, who ran in that year’s Cup, while last year’s winner Realm Of Flowers suffered an injury and didn’t make it to the first Tuesday in November.

But the VRC is investigating an opportunity to add another exempt race to its autumn and winter program.

The Roy Higgins Quality is run in early March, and while it attracts a good field over 2600m, the club has identified it as a race that could benefit from a Cup ticket. Crystal Pegasus won it this year and went on to win the Mornington Cup at his next start – a race run by the Melbourne Racing Club with a golden ticket into the Caulfield Cup.

“We’d like to have that as another ballot exempt race,” VRC racing manager Leigh Jordon said.

“It’s on the wishlist. It would be great to have that, then we’d have a good suite of races that would be exempt into the Cup. It gives locals a great chance. Whether we’d restrict that race to age group [like the Ramsden], we don’t know. We’re not at that stage yet.”

But not everyone is a fan of Melbourne Cup-exempt races six months or more out from the Cup, like Saturday’s Ramsden.

“I don’t like it, no,” Flemington trainer Wayne Hawkes told Whateley on SEN.

“These horses are going to the paddock, they’re having spells, they’re coming back for their next preparation, form changes. 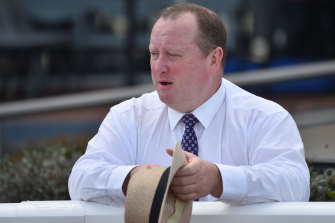 “If it’s a golden ticket three weeks out, and they don’t have another run, they’ve got current form, don’t they?

“I think the VRC needs to not just look at their own club. They need to make Geelong Cup exempt from ballot, Caulfield Cup, Cox Plate, if you want to put Moonee Valley Cup in. I’d rather see in the spring six, seven, eight races, and you’re in.”

But Jordon maintained the VRC was not interested in giving the Geelong Cup winner a direct passage into the Melbourne Cup, preferring to leave that to the discretion of handicapper Greg Carpenter.

Racing Victoria will decide whether the Roy Higgins will get Melbourne Cup ballot exemption at the end of this month, as part of the programming and prizemoney decisions for next season.