Ben Stokes admits England’s innings victory over South Africa may be their finest win of the summer, after the captain’s man-of-the-match performance levelled the series at Old Trafford

Ben Stokes says he was determined to create his ‘own theatre’ at Old Trafford after his marathon 14-over spell led to England levelling the series against South Africa.

The England captain took the key wickets of Keegan Petersen and Rassie van der Dussen, who scored 42 and 41 respectively, before Jimmy Anderson and Ollie Robinson mopped up the tail to seal victory by a thumping innings and 85 runs.

Stokes was the obvious man of the match following his figures of two for 30 on Saturday, to go with his 103 runs in England’s only innings and two for 17 on the first day. 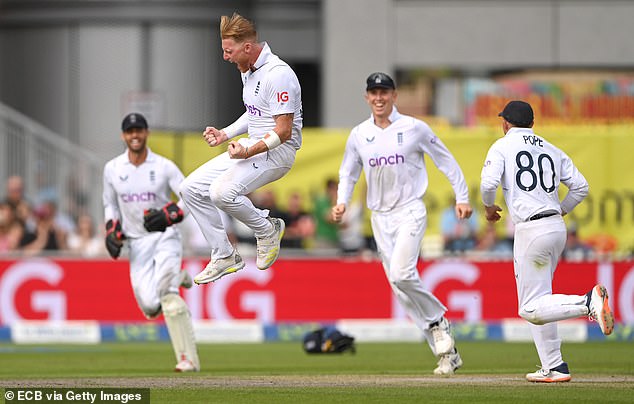 And explaining the thinking behind his back-breaking spell either side of tea, the all-rounder said: ‘When you are bowling with the older ball when nothing is really happening, you have to create your own energies and own theatre.

‘I’ve always felt that when the ball starts reverse swinging, that’s when I feel like I am at my best with the ball.

‘I had to think about when the new ball was around the corner and I didn’t want to have to turn to Jimmy or Robbo before that. That’s why I bowled that long spell and I felt in good rhythm. 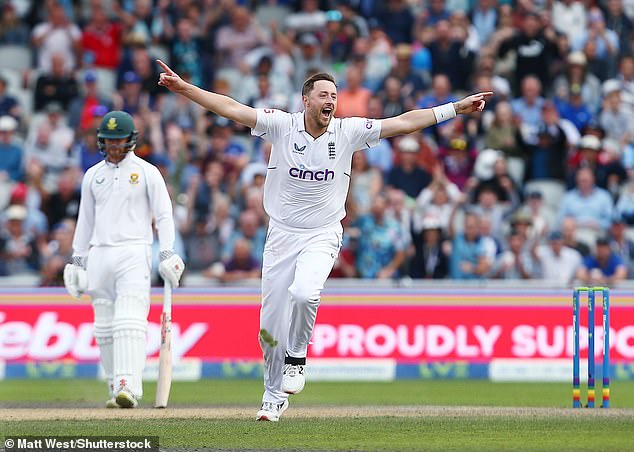 ‘It’s something I’ve done over my career with the older ball, just to try and run in and hit the wicket as hard as I can and try and make something out of nothing. Then let the new-ball bowlers take the rewards at the end.’

England’s resounding victory inside three days follows their thrashing at Lord’s last week, when South Africa themselves won by an innings and 12 runs.

Asked if this was the Test team’s finest win of a summer which has now yielded five wins from six, Stokes said: ‘When you take the last game into consideration, with the way we managed to come back and put the performance in that we have done, you could say yes.

‘It was an amazing team performance all-round. Cricket is about how you bat, bowl and field and I think the way we batted, bowled and fielded this whole game was the benchmark of the standards we set. We never let up.’ 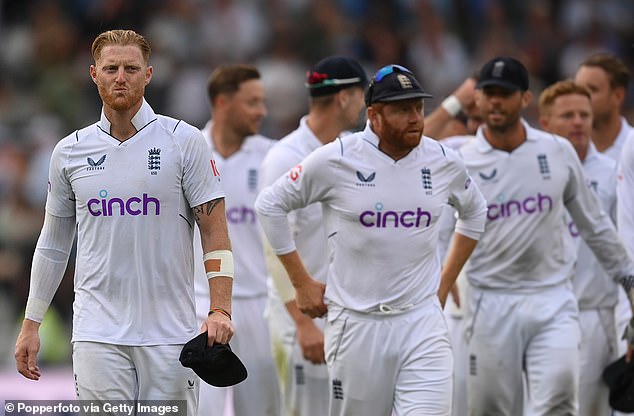 England’s win now sets up a mouth-watering series decider at the Oval on September 8. ‘Now it is 1-1 going into the last game of the summer, it is very exciting to head to the Oval knowing that both teams have everything to play for,’ added Stokes.

‘We will take a lot of confidence from this game knowing that we’ve won it but we know South Africa will come and throw everything at us. They don’t throw the towel in.’

South Africa will be without batsman van der Dussen for the decider after he broke his finger fielding on Thursday, with all-rounder Wiaan Mulder added to the squad.