If you want to impress you can only win and that’s what Panzarella did at her only start so trainer Matthew Smith is interested to see if the three-year-old can build on it when she resumes at Goulburn on Tuesday.

Panzarella defied a betting drift to win on debut at Orange in November when she chased the leader all the way and held off a late challenge to beat two horses that have since won twice. 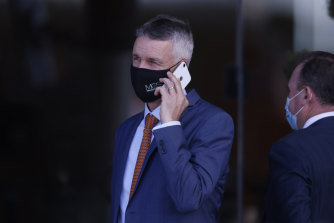 It was an encouraging first impression but Smith says more will be learned about her this preparation starting in the RJ Sidney Craig Handicap (900m).

“She was a bit shinsore last preparation so we gave her a good break and she’s come back in good order,″⁣ Smith said.

“Her trials have been good without us really emptying her out.

“This will give us an idea of where we are going. It is a class rise for sure, hopefully she can progress up in distance this preparation.”

The filly has trialled twice in the lead-up to Goulburn and as Smith said, she wasn’t asked to do a whole lot, finishing fourth in both heats.

And while he would like to see her be effective in races further than 1000m, which will open up plenty more options for the future, he’s comfortable kicking off over a short course knowing she has the speed to use barrier one.

“It’s only 900m so it should be ideal,” he said. “She won a trial at Canterbury on a heavy track and she led that day. We won’t try to change her, if that’s the way she likes to run we’ll let her run.

“She’s going well, her work’s been good, she would be competitive for sure.”

Smith is taking the advice of jockey Ashley Morgan and edging stablemate Bel Suono out in distance in the Goulburn Hay Supplies Plate (1300m) in an attempt to break into the placings for the first time.

The four-year-old has had eight starts but is yet to finish better than fourth, though she was only beaten four lengths at Newcastle over 1200m last start. “She’s been disappointing, to be fair,” Smith said.

“She’s been working quite well at home but hasn’t been taking it to the races. We’re going to go up a little bit in trip and see if that might help her.”