Trainer Paul Nicholls insists it is wrong to doubt Bravemansgame’s Gold Cup credentials on the grounds that he doesn’t produce his best form at Cheltenham.

The winner of the King George VI Chase at Kempton on Boxing Day is as short as 6-1 for the centrepiece of March’s National Hunt Festival.

But most of the eight-year-old’s nine wins under rules have come on flat tracks such as Kempton and Newbury, which has prompted speculation over Bravemansgame’s ability to cope with the undulations of Cheltenham. 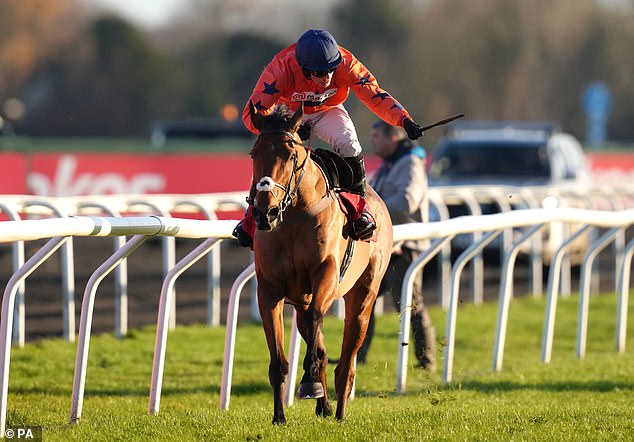 His one run at the track was a third-placed finish behind Bob Olinger in the 2021 Ballymore Novices’ Hurdle.

However, champion trainer Nicholls has no concerns. He said yesterday: ‘He has had one run at Cheltenham and ran OK. He is twice the horse now, bigger and stronger.

‘We haven’t been avoiding undulating tracks, it’s just that all the races that were right for him were run on flat tracks. I am not worried about it. He can go on any track. He used to take his races quite hard but I would say he has hardly lost a kilo after the King George and he looks great already.’ 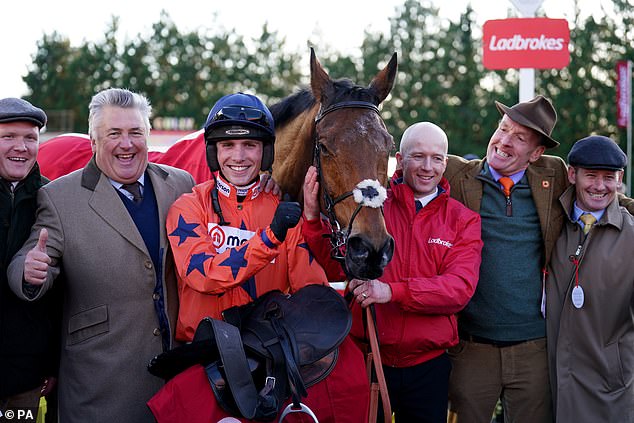 Bravemansgame’s next run will be the Cheltenham Gold Cup. Nicholls confirmed that Hermes Allen, his winner of the Grade One Challow Hurdle at Newbury on Saturday, also goes direct to the Ballymore Novices’ Hurdle at the Festival.

After a below-par defeat at Newbury on his last run, Nicholls-trained Stage Star got his novice chase career back on track at Plumpton yesterday with an 11-length win from only opponent Mortlach.

Nicholls said the ground at Newbury had not been soft enough for Stage Star, who will have one more run before a decision is made on potential spring targets at Aintree and Cheltenham.