Tymal Mills faces a scan on a tight right quad in the next couple of days that will likely determine whether or not he is involved in the remainder of England’s T20 World Cup campaign.

Mills was midway through his second over in the Super 12s group game against Sri Lanka in Sharjah on a muggy Monday evening and abruptly pulled up in his delivery stride before limping off the field.

England, whose 26-run victory over the Sri Lankans all but sealed their spot in the semi-finals, say the left-arm paceman will undergo a scan ‘in the next 48 hours to determine the extent of the injury’. 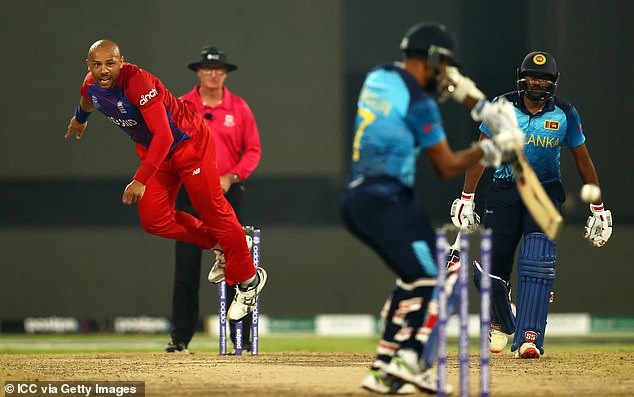 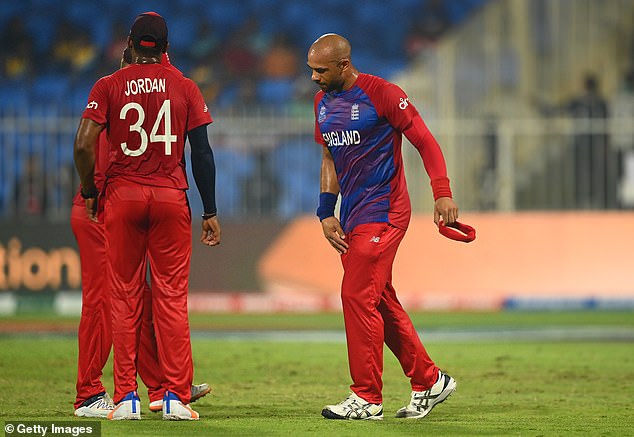 Mills has had terrible luck with injuries throughout his career, which have meant he had been overlooked by England for more than four years before this tournament.

He revealed he spent three months of last winter in a back brace after suffering another stress fracture, but he was one of the stars of the inaugural edition of The Hundred in the summer, leading to his inclusion here.

Mills has played in all four of England’s matches, taking seven wickets, to help them move to the brink of a place in the knockout stages. 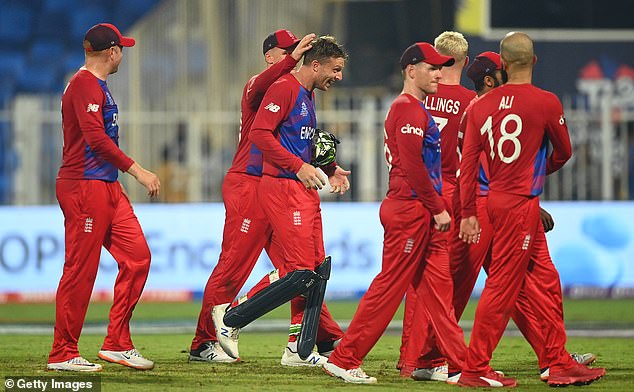 It was a night when Jos Buttler was the star as he struck a century while no one else passed 40.

He did it when England needed him most, rescuing them from mid-innings stagnation and hurrying them to a total – 163 for four – that proved too many for Sri Lanka.

As if that wasn’t enough, Buttler then pulled off a brilliant run-out in the field at a tense stage of a gutsy Sri Lankan chase. 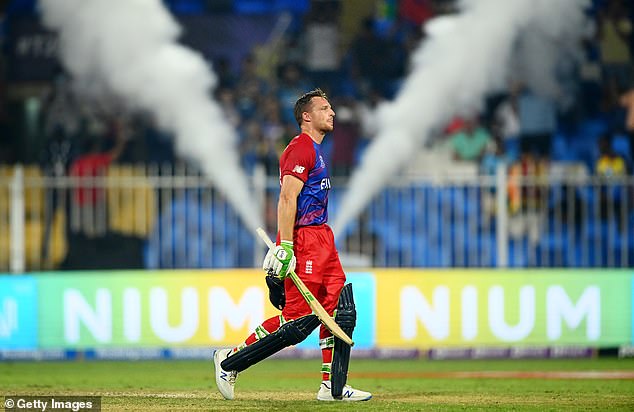 Moments earlier, Jason Roy and sub fielder Sam Billings had combined superbly on the boundary to catch Wanindu Hasaranga and snuff out a dangerous sixth-wicket stand of 53 with his captain Dasun Shanaka.

Now Buttler all but ended Sri Lanka’s hopes, discarding his right glove before collecting the ball and throwing down the stumps with Shanaka stranded.

The last five wickets fell for eight as England – the first team to win a floodlit game in this tournament after being put in to bat – made it four out of four.