Glenn Maxwell has returned to Australian colours in the multi-format squad for Sri Lanka, as selection chair George Bailey flagged plenty of possibilities for players to “cross over” from one group to another on the June-July tour.

Aside from Adam Zampa, who will miss the tour to be home for the birth of his first child, and a post-Twenty20s start to the trip for Test captain Pat Cummins, the Australians will be at full-strength for the assignment. 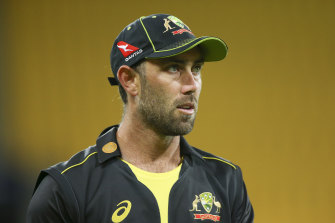 While not specifically named in the Test squad, Maxwell and others will have their chance to provide the selectors with fresh information about their games on a trip that will take in T20s, one-day internationals and two Tests, in addition to a parallel Australia A tour.

The A team component is the first such group since the 2019 Ashes tour, before COVID-19 severely restricted Australia’s planners in their ability to be flexible.

“There are several players returning to respective squads combined with an Australia A tour running in parallel to the white-ball series,” Bailey said. “It’s incredibly exciting to have an Australia A component which offers the further flexibility and opportunity for players to be available for and cross over into all squads.

“That could be from a Test or white-ball preparation perspective or an opportunity to impress at an international level. Those factors coupled with what we expect to be more freedom of travel means we can be very specific with our structures while continuing to develop the next generation of players.

“This is the first time a tour of this scale has been possible since the Ashes in 2019.”

As reported by The Age and The Sydney Morning Herald, Victorian spin bowler Todd Murphy has vaulted into the Australia A squad after just two Sheffield Shield matches, complementing the wrist spin of Tanveer Sangha and the left-arm orthodox of Matt Kuhnemann.

Mitchell Marsh has recovered from a hip flexor injury to be chosen in all formats for the senior side, but opener Marcus Harris has been named only in the Australia A squad after Usman Khawaja’s outstanding returns as an opener in Pakistan.

Jhye Richardson is in the T20 squad after missing out on a central contract, but the selectors have chosen not to introduce the destructive middle order skills of Tim David to the short-form setup just yet, with a World Cup to defend on home soil later in the year.

“These are very targeted to skill sets and what we see as the bulk of the squad for the home T20 World Cup and looking further forward to the ODI World Cup,” Bailey said.

“We were able to continue to build our depth with great white ball performances in Pakistan on the back of a superb Test Series. As selectors this has been one of the most rewarding parts amid the challenges of the past few years.“