‘I could play in the Ashes down under when I’m 42!’: Jimmy Anderson on the Aussies going toe to toe with England this summer… and how the dad of Radio One DJ Greg James talked him out of quitting after Caribbean snub

Jimmy Anderson admits he came close to quitting when he was left out of England’s tour of the Caribbean last year, but now believes he could play on until the next Ashes in Australia in 2025.

Such has been England’s transformation under Ben Stokes and Brendon McCullum that the leading fast-bowling wicket-taker in Test history is looking, at 40, beyond this summer’s Ashes and, potentially, two years down the line to the next one.

It was the unlikely figure of the father of BBC Radio One DJ Greg James, Anderson’s co-presenter on the Tailenders podcast, who played a part in convincing him to play on after England’s decision to leave both Anderson and Stuart Broad out of the defeat by West Indies. That series forced the resignation of captain Joe Root and the beginnings of Bazball. 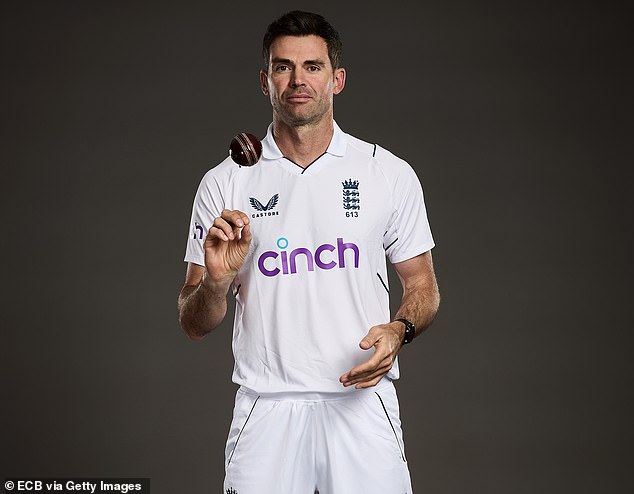 ‘There was definitely a moment when I thought that could be it,’ said Anderson at new Broadcasting House, at the relaunch of the podcast that has shown his different, lighter side.

‘There was anger and disappointment. That not knowing.

‘Is that it? Do they want to move on and get younger blood in? But I spoke to Greg quite a bit and I was just trying to make sense of it and not make any rash decisions.’

Then came an intervention from James’s father, Alan. 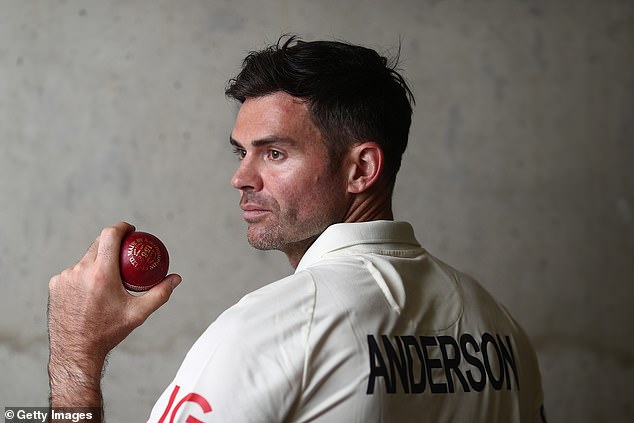 ‘My dad sent Jimmy a text saying, “Take the sting out of it, it will all look different in the summer on a nice sunny day at Lord’s”,’ said the DJ and cricket fanatic. ‘Nobody would have guessed what would happen but it is amazing what a bit of time does.’

Now, seemingly as good as ever and enthused by the new regime, Anderson refuses to rule out still taking the fight to Australia Down Under when he is 42. 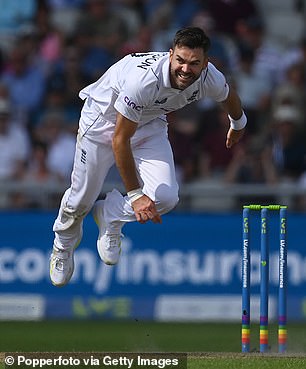 ‘The way to do it is definitely not to look too far ahead,’ said Anderson when asked how long he will go on for, as he prepares to fly to New Zealand for England’s last Test assignment of the winter.

‘Australia away feels miles away but I just need to look after myself, bowl well and take wickets and it might creep up on me and I’ll think, “I can do another away Ashes”. Or it might creep up and I’ll say, “No, that’s stupid”. It’s nice to be in this group and still feel wanted which is what any player needs. As long as that feeling is still there and I have the hunger, which I have, I’ll keep going.’ 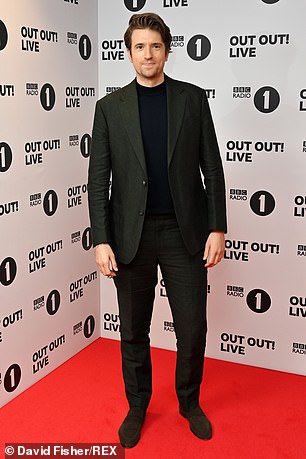 Anderson was convinced to play on by his co- presenter on the Tailenders podcast Alan James, the dad of Radio One DJ Greg (above)

He will definitely be around for the Ashes this summer. ‘Whoever we play now it’s going to be fun,’ he said. ‘I’m sure you’ll see in New Zealand more of the way we’ve been playing and then Australia could be incredible.

‘I can’t see them doing anything other than going toe to toe with us. Australia are going to try to fight fire with fire and that’s going to make it exciting.’

Even more so if the returning Jofra Archer is fully fit and able to resume his battle with Steve Smith that lit up the last Ashes series in England. ‘I saw Jofra in Dubai with the Lions before we went to Pakistan and he looked great,’ said Anderson. ‘His second ball back was off his full run and was timed at 93mph. Hopefully he’ll be fit and firing this summer.’

And Anderson, who says he still wants to get better even with 675 Test wickets to his name, is relishing learning new tricks under a captain in Stokes who introduced a high-octane style that has inspired nine wins in the last 10 Tests.

‘I’ll be brutally honest and say I didn’t know he had this in him,’ said Anderson of Stokes. ‘I’ve always had him down as a lead-by-example kind of guy but actually he is just incredible.

‘He has so much emotional intelligence around the group, managing the players and what comes with the job.

‘He takes all the noise away so we can concentrate on cricket.