It’s the one race of the year when most Australians like to have a bet, yet it’s often the hardest race to find a winner.

Flemington will be back to a massive crowd of pre-pandemic proportions for the 162nd running of the Melbourne Cup. Office workers will be in the workplace, having sweeps again, and here’s how you can look like an expert by finding the winner in Australia’s great race.

This year’s event is a throwback to the old days of the Melbourne Cup, with only two internationally trained horses, as Racing Victoria continues to implement strict welfare protocols for gallopers.

But, over the course of the Cup’s history since 1861, trends have emerged to help you select one of the 23 runners on the first Tuesday in November.

This year, English-trained, Hong Kong-owned and Australian-ridden Deauville Legend dominates pre-race betting with a similar preparation to 2018 winner Cross Counter. But is he a smart bet?

Here are seven factors that could steer you towards this year’s winner based on facts and figures. 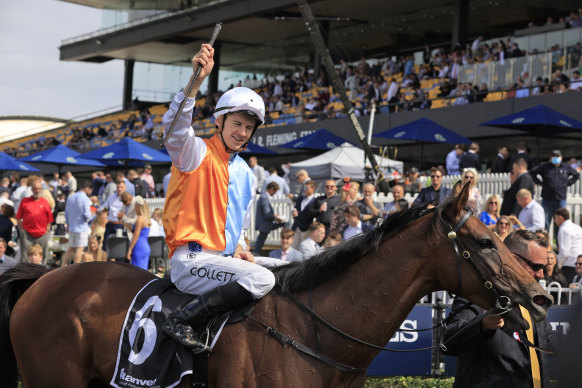 Montefilia has the right profile to win the Melbourne Cup on Tuesday.Credit:Getty

1. The numbers have it

Horses in barriers 11 (eight wins) and five (seven wins) have been the most successful in the Cup. But last year the curse of barrier 18 was broken when Verry Elleegant jumped from the gate that hadn’t produced the winner in 161 years. English raider Without A Fight will attempt to make it back-to-back wins for the unlucky barrier 18 on Tuesday.

Four and five-year-old horses have won the Cup 90 times. This century, 19 of the 22 winners have been won by horses aged either four, five or six, with Almandin and 2020 winner Twilight Payment the exceptions. Almandin won as a seven-year-old in 2016 as was Makybe Diva for her third victory in 2005.

The veterans of the field this year are Knights Order, Numerian and Grand Promenade. Four-year-olds bred on northern hemisphere time have had a great record, winning three of the past five years (Rekindling, Cross Counter and Vow And Declare). Favourite Deauville Legend will try to make it four with a record weight for his age.

Overall, stallions or geldings have won 71 times, and Verry Elleegant last year became the first mare since Makybe Diva’s final triumph to take the Cup. The girls might represent the best chance of keeping the Cup in Australia – through Duais and Montefilia – with Tralee Rose, High Emocean and Realm Of Flowers also in Tuesday’s field.

The most successful weights in Melbourne Cup history are 54.5kg and 53kg (nine wins) followed by 52.5kg and 51kg (eight).

Check the jockey silks: the main colour of royal or navy blue has won 20 times. Black has fared well, too, with 17 wins.

Compute all of those stats and you’re looking for a 10-1, four or five-year-old stallion or gelding wearing a number between four and 12, jumping from barriers 11 or five, carrying 54.5kg or 53kg, wearing black or blue silks.

And guess what? You’re never going to find a horse that ticks every single box. But you might be able to narrow down your fancies.

This year a few horses might catch your eye using this formula. 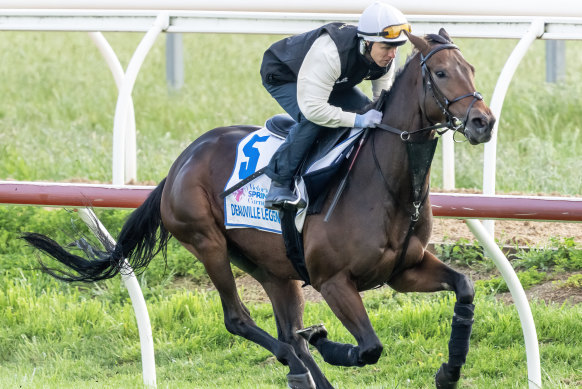 The one that really stands out is Montefilia, who will attempt to give former South African trainer David Payne a Melbourne Cup to go with more than 100 group 1 wins.

Montefilia is a five-year-old mare who will wear the No. 4 saddlecloth and jump from barrier 11. She will be around the $11 mark in betting. You could do a lot worse than using this formula to back Montefilia.

Young Werther has the right saddlecloth in 11 and, as a five-year-old in navy silks, he ticks off another couple of categories. He is prepared by Cup-winning trainer Danny O’Brien and carries 54kg, which is about the correct weight, given there is no horse with 54.5kg in this year’s race.

Gai Waterhouse and Adrian Bott-trained Hoo Ya Mal has the right saddlecloth in 12 and fits into the trend of northern hemisphere-bred horses that race as four-year-olds here. He was the English Derby runner-up this year and could give Waterhouse a second Melbourne Cup.

Another horse that ticks a few boxes is Realm Of Flowers. She has black in her silks and barrier five is an advantage on the stats. She is around the $12 mark, which is the sweet spot in betting.

On the numbers, favourite Deauville Legend has to be thrown in. He is a four-year-old from Europe, which has dominated the race recently, with three-time Cup-winning jockey Kerrin McEvoy to steer from gate nine. He will be asked to lump 55kg, which is four kilograms more than Cross Counter had when he won.

So if you’re trying to find the Melbourne Cup winner and don’t know how, you could do worse than following the facts and figures. Keep Montefilia, Young Werther, Hoo Ya Mal, Realm Of Flowers and, just to be safe, chuck in favourite Deauville Legend.