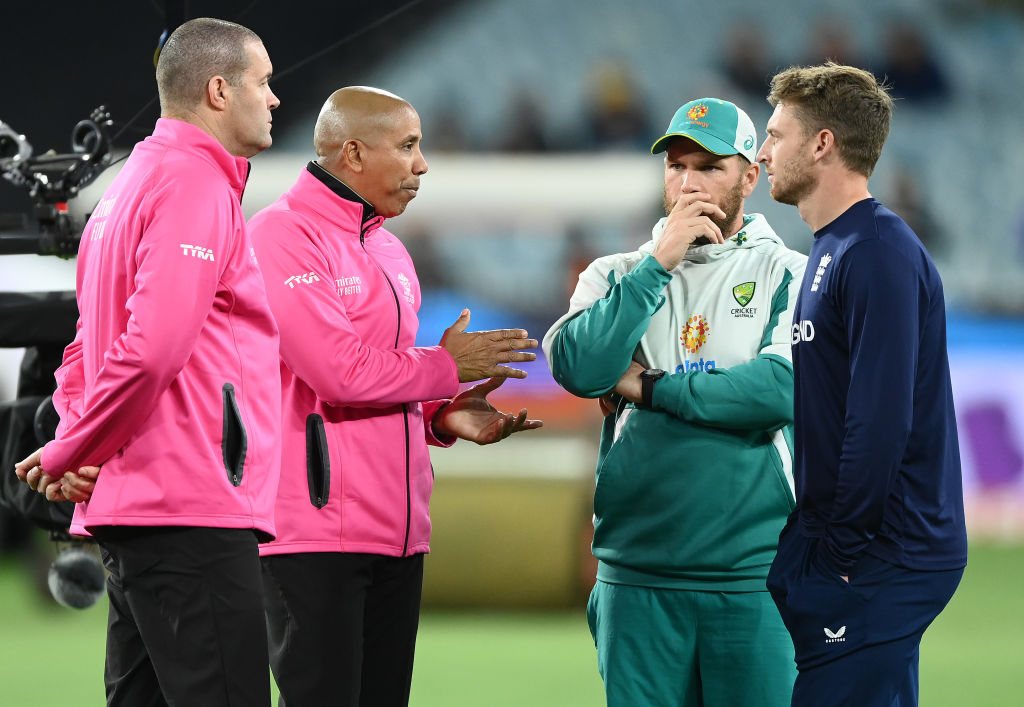 The much-anticipated T20 World Cup clash between Australia and England in Melbourne has been abandoned due to rain.

There was no play at all at the Melbourne Cricket Ground with conditions really poor and, despite officials taking as much time as possible in the hope things would improve, the match had to be abandoned.

Both teams leave with a point and their hopes of making it through to the semi-finals remain alive, which would not have been the case had there been a winner and a loser.

England are still to play New Zealand and Sri Lanka, knowing they will likely have to win those two matches to progress.

Jos Buttler’s side play New Zealand in Brisbane on Tuesday and then Sri Lanka in Sydney on Saturday. Australia have the seemingly easier task of facing Ireland and Afghanistan, although there have been plenty of shocks so far in this tournament.

England captain Buttler said: ‘It was due to be a massive occasion, full house here against Australia, one of the biggest games of your career, so very disappointed not to be able to play.’

Aaron Finch, Australia captain, added: ‘The outfield has taken a real drenching over the last couple of weeks, this is as wet as I’ve ever seen it here in Melbourne.

‘It’s more about player safety. It comes down to what is safe to play in. If you’re trying to run out there and stop, it’s a real issue.

‘It’s disappointing not to get on, but the amount of rain in Melbourne has been amazing.’