There could not have been sweeter TV viewing for England in their Sydney hotel today as Afghanistan gave them a big helping hand towards the Twenty20 World Cup semi-finals.

All eyes were on Adelaide where Australia’s faltering grip on a title they won in Dubai last year was weakened further with only the narrowest of wins against Afghanistan.

It means England can forget all about net run-rate when they play their final group match at the SCG on Saturday and instead concentrate all their efforts on defeating Sri Lanka. 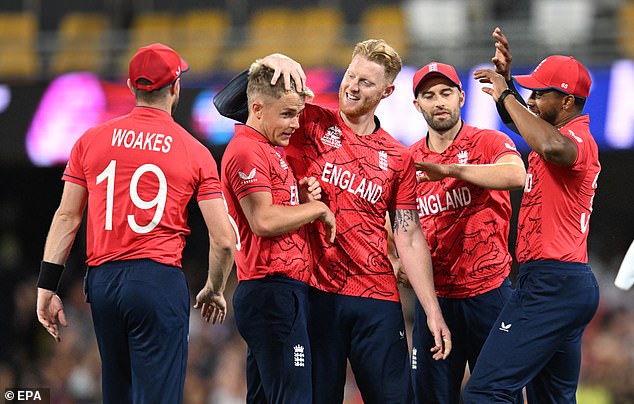 Victory would be enough to take England into the last four where they would face India in Adelaide on Thursday unless they win by such a huge margin they would pip New Zealand and top the group. Then it would probably be South Africa instead in Sydney.

England cannot afford to get ahead of themselves. They are playing on a used SCG pitch tomorrow against a Sri Lanka side crammed with top quality spin who have turned their tournament around since losing to Namibia at the very start of this World Cup.

But for now at least England can enjoy Australia’s misfortune in struggling to defeat an Afghanistan side and their English coach in Jonathan Trott who would surely have pulled off a famous triumph had they not lost three wickets in one Adam Zampa over.

Even then Rashid Khan came agonisingly close to making cricketing history when he smashed an unbeaten 48 off 23 balls as Afghanistan fell just five short of surpassing Australia’s 168 for eight. 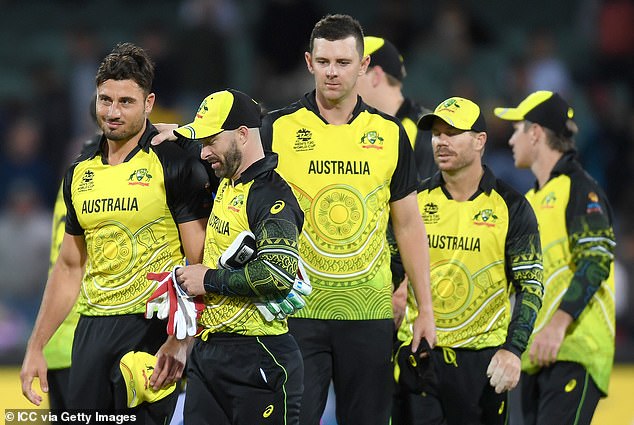 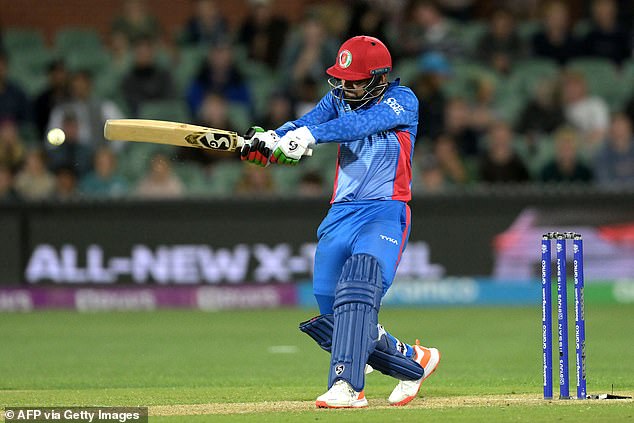 Rashid Khan smashed a spectacular 48 off just 23 balls as Afghanistan took the game deep, meaning net run rate will now not be an issue during England’s game on Saturday

The hosts are just about still in this World Cup but it is proving a chastening experience for them and a home audience who have largely been indifferent to a tournament played at the wrong time of year and often in miserable weather. Only 18,000 turned up on Friday at an Adelaide Oval that holds 55,000.

Australia were without their injured captain Aaron Finch in Adelaide and created controversy by leaving Mitchell Starc out of the side. The inquests will be long should England complete their misery tomorrow by knocking them out of their own tournament.

It must be in England’s favour that even the most narrow win would see them advance on net run-rate and they do not have to take into account any mathematical equations.

So, too, is the decision of the ICC to give England the last game in this group rather than try to play all final matches simultaneously, as in the style of the Premier League, to avoid handing any side an advantage. 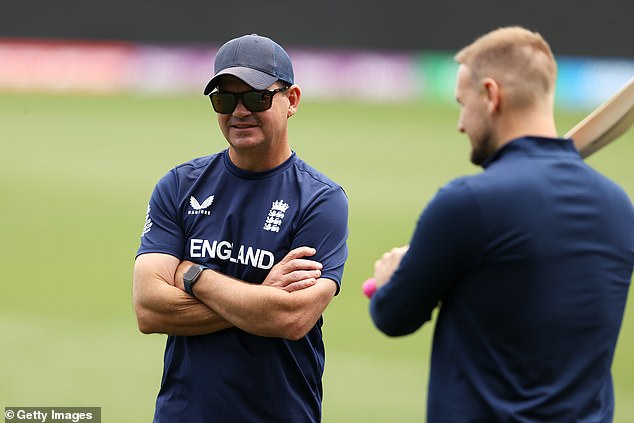 It is no surprise that India play last in the other group on Sunday but if anyone was going to gain an edge in Group One it could have been expected to be hosts Australia.

Not so, much to England’s satisfaction. ‘I think it does play to our advantage,’ said England’s Alex Hales on Friday. ‘I guess we would have been pretty confident whatever we were asked to do but as long as we play well now hopefully everything else can take care of itself.’

England might have to again overcome conditions not associated with Australia to make the most of that advantage. It does seem odd so many matches here have been played on used pitches and tomorrow will be no exception with a third game in quick succession held on the same surface.

Former England captain Eoin Morgan, here as a broadcaster rather than playing in this tournament as his swansong as originally planned, had a look at the SCG pitch on Friday and thought it might also be a little two-paced for the seamers.

That does not exactly encourage England’s preference for big hitting on flat surfaces but opener Hales is confident they can adapt, as they did at the Gabba against New Zealand, who today qualified for the last four with a comfortable defeat of Ireland.

‘It hasn’t been what we’ve expected here,’ admitted Hales. ‘But I guess with it being Spring in Australia and with all the rain around there was always going to be a bit more swing and seam. The biggest thing is to be adaptable.’ 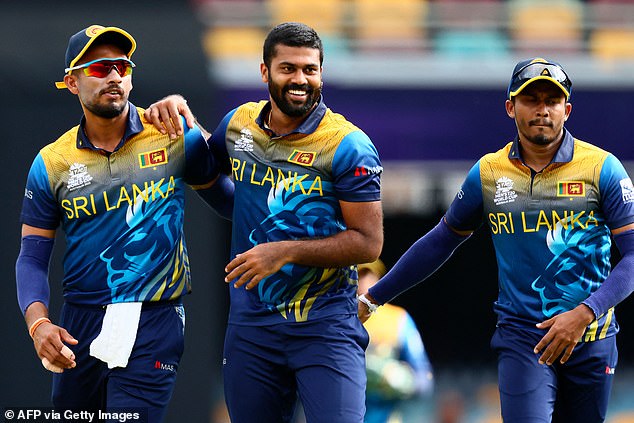 But they come up against a dangerous Sri Lankan side, who are full of top quality spin options 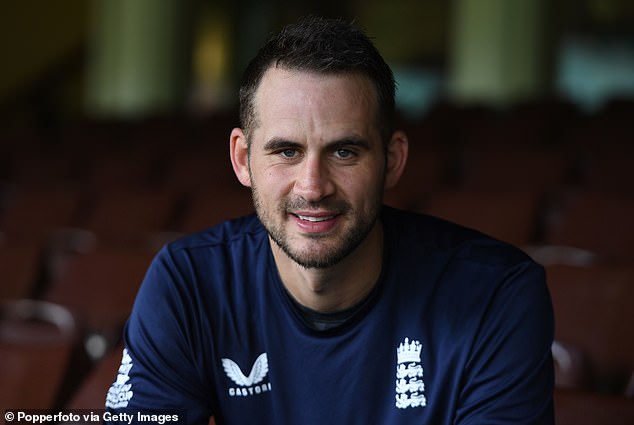 England really should have enough to beat Sri Lanka tomorrow and fulfil what would have been their minimum objective ahead of this tournament in reaching the final four. Then a mouth-watering date with Virat Kohli and India in Adelaide would probably await.

‘It would be very special to get through,’ added Hales, who was denied his part in England’s 2019 50-over World Cup triumph when he was dropped on the eve of the competition after it emerged he had failed a second test for recreational drugs.

‘Certainly on a personal level to have the chance to play knockout cricket in a World Cup would be an amazing feeling. You have to beat some very good teams to get into the semi-finals and it would be an excellent achievement for us in what has been a tough group. We need to play one more good game of cricket and we will be at that stage.’

The stage is set then, less than a year after another Ashes debacle, for England to pull off a notable achievement in Australia and put the old enemy out at the same time. And they do not need any more motivation than that.