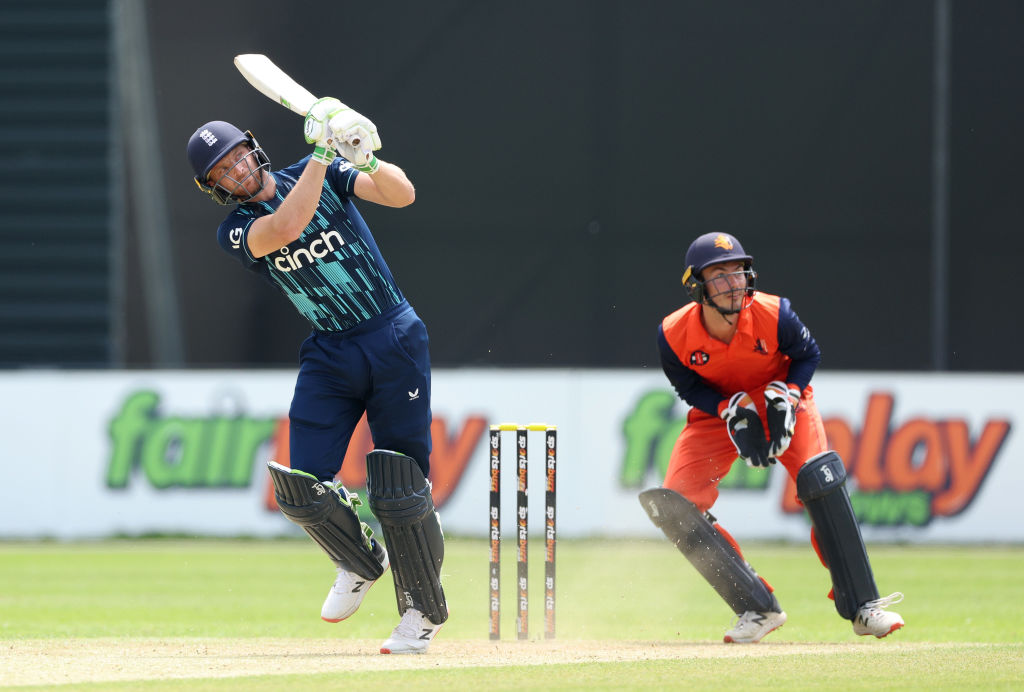 England have made the highest one-day international total in history as Jos Buttler’s stunning 47-ball century helped the side break the record they set in 2018.

Eoin Morgan’s side racked up 498-4 in 50 overs against a shell-shocked Netherlands, surpassing the 481-6 they made against Australia four years ago

Buttler’s hundred in Amstelveen was the second fastest in ODI history by an England player, with the 31-year-old failing to break the record he set in 2016 by just one ball.

He finished on 162 not out from 70 balls, smashing 14 sixes and seven fours in a remarkable display of power hitting.

Liam Livingstone made the second-fastest ODI half-century, reaching the milestone from just 17 balls and finishing on 66 not out from 22 balls.

The platform was set by a 222-run partnership between Phil Salt and Dawid Malan, who both made tons at better than a run-a-ball.

England’s white-ball team are playing three ODIs against the Netherlands while the Test side continue their three-match series against New Zealand.

That means England’s one-day team are without star all-rounder Ben Stokes and in-form Joe Root, although their absences were not felt in Amstelveen today.

Netherlands won the toss and made a strong start after electing to bowl first, dismissing England World Cup winner Jason Roy in the second over.

But Salt and Malan put on 222 in the next 27 overs as Netherlands toiled in the sunshine, with Salt’s first England century coming off 82 balls.

Malan, who was the top-ranked T20 player in the world last year, anchored the innings with another fluent century, his third in international cricket.

At the other end, Buttler was producing an all-time great innings and threatened to break his own record for England’s fastest ever century.

That was not to be but the wicketkeeper-batter, who was in brilliant form during the recent Indian Premier League, went on to make an unbeaten 162, England’s fourth-highest individual score in ODI cricket.

England white-ball captain Morgan was dismissed for a first-ball duck but his dismissal brought Livingstone to the crease and another spell of astonishing hitting proceeded.

The Lancashire star smashed six sixes and six fours from the 22 balls he faced, ending unbeaten on 66 as England fell just two runs short of 500.