‘Hungry’ Jimmy Anderson still has a major role to play for England in the Ashes, insists Jos Buttler… with their record wicket-taker rested for opening Test in Brisbane as fitness precaution

Jimmy Anderson can keep playing Test cricket next summer and beyond, despite being left out of the Ashes opener at Brisbane. That’s the view of England wicketkeeper Jos Buttler, as Australia reacted with disbelief to Anderson’s omission from the Gabba.

England insisted they had always planned to leave their leading wicket-taker out of the first Test as they try to manage him through a punishing schedule of five games in six weeks.

And Buttler claimed there was no reason Anderson couldn’t continue to take wickets well into 2022, when he turns 40. 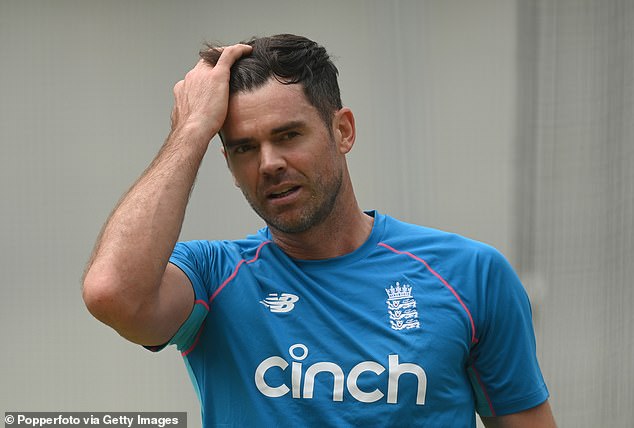 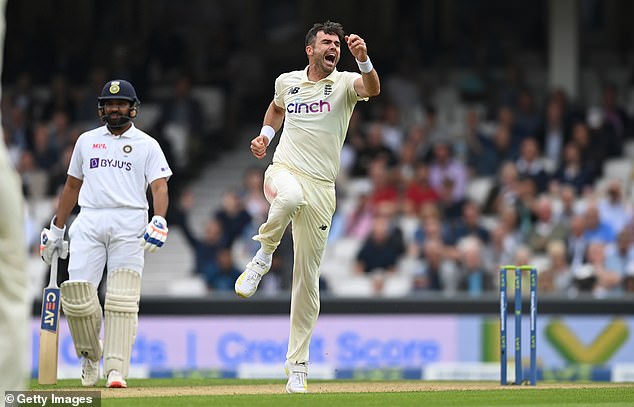 ‘It seems that age is just a number for Jimmy,’ he said. ‘He’s in fantastic shape, his skills are brilliant as always and he still seems to be trying to improve and learn new things.

‘That hunger doesn’t seem to be wavering at all. He still gets just as grumpy if he bowls a bad ball, and that competitiveness is incredibly high in anything he does, let alone on a cricket field.

‘I certainly see him wanting to continue as long as he can, and there doesn’t feel like there’s anything in the way of him doing that at the moment.’

The England management played down suggestions Anderson was being omitted because of a calf injury, leaving some in Australia incredulous that the tourists would willingly go into the series without a bowler who has 632 Test wickets to his name, including 104 in the Ashes. 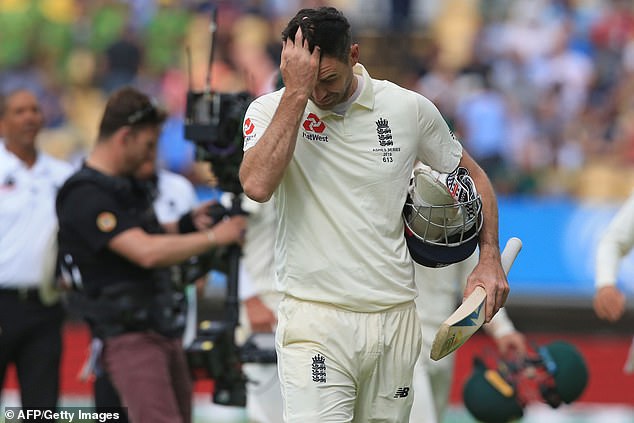 ‘This is crazy nonsense and hard to believe,’ tweeted former Test batsman Damien Martyn. ‘Australia would be very happy he is not playing #mindboggles.’ Shane Warne, meanwhile, described his absence as a ‘huge loss’.

But Anderson’s record at Brisbane is among the worst of the 44 Test venues he has played at: seven wickets at 75 apiece, with a strike-rate of 140. And with the fifth Test – which has been removed from Perth because of Western Australia’s strict Covid quarantine regulations – now set to be the series’ second day-night affair, England are happy to keep him fresh for the challenges ahead.

The first of those two pink-ball games starts on December 16 at Adelaide, where Anderson has 16 wickets at 29. Stuart Broad, by contrast, averages 24 at Brisbane and 47 at Adelaide, and may yet sit out the second match.

Foremost in the minds of captain Joe Root and head coach Chris Silverwood, though, is what happened to Anderson at the start of the last Ashes in 2019, when he limped out of the series after bowling just four overs at Edgbaston, allowing Australia to take a 1-0 lead against what effectively became a 10-man team. 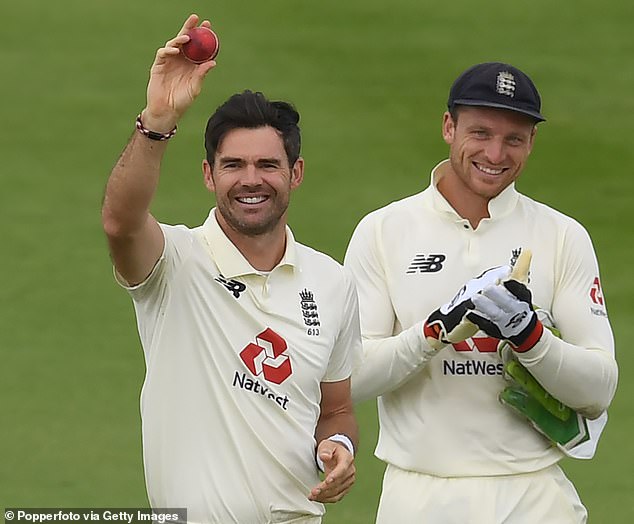 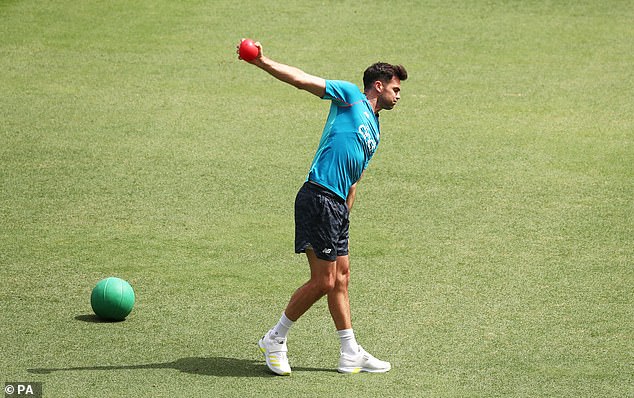 An England spokesperson said: ‘He bowled at full capacity on Monday for just short of an hour and was in a good place physically.’

Buttler added: ‘Jimmy is fit but the guys are just being cautious. It’s a very long series and we want a guy like that to be available to play as much of a part as possible. It’s just precautionary.’

England’s wicketkeeper also admitted he and his team-mates needed to ease the burden on Root in a year in which his pre-Ashes Test tally of 1,455 is more than 500 clear of anyone in the world, and almost 1,000 ahead of his nearest team-mate, opener Rory Burns.

‘We know he’s our best player with the bat, so we want to support him and share that load,’ said Buttler. ‘He’s been in incredible form this year, and he feels it’s a defining series for him. But, in my eyes, I can’t say it would be over such a long period and a great career that he’s had.

‘It’s a massive moment as an Englishman to come here to captain an England team in Australia. We are determined to help shed that load on him.’ 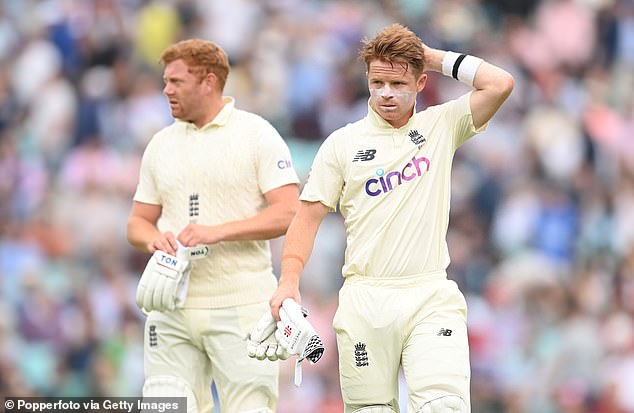