‘Usman Khawaja just delivered the biggest selection “f*** you” of all time!’ Fans go wild after Australia batsman’s second century in fourth Ashes Test with one even calling to ‘build him a statue’

Fans took to social media in their droves to lavish praise on the magnificent Usman Khawaja after his second century in the fourth Ashes Test.

Australia declared with Khawaja on 101 not out, backing up his magnificent 137 from the first innings on his comeback Test.

Khawaja was only given the chance to play after Travis Head was ruled out with Covid and cricket fans from around the world revelled in his incredible return to the team. 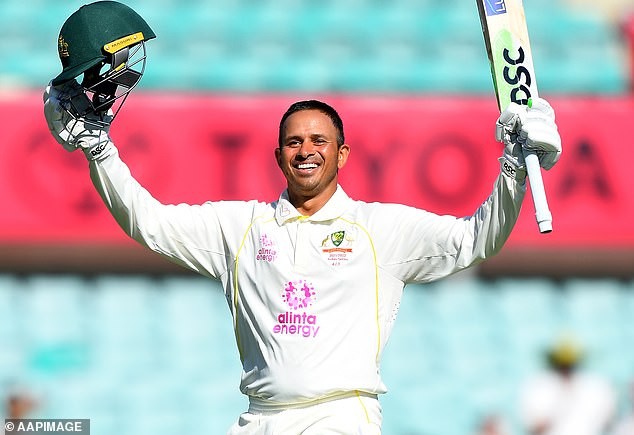 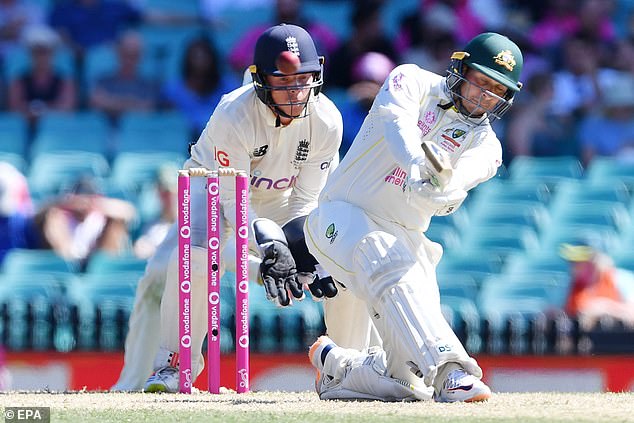 One wrote: ‘Build Usman Khawaja a statue. The fact he hasn’t fit into our best 11 for two years is beyond me.’

Another added: ‘What a comeback performance by Usman Khawaja!! Well and truly silenced any doubts he can excel at Test level.’

There are a number of tweets calling out the selectors, with one summing up the sentiment: ‘Usman Khawaja just delivered the biggest selection ‘f*** you’ of all time.’

Another wrote: ‘From being exiled in Tests to being the star of an Ashes Test. What a comeback!’

‘He’s been given this unexpected chance due to Covid. Two hundred in a game is an extraordinary effort and the wicket might have got a little bit easier. It’s a pleasure to watch and an extraordinary game for them.’

It included 10 fours and two sixes, with Australia setting a big chase of 388 to win the match. Khawaja must surely play in the final Test of the series and a century in both innings’ must make him undroppable for the time being.

Head, who he replaced, has also been playing well in the Ashes and notched a memorable century of his own so it will be interesting to see who the selectors leave out. 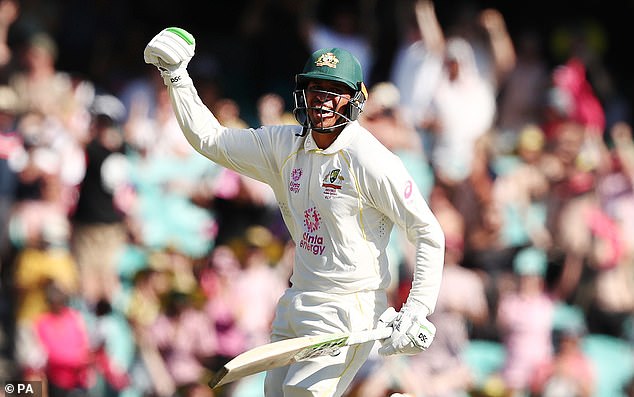