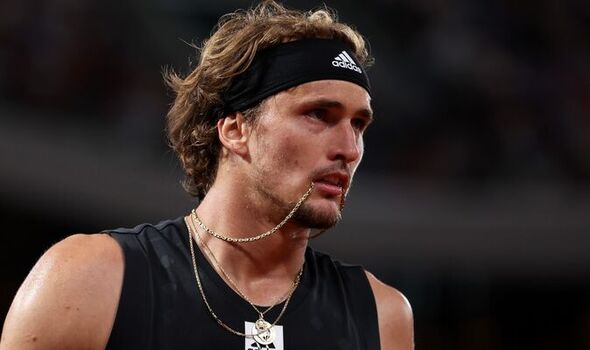 Alexander Zverev looks unlikely to mount a comeback before the end of the 2022 season after he was left out of Germany’s squad for next month’s Davis Cup Finals. The world No 6 has not competed since the French Open semi-final in June when he went down injured and tore several ligaments before being diagnosed with a bone edema last month and will now be sidelined until at least January.

Zverev has been out of action for almost five months, snapping his ligaments when he went down on the court screaming in pain during his Roland Garros match against Nadal in June. The 25-year-old was taken off court in a wheelchair before returning to officially retire from the match, and has not been seen on a court since.

He was set to return during last month’s Davis Cup group stages but instead was diagnosed with a bone edema, announcing that he had to undergo a new surgery that would leave him sidelined once again. Germany was still able to qualify for next month’s Finals while Zverev cheered his team-mates on from the sidelines, though the 19-time title winner looks set to miss the knockout stage after a new injury update from the German Tennis Association.

The former world No 3 was left off the list as Michael Kohlmann named his squad to face a strong team Canada in the quarter-finals, and the country’s federation said: “At the moment it doesn’t look like Alexander Zverev will be ready for action again until the Davis Cup.”

It comes just days after the German pulled out of next week’s Paris Masters 1000, and with Zverev no longer in contention for a spot at the ATP Finals it appears his 2022 season has come to an end without an appearance at the Davis Cup. Oscar Otte, Jan-Lennard Struff, Yannick Hanfmann and doubles Grand Slam winners Tim Putz and Kevin Krawietz have been selected for the squad in his absence.

Germany will have a tough task from the get-go at Finals week in Malaga as they face a stacked Canadian team in the quarter-finals, headed by current world Nos 9 and 19 Felix Auger-Aliassime and Denis Shapovalov. The winners will face either the United States or Italy.

In the other quarter-finals, Spain will face Croatia while Australia take on the Netherlands. Meanwhile, Zverev is still expected to make an appearance before the end of the year at an exhibition in Saudi Arabia, signing up for the Diriyah Tennis Cup alongside world No 4 Daniil Medvedev.

But his fans will have to wait until January at the earliest to see the 25-year-old back in action on the official tennis tour, as he will now aim to return in time for the Australian Open.