Rafael Nadal has a chance encounter with Serena Williams

Italian former world No 9 Fabio Fognini has seemingly accused Rafael Nadal of faking an injury during Wednesday’s marathon Wimbledon quarter-final against Taylor Fritz. Nadal came back from a set behind twice and overcame certain retirement to defeat the American 11th seed on Centre Court.

After losing the first set, Nadal called a medical timeout in the second as his trainer entered the court to see to his issues. Cameras even caught his family urging him to retire as an abdominal injury, strapped in recent matches at the All England Club, looked to have taken its toll.

However, the iconic Spaniard battled through with brown strapping on the right side of his belly and defeated his 24-year-old opponent 3-6 7-5 3-6 7-5 7-6 in a gruelling affair lasting four hours and 21 minutes. And the manner of his latest triumph, his 17th on the bounce in Grand Slam competition, prompted overwhelming support from those in attendance and mass praise from viewers globally.

However, Fognini, who exited Wimbledon in the first round, wasn’t buying his injury story. In response to an article about Nadal’s latest triumph, the 35-year-old Italian took to Instagram to underline part of the headline that said he fought back from injury and wrote underneath: “For sure. Guys stop believe in what you read PLEASE!!!” 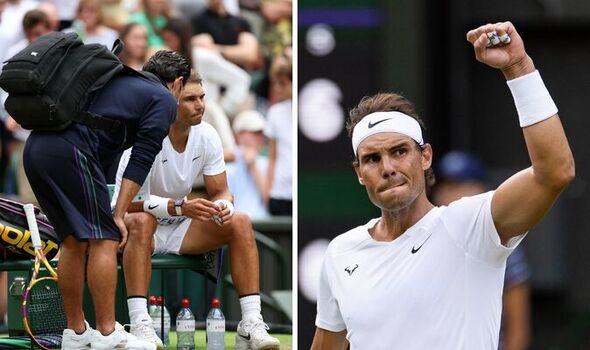 His hard-fought victory against Fritz set up a mouthwatering semi-final clash with arguably the headline star of Wimbledon 2022, Nick Kyrgios. The Aussie has battled his way into the first Grand Slam semi-final, cruising past Chilean Cristian Garin in straight sets while Nadal’s match raged on.

However, after his quarter-final win, the 22-time Slam winner claimed he wasn’t sure if he’d be able to recover in time to face Kyrgios. “I don’t know,” Nadal admitted. “I’m going to have some more tests. It is difficult to know. I am used to having things, and I am used to having pain and playing with problems. Let’s see. 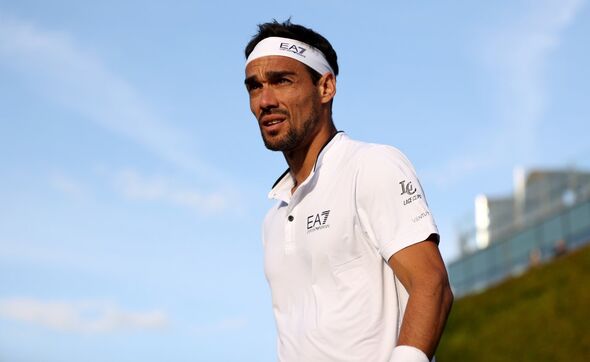 If Nadal can’t make the match, Kyrgios would receive a walkover into the final against first seed Novak Djokovic or British No 1 Cameron Norrie. But fans will hope and pray the 36-year-old can continue his incredible bid for a third Wimbledon title and Calendar Grand Slam.