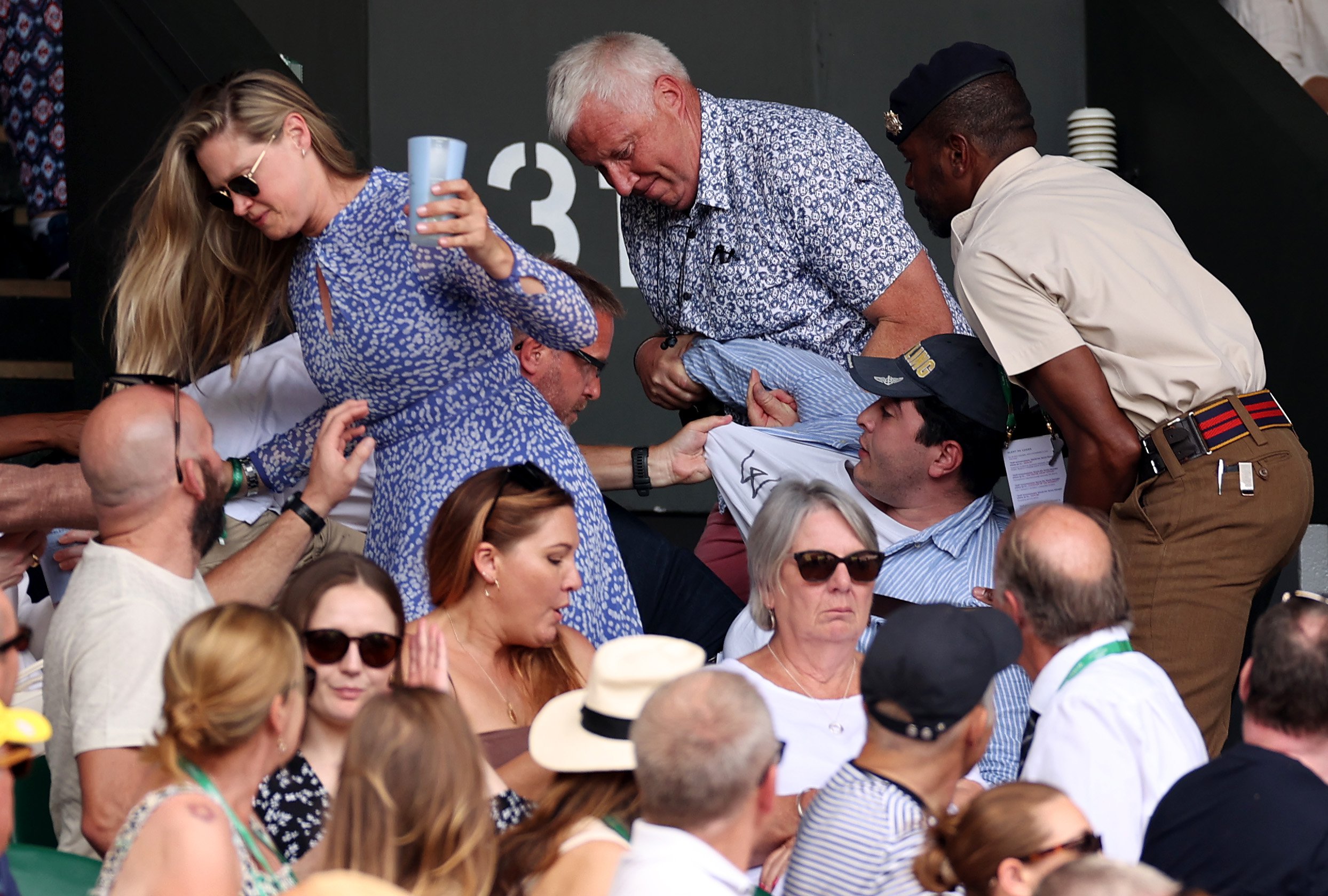 A protester who shouted ‘where’s Peng Shuai?’ during the men’s Wimbledon final between Novak Djokovic and Nick Kyrgios was ejected by security.

During the third set, Drew Pavlou held up a sign which read, ‘where is Peng Shuai?’ and shouted: ‘Where Is Peng Shuai, Chinese tennis star persecuted by the Chinese government, why won’t Wimbledon say something?’

Pavlou, who is among the activists who have raised awareness about Peng’s situation in China at Wimbledon this week, was swiftly ejected by security.

Giving his version of events, Pavlou wrote on Twitter: ‘I held up a sign at the Wimbledon Final saying “Where Is Peng Shuai.” I shouted “Where Is Peng Shuai, Chinese tennis star persecuted by the Chinese government, why won’t Wimbledon say something?” Security pushed me over one of the rows and we all tripped over it.

‘Then one of the security guards who tripped, a guy in a blue Hawaiian shirt, he wanted to get back at me and hurt me, he pushed me with full force down the steps and I fell head first. He then grabbed me and smashed me up against the wall and twisted my arms behind my back.

‘As he smashed me against the wall he said “the police are coming to arrest you now.” team of security treated me like a terrorist, kept my arms twisted really painfully behind my back as they expelled me from the stadium, all while saying they were sympathetic to my cause.

‘I didn’t want to disrupt the match, I just held up the sign and security started attacking me, it was only at that point I shouted out Where Is Peng Shuai because I wanted to get the message out, sorry Nick Kyrgios. I love you man hope you win the match.’