Nick Kyrgios and Novak Djokovic contest this year’s Wimbledon final with the Serbian eyeing a remarkable fourth successive triumph at the All England Club. Djokovic can move just one Wimbledon title behind eight-time winner Roger Federer if he secures a fourth straight win in what is his 32rd Grand Slam final.

Kyrgios has by contrast never previously got past a quarter-final of a major before this. He comes up against a vastly more experienced player in 20-time Grand Slam champion Djokovic but the Australian does have the benefit of an extra days’ rest. While Djokovic was seeing off Briton Cameron Norrie in a four-set semi-final on Friday, Kyrgios was resting up with his final-four meeting with Rafael Nadal cancelled due to the Spaniard’s injury.

Kyrgios is looking to become the first Aussie Wimbledon champion since Leyton Hewitt in 2002. He has courted controversy throughout this year’s tournament due to his fiery on-court nature but has not received treatment as rough as Djokovic in London, with the world No 3 booed for his celebrations after beating Norrie.

Neither player will benefit from ranking points despite reaching this final however as the ATP stripped Wimbledon of its points in reaction to the Championships banning Russian and Belarusian players from competing. 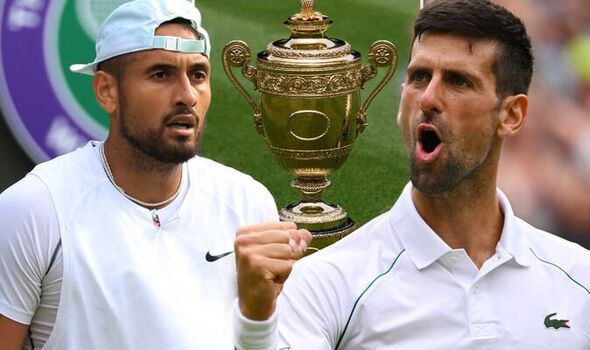 When is the Wimbledon final and how can I watch it?

The match can be watched for free on BBC One, with coverage beginning at 1pm, and will also be shown on Eurosport Two with the subscription channel’s show starting at 1.30pm. The match can also be live streamed online on BBC iPlayer.

How much prize money will the winner earn?

Whoever wins between Kyrgios and Djokovic will earn £2million, which is actually down from the £2.35m available the last time Wimbledon welcomed full capacity crowds pre-Covid in 2019. 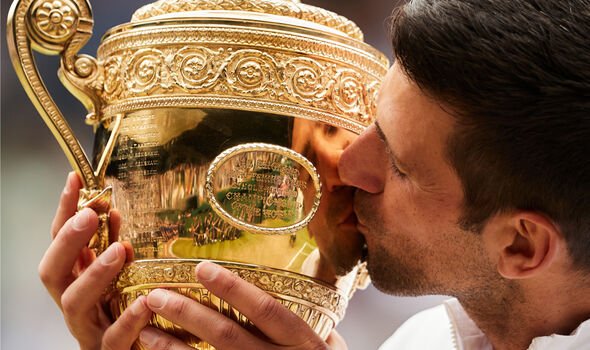 What have the players said?

Djokovic said: “One thing is for sure, there will be a lot of fireworks emotionally, from both of us. It’s going to be his first Grand Slam final and he’s going to be very excited. He doesn’t have much to lose, and he’s always playing like that.

“He plays so freely, he has one of the biggest serves in the game. He has a lot of power in his shots. We haven’t played for some time. I’ve never won a set off him so hopefully, it can be different this time. It’s another final for me here, so hopefully, the experience can work in my favour.”

“I feel like it’s the pinnacle of tennis. Once you are able to raise a Grand Slam trophy, that’s like, I mean, kind of what else is there to achieve? So I never thought I’d be here. I’m just super proud and I’m just ready to go. I’m going to give it my all and we’ll see what happens.”