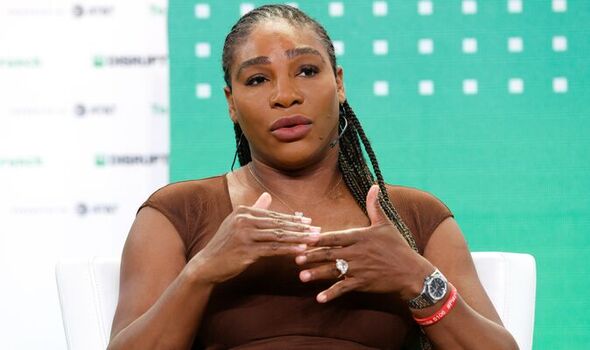 Serena Williams has dropped a huge hint that she may consider returning to the tour following her recent farewell at the US Open. The 41-year-old announced that she would be “evolving away from tennis” a few weeks before her home Grand Slam tournament but has now claimed that she never “retired”.

Williams’ 27-year career came to an end at last month’s US Open as she lost a three-set battle to Ajla Tomljanovic in the third round. In August, the 23-time Major winner penned an open letter in Vogue magazine announcing that she would be “evolving away from tennis”, with the US Open holding a retirement ceremony for their six-time champion following her first round win.

The former world No 1 has continued to throw in some sly hints that she may not be done with tennis just yet, and when asked whether she would consider a return following her final match against Tomljanovic, she said: “I don’t think so, but you never know. I don’t know.”

And the 41-year-old has now made her biggest hint yet that a retirement U-turn could be on the cards as she claimed she hadn’t “retired” at one of her biggest appearances since her farewell match. “I am not retired,” Williams said according to the San Francisco Standard, speaking at the TechCrunch Disrupt conference.

And addressing the chances of making her way back onto the WTA Tour, the 73-time title winner said: “The chances [of me returning] are very high. You can come to my house and [see] I have a court.”

But Williams has also been enjoying her post-retirement life, as she recently joked that she should have ended her career a decade sooner. “The whole time I was stressed out, I thought I was going to be really miserable and just scared of this whole article coming out,” she told Jimmy Fallon last month, speaking about the letter she wrote for Vogue announcing the end of her career.

But Williams was surprised by how she felt after the cat was finally out of the bag, joking: “When it came out I was actually relieved and I didn’t expect to feel that way. I felt pretty good and then I was like ‘okay, yeah’. It’s like when you want to accomplish something and then you finally do it and you think – ah that wasn’t so bad. I should’ve done it ten years ago!”