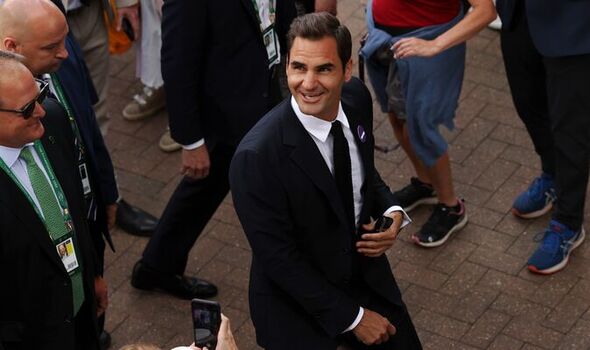 Roger Federer is back at Wimbledon today for a special Centre Court presentation a year after he last competed in the quarter-final here. But the eight-time champion at the All England Club is not back as a competitor this year as he continues his comeback from a third knee surgery, targeting a comeback in London later this year.

Federer has made a surprise appearance at SW19 as the tournament celebrates 100 years of Centre Court on what is the first-ever Middle Sunday with official competition. It will be a welcome sight for the fans at Wimbledon after they were denied the chance of watching the former world No 1 play this year.

The 20-time Major champion has been out of action for 12 months after suffering a “setback” with his troublesome knee during last year’s grass season. He was knocked out of Wimbledon in the quarter-final as Hubert Hurkacz defeated him 6-3 7-6(4) 6-0 and underwent his third knee surgery in under two years.

Federer’s coach confirmed earlier this year that the would not be back in time for Wimbledon following the surgery in August of last year, as he continues his rehab and recovery for a comeback at the Laver Cup in London’s O2 Arena from September 23 to 25, where he will represent Team Europe alongside Rafael Nadal and Andy Murray. 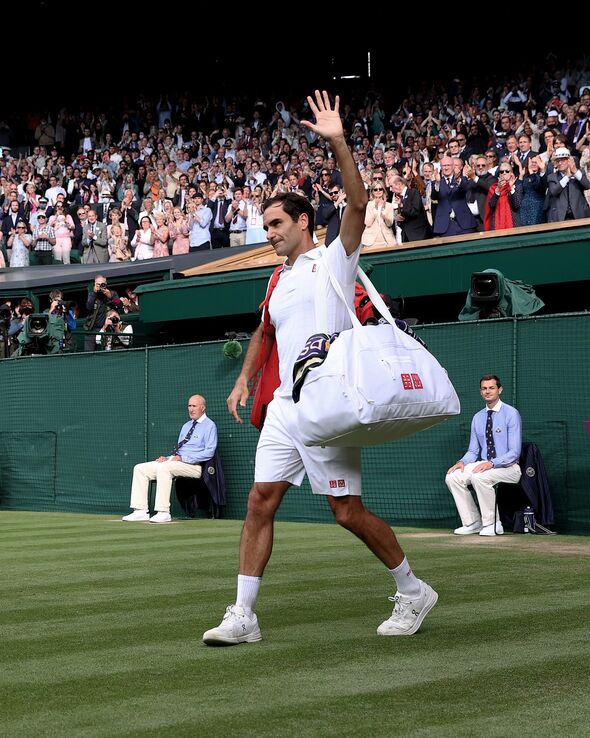 “At the moment, I don’t envisage him playing Wimbledon,” Severin Luthi told Tages Anzeiger back in March. While today’s visit to the All England Club is just a flying one for Federer, the tennis icon will be back in London for his comeback in less than three months.

The 103-time title winner will be at the Laver Cup before making his ATP Tour return at his home tournament in Basel a month later, and is hoping to play a longer schedule next year, which could include a return to Wimbledon as a competitor. “Yes, definitely,” Federer told Tages-Anzeiger when asked if he wanted to return to the ATP tour in 2023. “How and where, I don’t know yet. But that would be the idea. 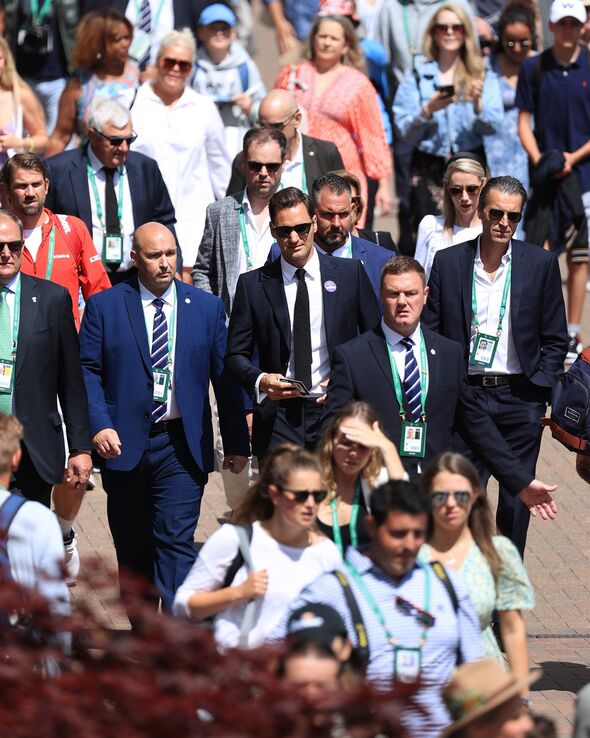 “I haven’t planned more than the Laver Cup and Basel yet. After Basel, the season is over anyway. It’s important for me to get fit again so that I can train fully. Once I’ve done that, I can choose how many tournaments I play and where.

“The Laver Cup is a good start, I don’t have to play five matches in six days. I will have be able to do that in Basel. But I’m hopeful, I’ve come a long way. I’m not far away…”