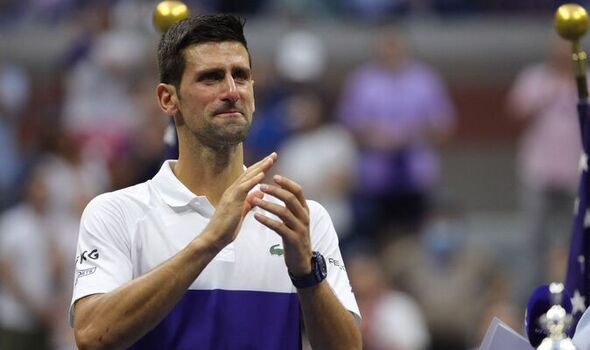 The US Open have released a statement in response to Novak Djokovic announcing he will not be travelling to Flushing Meadows for the final major of the year. Djokovic has been unable to play in any of the warm-up events to the US Open due to his vaccination status and America’s current restrictions for non-US citizens.

The Centers for Disease Control and Prevention (CDC) had given Djokovic some hope that they would lift restrictions for those unvaccinated against Covid-19 to enter the country when they announced they would not discriminate between those who have and haven’t received the vaccine. Djokovic had remained on the US Open website heading into Thursday’s draw, but it was looking increasingly unlikely he would be able to travel.

Just an hour before Thursday’s draw, Djokovic took to social media to announce that he would not be competing in this year’s US Open. He tweeted: “Sadly, I will not be able to travel to NY this time for US Open.

“Thank you #NoleFam for your messages of love and support. Good luck to my fellow players! I’ll keep in good shape and positive spirit and wait for an opportunity to compete again. See you soon tennis world!” 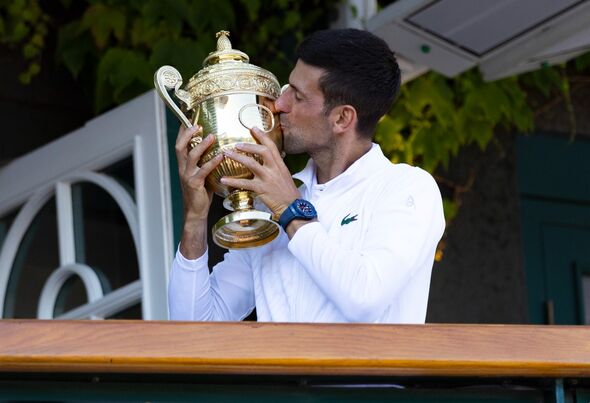 And the US Open have now responded with a statement of their own, insisting they’re hopeful restrictions will be lifted in time for Djokovic to play in next year’s event.

Stacey Allaster, US Open Tournament Director, said: “Novak is a great champion and it is very unfortunate that he will be unable to compete at the 2022 US Open, as he is unable to enter the country due to the federal government’s vaccination policy for non-US citizens. We look forward to welcoming Novak back at the 2023 US Open.”

Djokovic will likely plummet down the men’s rankings due to his inability to play at the US Open. With the ATP stepping in to scrap ranking points from this year’s Wimbledon, Djokovic dropped to No 7 in the world and will fall even lower by the time the US Open ends.

He reached last year’s final before being defeated by Daniil Medvedev, who denied him the chance of winning the Calendar Grand Slam. The Serbian tennis icon will lose 1,200 points after reaching last year’s final and performances from the likes of Cameron Norrie, Hubert Hurkacz and Andrey Rublev could well push Djokovic out of the top 10.

Djokovic has not been outside of the top 10 since 2018 when he was recovering from undergoing surgery.