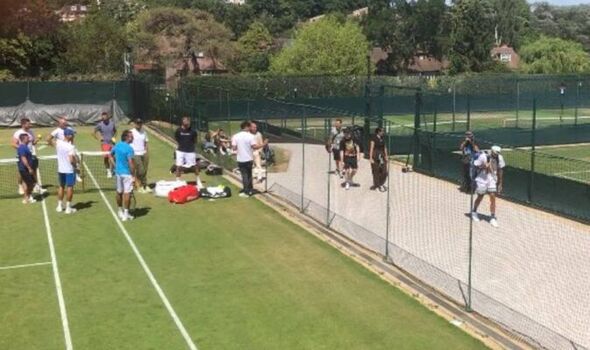 Novak Djokovic and Nick Kyrgios shared a brief exchange on the practice courts on Saturday ahead of their Wimbledon final. The two polarising tennis stars face off in one of the most hotly-anticipated Grand Slam finals with Djokovic admitting that he expects “fireworks” on both sides of the net.

Had this match happened just last year, there would have been a sub-plot to what used to be a turbulent relationship off the court between the pair. Kyrgios called Djokovic’s decision to host the ill-fated Adria Tour event during the height of the Covid pandemic as “boneheaded” with the Serbian later saying he has “no respect” for the Australian.

But that relationship has been amended somewhat ever since Djokovic’s deportation fiasco from the Australian Open earlier this year. Kyrgios was one of just a few players who stuck up for the world No 3 at the time and Djokovic has since paid his respect to his rival for speaking out.

The pair have now got to a stage in their friendship that they even speak regularly on Instagram via direct message. Both were on the practice courts on Saturday in preparation for Sunday’s final and the pair shared a light-hearted exchange as Kyrgios was walking off the court and Djokovic was warming up.

JUST IN: Norrie’s plans after Djokovic Wimbledon loss as he shares gesture 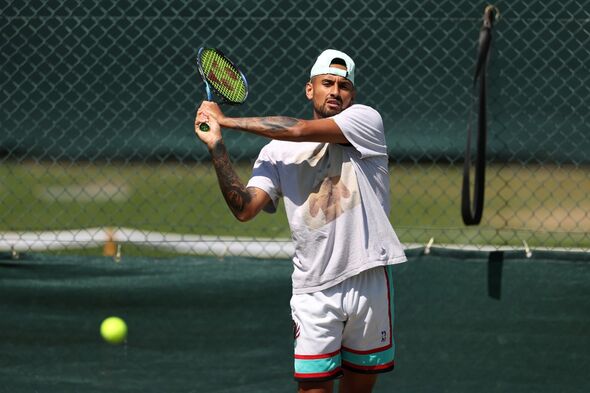 Djokovic appeared to reference Kyrgios recently saying the pair have a “bromance” when he said: “It took you five years to say something nice about me [laughs]. Kyrgios was then heard replying: “But I defended you when it mattered.

And Djokovic admitted that Kyrgios’ support at the time really meant a lot to him: “You did, I appreciate that.”

Speaking in Friday’s press conference after his win over Cameron Norrie, Djokovic stopped short of agreeing with Kyrgios’ assessment of their “bromance”. But the No 3 seed at Wimbledon does admit that the situation in Australia earlier this year brought them closer together.

“I don’t know if I can call it a bromance yet, but we definitely have a better relationship than what it was probably prior to January this year,” Djokovic said.

“But when it was really tough for me in Australia, he was one of the very few players that came out publicly and supported me and stood by me. That’s something I truly appreciate. So I respect him for that a lot.