Ajla Tomljanovic has withdrawn from the United Cup to recover from a minor knee injury, leaving Australia without their top-ranked women’s and men’s player for the tie against Spain.

Tomljanovic, who made the quarter-finals at both Wimbledon and the US Open, was a 11th-hour withdrawal from Australia’s opener against Great Britain, robbing the team of their two stars for the $22 million event after Nick Kyrgios’ controversial withdrawal.

While Tomljanovic’s injury was only considered minor, she has pulled out of a clash against Spain’s world No.13 Paula Badosa on Tuesday night.

It means Zoe Hives will now take on Badosa as Australia’s top-ranked women’s player left in the United Cup, with Maddison Inglis to meet Nuria Parrizas Diaz on Monday night.

Kyrgios has also rested from the inaugural, mixed gender United Cup to rehabilitate an ankle complaint, sparking a war of words with co-captain Lleyton Hewitt, who said the Wimbledon finalist should have responded to requests over his fitness.

Alex de Minaur was soundly beaten by Cameron Norrie as Great Britain cruised to a 3-2 win in the opening tie against Australia. De Minaur will be vying for his first win over Nadal in front of a packed Ken Rosewall Arena on Monday night. 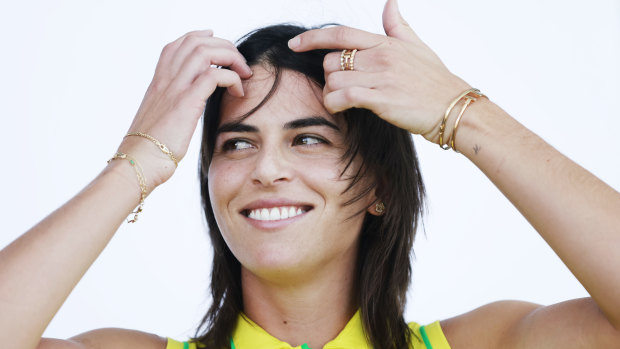 Asked about Tomljanovic’s injury, Hives said: “I think she’s all good, and she’s just making sure she’s ready for [the Australian Open].

“I’m playing someone who has had some amazing results over the past couple of years. You see how heavy they hit the ball. It is just different playing against those players.

“I really can just go out there and give it my all, and I don’t think many people will expect me to do too much. The nerves in those kind of situations to drop a little bit more.

“I saw [Badosa] when she was going up the rankings at ITF tournaments, I was there at the same time. She was always that bit more professional and you could tell she was going somewhere.”

The Czech Republic scored their first win of the United Cup when two-time Wimbledon champion Petra Kvitova battled past Germany’s Laura Siegemund 6-4, 6-2 in the first match on New Year’s Day.

Germany won the remaining two rubbers, including the mixed doubles with Alexander Zverev headlining, but it wasn’t enough after the Czechs had opened up a 2-0 lead on Saturday.

It was the second straight win for Kvitova after she upset world No.3 Jessica Pegula in the Czech Republic-United States tie.

“I felt very exhausted and my body was hurting a bit,” Kvitova said. “I didn’t feel the best, but I knew I should bring a point to the team. I’m glad that I was fighting, even with myself. I saved a couple of break points which is very important for the next tournaments and matches.”

Watch the United Cup live and free on the 9Network – Channel 9 and 9Gem. Every match will be available live on 9Now.