You can’t help but admire Jason Kubler. The way he conducts himself, on and off the court, has seen him win plenty of support over the past six months.

He’s got Nick Kyrgios to thank for some of that. If Australia’s No.1 ranked male player didn’t pull out of the United Cup on the eve of the tournament, Kubler wouldn’t have had the chance to play.

He wouldn’t have won both of his matches against the No.27 and No.39 in the world. He wouldn’t be climbing to a career-high ranking of No.81 in the world next week. And he wouldn’t have collected the $100,000 in prizemoney that he did over a few days at the United Cup in Sydney this week.

Kubler earned $23,000 for just participating, adding another $77,000 with his two wins over Great Britain’s Daniel Evans and Spain’s Albert Ramos-Vinolas.

The Australian admitted he sent a message to Kyrgios to thank him for the opportunity that came following his withdrawal.

“I actually messaged him after my match against Evo,” Kubler said. 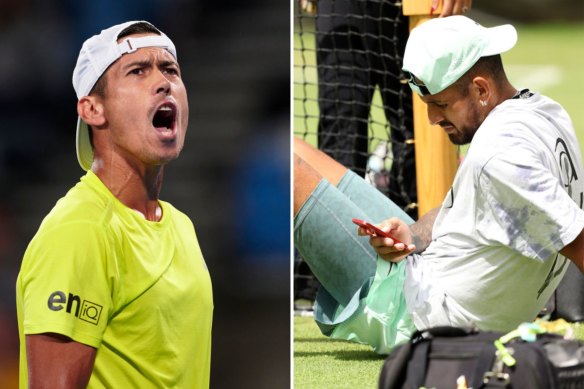 “I messaged him: ‘thank you so much for the opportunity’. Basically, I hope your body gets better, and we can have a hit before the Australian Open. That’s the way I see it. He could have played, and he could have done unbelievably well, like I know we all think he can.

“Fortunately, he gave me the opportunity to play, and I have sort of taken it with both hands and run with it. Me personally, as much as I would have loved to see that Rafa/Kyrgios match or the Kyrgios/Norrie match, but it was just one of those things where, yeah, luckily he handed me the opportunity and I’m just going for it.”

“He said: no worries,” Kubler revealed. “I get along with him pretty well. He said, No worries. I’m sure I will see him either next week or the week after.” 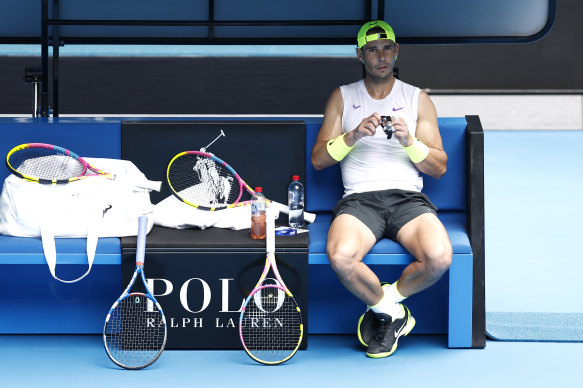 Rafael Nadal has arrived in Melbourne and has had a session on Rod Laver Arena.Credit:Getty

Nadal touches down in Melbourne

Rafael Nadal hasn’t wasted any time getting to Melbourne to prepare for his Australian Open title defence. He flew out of Sydney the day after Spain were eliminated from the United Cup.

He took to Rod Laver Arena, the scene of his Australian Open triumph last year, for a practice session with Canada’s Felix Auger-Aliassime on Thursday morning.

Auger-Aliassime, the world No.6, was stunned by Aussie Alexei Popyrin in straight sets at the Adelaide International on Tuesday. 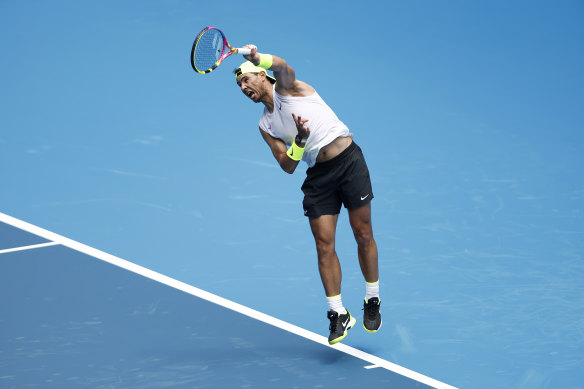 Rafael Nadal of Spain in a practice session.Credit:Getty

Team USA have an advantage over their rivals heading into the United Cup semi-finals on Friday.

Greece, Poland and Italy have to travel from either Perth or Brisbane for the finals of the tournament, while the US plan to enjoy a well-earned day off. Not that Frances Tiafoe plans to get up to too much.

“Hell no,” Tiafoe said when asked if he would be using his time off to walk around the city.

“Maybe go to EzyMart and get some Hersheys, but other than that … [laughs].”

The Italian and Polish teams made the one-hour trek from Brisbane to Sydney, but unfortunately for Stefanos Tsitsipas and the Greek team, they had to make the long-haul flight from Perth.

Although no reason was given the withdrawal, the 25-year-old American has been troubled by hip and ankle injuries over the last half of 2022. Opelka has not played a match since his loss to Nick Kyrgios at the 2022 Citi Open in Washington in August.

The beneficiary of Opelka’s withdrawal is Zhang Zhizhen, who will appear in his third main singles draw at a grand slam tournament beginning on January 16 at Melbourne Park.