Nick Kyrgios has revealed the extent of the abuse he has suffered online, where anonymous trolls have sent him death threats.

The Australian posted screenshots of some of the messages he has received on Instagram, where trolls warn him he was ‘f***** dead’ and to ‘watch his back’ and others urged him to ‘quit tennis’.

Kyrgios shared the messages just hours after he courted controversy again, lashing out at the umpire as he lost to Reilly Opelka in their semi-final of the ATP clay court event in Houston, Texas. 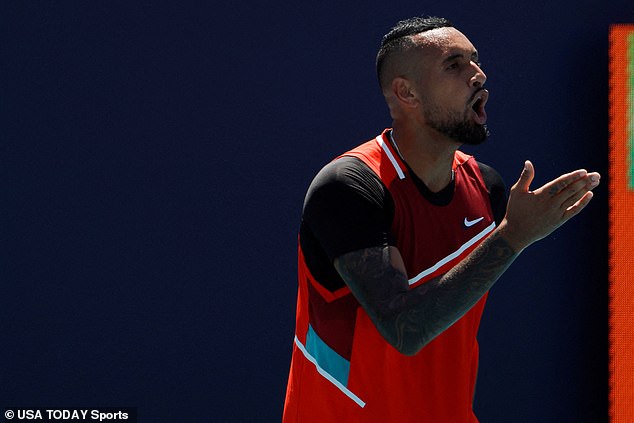 After dropping the first set 6-3, Kyrgios trailed 30-15 in the second with the score at 5-5 when a call went against him as Opelka’s return went over the baseline but wasn’t called out by umpire Joshua Brace.

‘What do you mean, you don’t know from there? Where are you supposed to see it from?’ he yelled at Brace. ‘It was out, bro!

‘He wins that point when the ball was out. What are you guys actually doing out here?’ 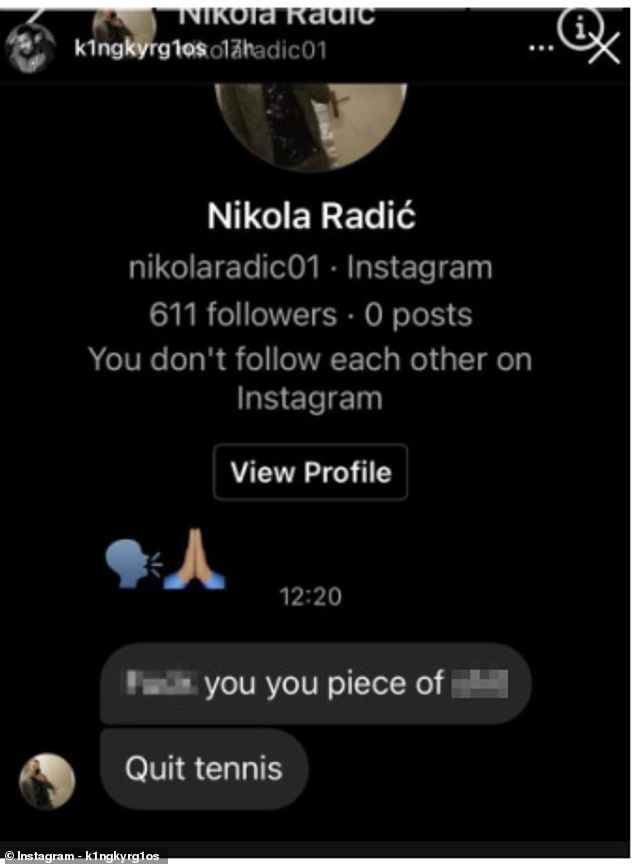 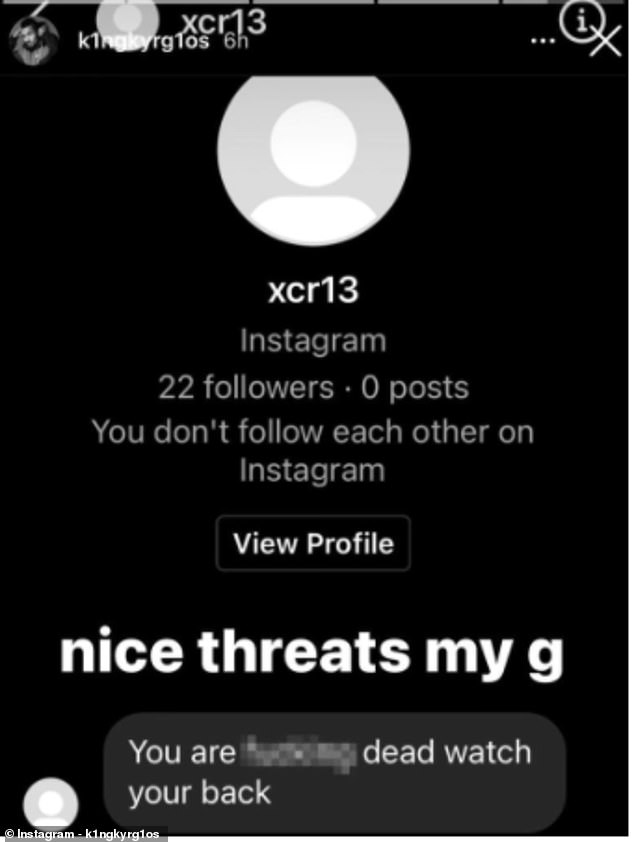 Another troll, meanwhile, told him he was ‘f***** dead’ and warned him to ‘watch his back’

‘If it was out, then I did miss it,’ Brace admitted.

The Australian then lost the next point due to an unforced error, loudly screaming ‘F***’ following his mistake. 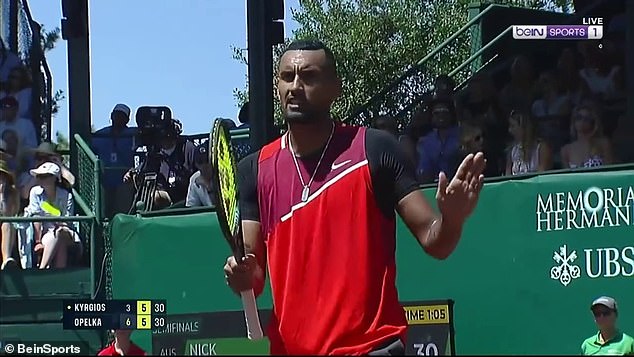 ‘It was f***king out of bounds on clay, how are you not calling it?’ Kyrgios exploded with anger after a blown call during a crucial point in his loss at the Houston ATP event 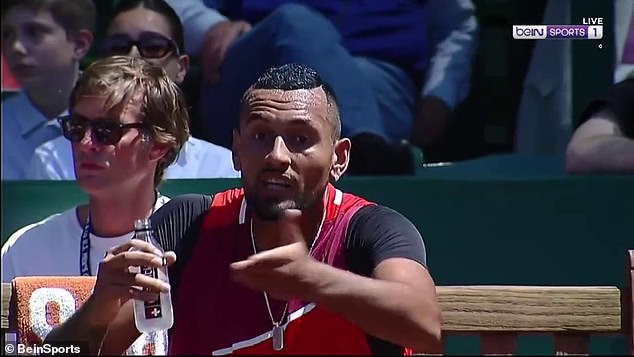 Kyrgios didn’t hold back as he lashed out at umpire Joshua Brace after he was docked a point for a second audible obscenity. Brace admitted he made a costly mistake

He was subsequently docked a point for an audible obscenity, which cost him the game and put his opponent 6-5 up in the set.

The development only irked the 28-year-old further. ‘It was f***ing out of bounds on clay, how are you not calling it?’ he shouted at the umpire.

‘It’s up to you guys to make that call. I can’t stop mid-point!’

‘I believe you now, I made a mistake,’ Brace replied. 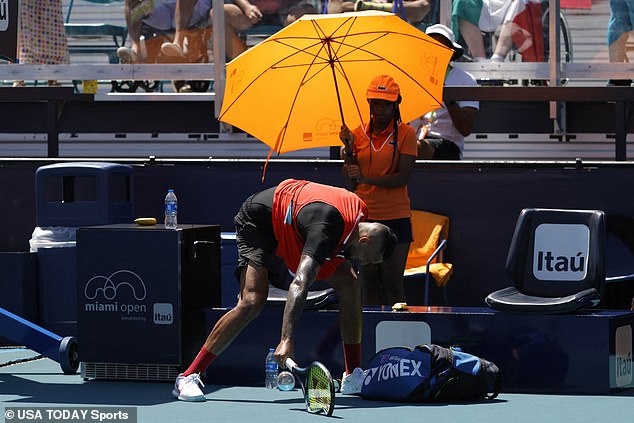 The Aussie firebrand has played well in America but has also lashed out frequently, as he did here, smashing his racquet to bits at the Miami Open

‘Do you think it was a costly mistake?’ Kyrgios shot back. ‘How about you come out to the media and say “I did a terrible job”. The whole media thinks it’s my fault.’

The incident is the latest in a long list of outbursts that have seen the Australian explode towards umpires.

Earlier this year, he was fined a total of $80,000 for losing his cool at tournaments in Indian Wells – where he bizarrely engaged in a diatribe with a fan mid-game – and Miami.