Sue Barker sent Cameron Norrie a touching message after the Brit was defeated 2-6 6-3 6-2 6-4 by Novak Djokovic in the Wimbledon semi-final. Norrie had a bright start, winning the first set but the Serbian recovered to set up a final with Nick Kyrgios after the Australian was awarded a walkover following Rafael Nadal’s withdrawal from the competition on Thursday.

Signing off from the BBC’s Wimbledon broadcast, Barker had a message for Norrie. “Well played Cam Norrie,” Barker said. You made us proud.”

Djokovic was full of praise for the 26-year-old in his on-court interview after the match. “I didn’t start off well,” Djokovic admitted. “He was the better player for the first set. I’ve had many semi-finals in Grand Slams in the past but it’s never easy walking out on court. You have a lot of pressure and expectations on yourself and from others. Cameron didn’t have much to lose. I wish him all the best. He’s a great player. I have a lot of respect for him.”

The Serbian put his cap on after losing the first set, and joked that it was one of the reasons he was able to come back and win. “Sometimes things are as simple as that or maybe not,” Djokovic said. “It was the hottest day of the championships so far. I was a bit tighter at the beginning of the match. Cameron was dominating the play and I felt like I got lucky in the second set to break his serve. He kind of gifted me a game and since then the momentum shifted a bit. That’s the significance of the semi-finals of a Grand Slam.” 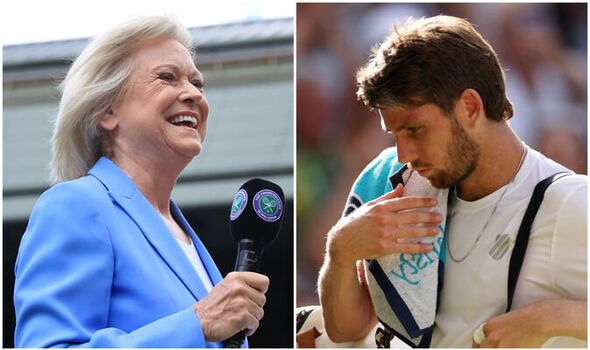