Roger Federer to miss US Open and undergo knee surgery

Roger Federer fans have been left disappointed after the queue for Laver Cup tickets ‘collapsed’ following the tennis legend’s announcement that the event at the O2 Arena would be his last in the sport. His decision to retire brings his hugely successful tennis career to an end from which he will be remembered as one of the greatest sportsmen of all time.

Unsurprisingly his announcement earlier today left thousands desperate to have one more chance to see the icon in action once again with many flooding to the Laver Cup site in a last-ditch attempt to get tickets. Unfortunately many where left disappointed on their arrival, given the huge queue that had built up.

Another tweeter @Tim_22_Preston posted a picture with the queue earlier showing his avatar as far back as it could be with the caption: “Safe to say, Roger Federer has something to do with the Laver Cup queue.”

Others were more unhappy about the huge rise in prices after the announcement with touts looking to flog tickets for prices far higher than they were originally sold for. 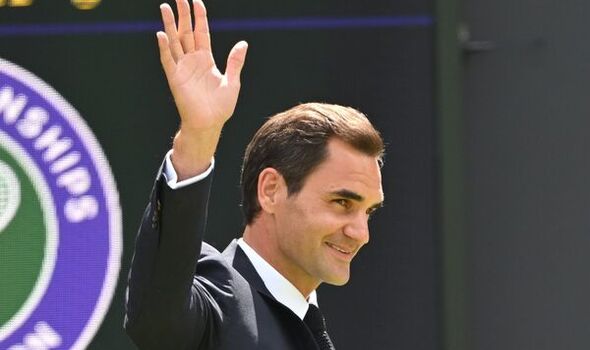 @PapiDeLibano wrote: “I was gonna buy laver cup tickets 4 days ago for £118, Federer announces his retirement and all the tickets sell out for up to £700.”

While Rugby commentator @nickheathsport posted a picture of the range of prices the tickets were going for with the cheapest already £222 compared to a massive £1779 for the most expensive ticket.

Federer is arguably the most well-loved player to have ever played the sport with many considering him the greatest male tennis player of all time despite only holding 20 Grand Slam titles in comparison to the 21 held by Novak Djokovic and 22 held by Rafael Nadal. His greatest successes came on the grass courts at Wimbledon with his eight titles the most won by any one player.

Speaking to announce his departure from competitive tennis the 41-year-old said: “I am 41 years old. I have played more than 1500 matches over 24 years. Tennis has treated me more generously than I ever would have drama, and now I must recognise when it is time to end my competitive career.

“The Laver Cup next week in London will be my final ATP event.

“I will play more tennis in the future, of course, but just not in Grand Slams or on the tour.

“This is a bittersweet decision, because I will miss everything the tour has given me.

“But at the same time, there is so much to celebrate. I consider myself one of the most fortunate people on Earth. I was given a special talent to play tennis, and I did it at a level that I never imagined, for much longer than I ever thought was possible.”