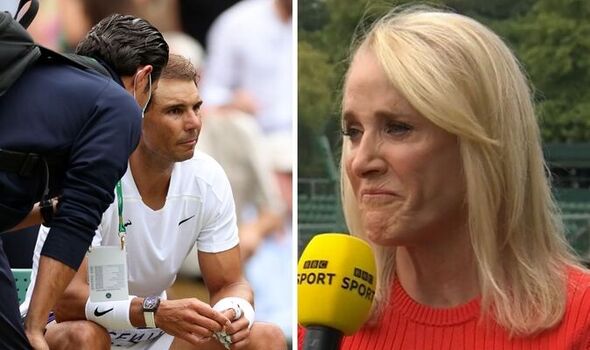 Rafael Nadal may have had full retirement on his mind while weighing up his decision not to withdraw from his Wimbledon quarter-final contest with Taylor Fritz through injury. That’s the opinion of former world No 1 Tracy Austin, who suggests Nadal will be contemplating retirement from tennis next year.

Nadal played through the pain barrier at the French Open, taking multiple injections in his troublesome foot before miraculously winning the title. The anaesthesia injections weren’t sustainable moving forward though and Nadal opted to undertake a different medical procedure to numb the pain.

He was unable to play any warm-up event on grass as he prepared for Wimbledon and his lack of competitive action showed in the early rounds before looking back up to speed against Lorenzo Sonego. But a new injury appeared to be hampering Nadal against Botic van de Zandschulp after taking his top off in the match to reveal tape on his lower abdomen.

The 36-year-old refused to speak about the issue after the match, but it clearly caused more issues against Fritz where he required medical attention. His family were begging him to withdraw from the match at one stage, but Nadal refused to call it quits and battled on to win a five-set thriller.

JUST IN: Rafael Nadal ‘needs to find a solution’ to injury for Kyrgios showdown 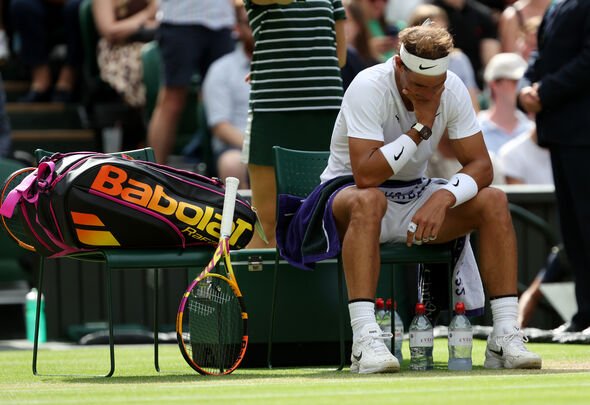 Nadal now faces a race against time to prove his fitness and play against Kygios in a hotly-anticipated semi-final. Austin, who is the youngest US Open females singles champion having won as a 16-year-old, didn’t think Nadal was going to finish his match with Fritz on Wednesday.

But the American believes Nadal was motivated to continue by the possibility that he may retire from tennis soon and didn’t want this to be his lasting memory of Wimbledon. “I didn’t think he was going to finish,” Austin said on BBC.

“I really thought he was going to retire. You got to remember Rafael Nadal won the Australian Open and the French Open so he’s halfway to the Calendar Grand Slam.

“He’s also 36 years old. So at 36, Rafa’s had so many problems with his foot. He had a procedure to numb the nerve right before Wimbledon and did not know if he’d be able to play Wimbledon.

“At this stage, he may be thinking, ‘A year from now, I don’t know if I’ll still be playing. I don’t want to finish Wimbledon and my last match retiring’. So he hung in there. The serve speed went way down, into the 90s and he just got the serve in.

“Then he had to rely on a huge forehand and just guile coming to the net, the slices and basically battling, being the warrior that he is.”