Australian Open champion Rafa Nadal resumed training on Monday after four weeks out due a stress fracture in his rib, a month out from the French Open where the Spaniard will bid for a record-extending 14th title.

Nadal, 35, last played in the final of Indian Wells against Taylor Fritz on March 22, falling to a straight-sets defeat. The injury forced him to skip claycourt tournaments in Monte Carlo and Barcelona.

‘Today after 4 weeks without stepping on a tennis court, first soft training,’ Nadal wrote on Twitter, alongside pictures of him practising on clay. 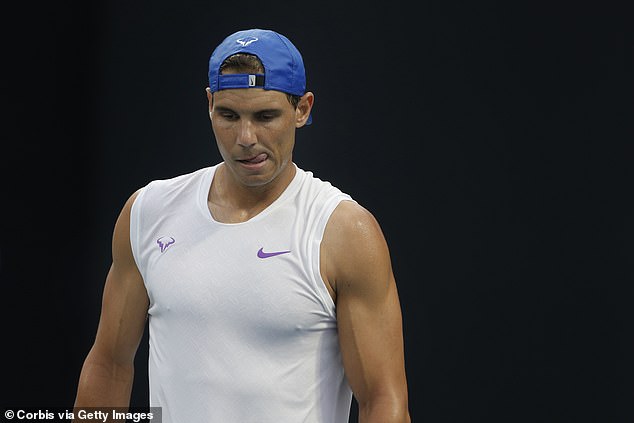 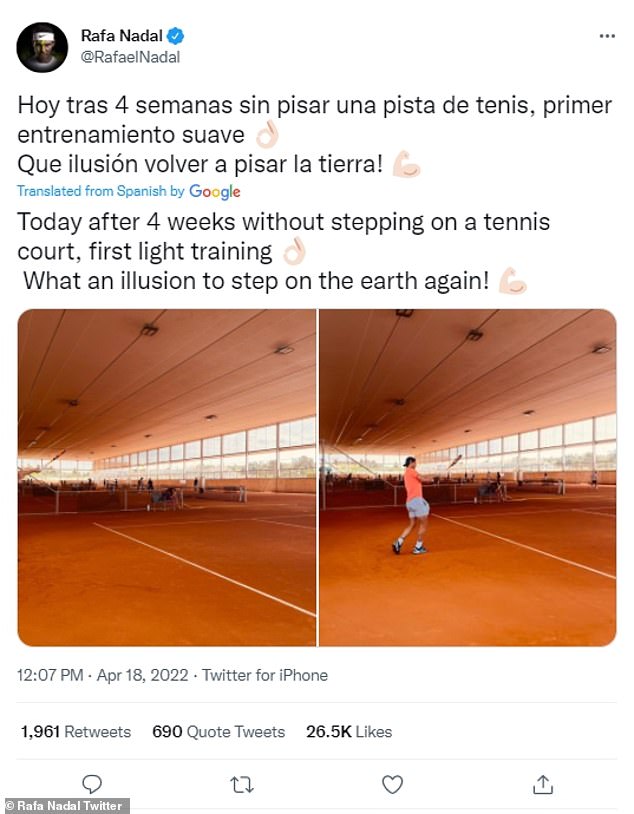 The 21-times major winner could feature in ATP Masters 1000 events in Madrid and Rome before the French Open, which gets underway on May 22.

Nadal will be looking to add to his trophy cabinet – having recently secured his 21st Grand Slam at the Australian Open by beating Daniil Medvedev. 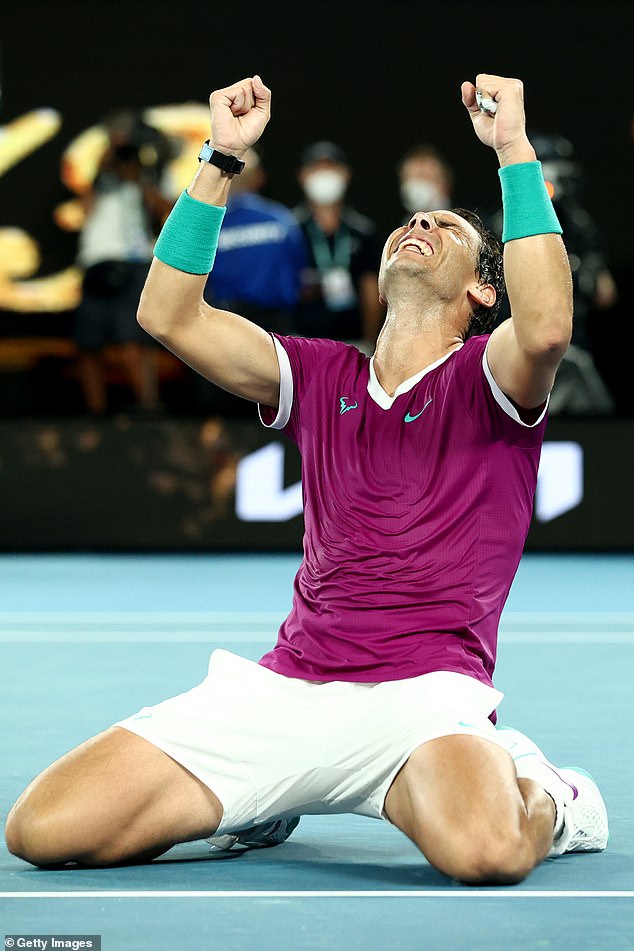 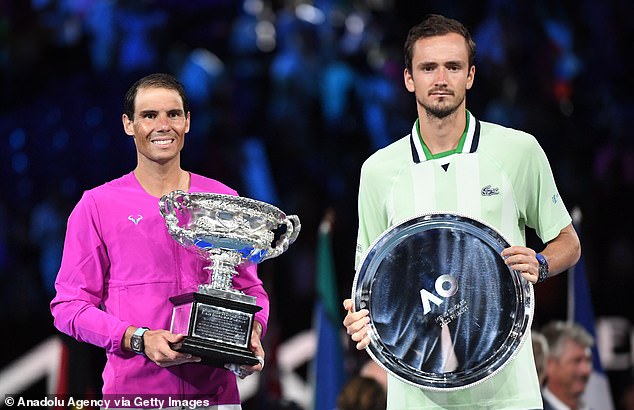 ‘A month and a half ago I didn’t know if I would be playing. I really can’t thank you enough for the support,’ an emotional Nadal told the crowd in his post match speech.

He went on to add: ‘This will stay in my heart. I really can’t explain the feelings I have right now,’ he said.