Emma Raducanu leaves the court in tears as she is forced to retire with an ankle injury in Auckland, putting hopes of playing in the Australian Open in 11 days in major doubt

Emma Raducanu was left in floods of tears as her hopes of playing in the Australian Open are in serious jeopardy after being forced to retire injured in Auckland.

The one-time US Open champion was in cruise control against world No 134 Viktoria Kuzmova, winning the first set, but she soon faltered with an issue in her left ankle.

At the end of the second set, which she lost 7-5, Raducanu received treatment from the trainer, before retiring in tears after one more point proved too painful to play on, raising serious doubts she will be fit for the season-opening Grand Slam in 11 days’ time. 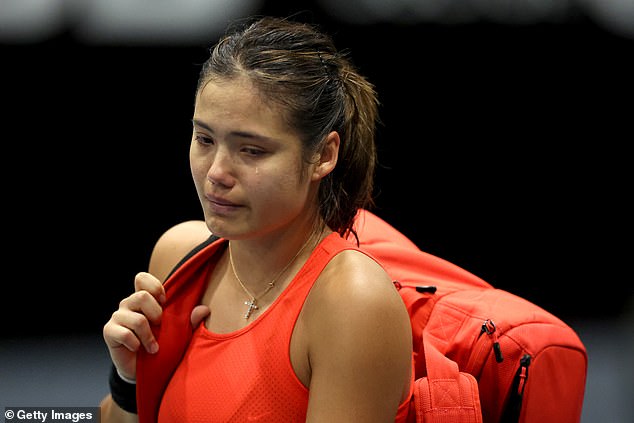 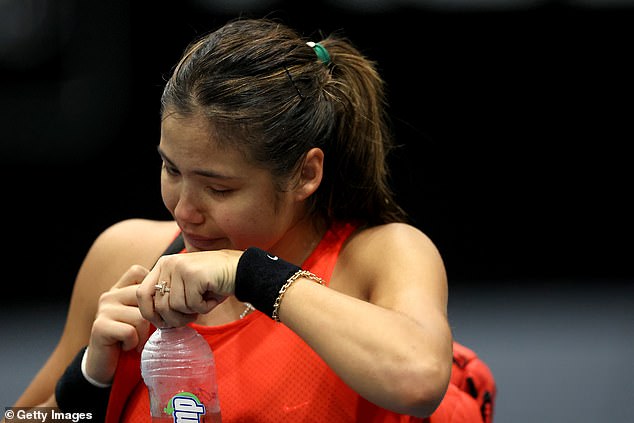 The Briton will now be a major doubt to compete at the Australian Open, which starts in 11 days 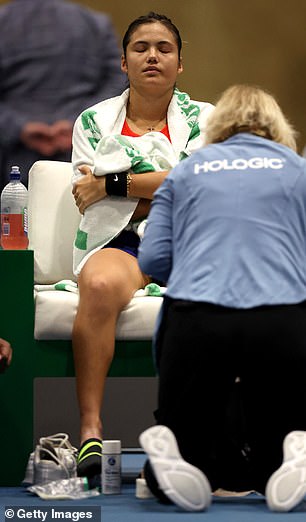 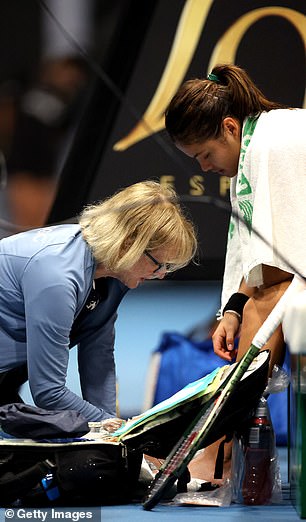 Following her opening 2023 win against 17-year-old Linda Fruhvirtova on Monday, there was growing hope that Raducanu could build form to contend in Melbourne at the Australian Open.

But leaving the court at the ASB Classic in tears suggests she is now fearing for her place in the Slam, with the draw being made a week on Thursday.

Her final point was made on serve but she winced and quickly signalled that there was no way she could play in a deciding set, electing instead to retire. 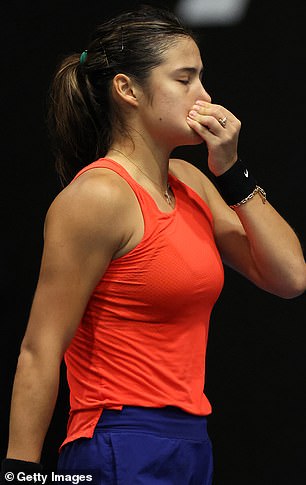 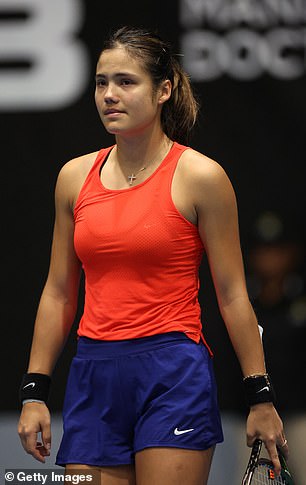 Raducanu came out in fine form and was aggressive in her play from the off, racing into a 6-0 first set lead.

She made just three unforced errors and had her first serve percentage up above 70 per cent.

But momentum shifted in the second set when she failed to take a series of break point opportunities, eventually losing her own grip on serve to Kuzmova.

This marks the seventh time Raducanu has been forced to withdraw injured from a tournament since she broke through onto the WTA Tour.

On her Grand Slam debut at Wimbledon in 2021 she retired through breathing difficulties, before going on to retire at the start of 2022 at the Abierto Zapopan event due to cramp and fatigue. 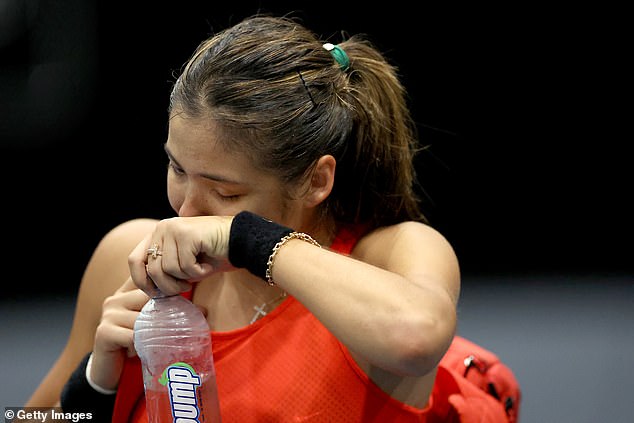 Raducanu has had dismal luck with injuries, retiring five times in 2022 to a series of problems

From there Raducanu pulled out of matches at the the Italian Open and Nottingham Open due to a back issue in Italy and a seeming rib issue back in England.

A glute problem cost her an impressive run at the Korea Open before her 2022 season was ended at the Transylvania Open.

Raducanu has worked hard to try and build up her durability for the gruelling WTA Tour and has always vowed she would not ‘Google doctor’ herself.

But the tears that flowed in Auckland suggest a resignation that the Australian Open may come too soon in just 11 days’ time until the first round at Melbourne Park.