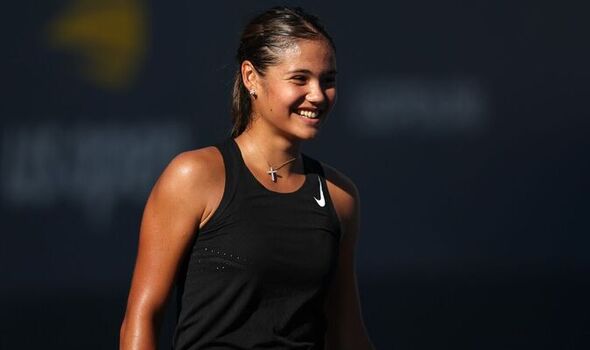 Emma Raducanu has announced her first tournament of 2023 as she bids to bounce back from her injury woes to enjoy a more successful sophomore season. The British No 1 was forced to miss her final two tournaments of the year with a wrist injury and will be making her return in Auckland in January.

Raducanu has confirmed her first tournament of 2023 in what will be just her second full season on the professional tennis tour. The 20-year-old went 17-19 in wins and losses this year as she saw her season derailed by injuries at times, retiring from four different matches throughout the year.

The world No 74 is set to start her season at the ASB Classic from January 2 after failing to appear on Great Britain’s team list for the new United Cup. “I’m really looking forward to coming to New Zealand,” the 2021 US Open champion said after joining the player field in Auckland.

It will be a new tournament for the 20-year-old, who opted to start her 2022 season at the Sydney Tennis Classic this year, where she lost her opening match to Elena Rybakina. Explaining her decision to play in New Zealand for the first time, she said: “I’ve heard so many good things about the tournament. It is a great way to start off the Australian Open swing.

JUST IN: Djokovic told what to expect from Australian Open fans as ban removed

“I have heard that the tournament in New Zealand is great for players and fans. New Zealand is known for its beautiful landscape and nature, so I hope I can get to explore some of the other beautiful parts whilst in my time there.”

Raducanu’s schedule announcement comes after she was forced to miss last week’s Billie Jean King Cup Finals on home soil as she continued to recover from the wrist injury that ended her season. But the British team captain revealed that the 20-year-old was recovering well and would bounce back despite failing to join the squad in Glasgow.

“Wrist injuries are never easy, but I think this one is under control,” Anne Keothavong said ahead of the BJK Cup Finals, where Britain managed to reach their first semi-final in 41 years despite the British No 1’s absence.

“She’s got good people around her and she’s used her time to really work on other areas of her fitness. Right now, from what I understand, it’s something that she will recover from and she’s confident of that, she just needs a bit more time and Billie Jean King Cup is too soon.”