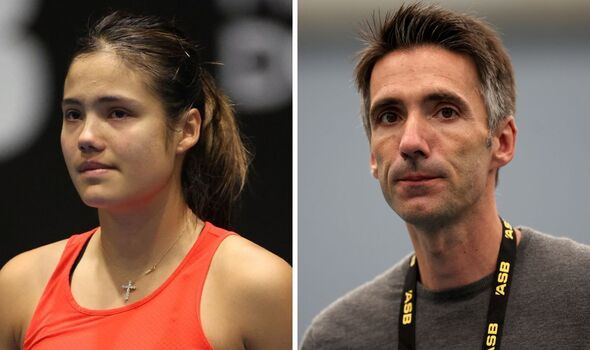 Emma Raducanu has received a response from the tournament director of the ASB Classic after slamming the court conditions after rolling her ankle during her second round match against Viktoria Kuzmova and retiring in tears. Nicolas Lamperin hit back at the British No 1’s claims that the surface wasn’t up to scratch after her match was moved indoors to avoid the rain.

Raducanu’s run at the ASB Classic was cut short on Thursday when the 20-year-old turned her ankle towards the end of the second set of her match against Kuzmova. After winning the opener 6-0 she dropped the second set 5-7 and was forced to retire in tears after sustaining the new injury, leaving her Australian Open hopes hanging in the balance.

The world No 78 got candid following the incident as she admitted she wasn’t surprised that she got injured because of the court conditions, as the round-of-16 clash had been postponed and moved to the site’s indoor courts due to rain. But she has now received a response from the tournament director, who fired back against the Brit’s claims.

“We are obviously very sorry about Emma’s injury,” Lamperin told 1news. “As every player they work really hard in the off season, that’s not what you expect when you play a tournament in week one.”