Piers Morgan has given BBC chiefs a dressing down after Sue Barker announced her retirement from the BBC’s coverage of Wimbledon. The controversial TV figure has issued the Beeb a warning and he appeared to imply that the corporation had forced her out in search of a replacement.

Barker’s appearance has become synonymous with the famous tournament after she became a presenter at SW19 in 1993. She replaced Harry Carpenter as host just a year later, becoming the face of the Grand Slam for almost 30 years before her decision to retire.

Having seen upsets, victories, controversy and a first British winner since Fred Perry via Andy Murray’s men’s singles win in 2013, Barker has decided to call it a day at 66 following almost an entire career in tennis. But Morgan was less than happy with the news, claiming that the BBC ‘should change their minds’ over the decision.

“Why’s Sue Barker retiring?” Morgan tweeted after footage was revealed of a visibly tearful Barker soaking up her final moments as a Wimbledon presenter. “She’s 30 years younger than David Attenborough & the Queen and just as good at her job as she’s always been. 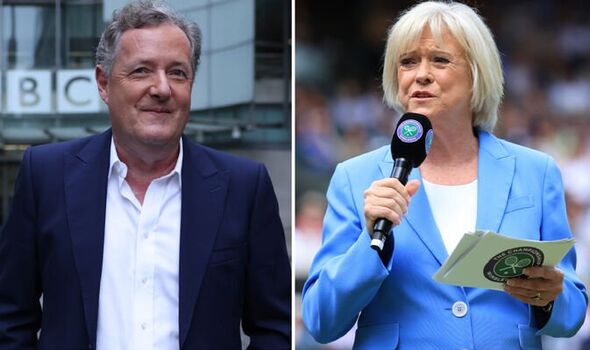 “The BBC should change her mind, especially if they put pressure on her to go….” Clare Balding is the favourite to take over, although Annabel Croft, Tim Henman and Martina Navratilova have been billed as other options.

BBC’s tennis coverage will not feel the same without Barker, who retired at the age of just 28 following a spate of injuries ending her career. And she couldn’t hide her sadness at calling her time on an illustrious broadcasting career.

“It’s been an absolute privilege. I’ve loved it, 30 amazing years,” Barker said. “I’ll miss the job and most of all the people I work with. I’ve been so proud to front the programme so thank you. 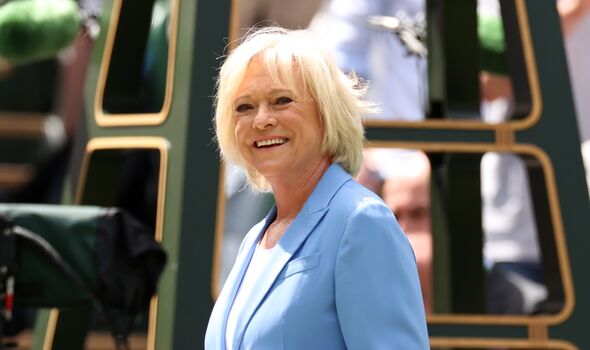 “In front of the camera, behind the camera, you’ve just been absolutely amazing. I’ve been so proud to front the programme, so thank you!”

Fans chanted ceremoniously in the background for Barker as she said her farewells on the BBC, screaming “We love you Sue, we do” as she lapped up the applause.