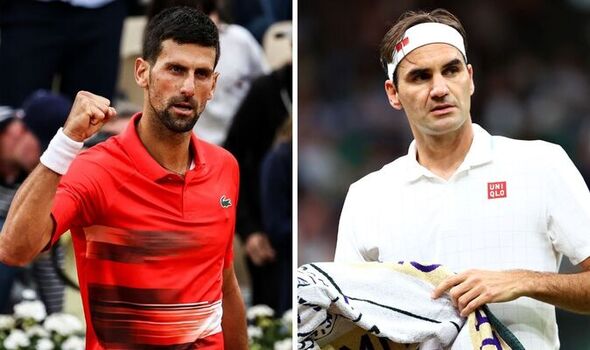 Novak Djokovic will face Aljaz Bedene in the third round of the French Open on Friday and may already have the edge over the Slovenian after Bedene conceded that the world No 1 would end his career as the greatest of all time. The world No 195 will be retiring at the end of the season, and tipped Djokovic for greatness despite siding with Roger Federer in one comment.

Djokovic’s next opponent in his quest to defend his French Open title is Bedene, a former world No 43 who briefly represented Great Britain from 2015 to 2017. The Serb leads their head-to-head 3-0, including a meeting in Paris back in 2016, and Bedene has already downplayed his chances in the match after branding Djokovic the “GOAT”.

“Novak is Novak, he is an animal on the field and it will normally be much harder,” he told SportKlub ahead of their fourth meeting. “I hope to be physically okay. If so, I have to be aggressive and at the same time make as few mistakes as possible. Not many gifts will come from him. We played a few times, once I was close to winning the set, of course he is a big favourite. I will enjoy, so we will see.”

And the 32-year-old also claimed that Djokovic was now part of a two-horse race with Rafael Nadal, despite branding Federer the best at tennis. “I think there are only two of them in the race now. Okay, Federer plays tennis the best, that’s for sure, but I believe that Nole will be the player with the most other slams and masters. In the end, he will be the one – GOAT,” he declared.

JUST IN: Muchova breaks down in tears and retires at French Open after injury

Bedene admitted he has surprised himself by equalling his career-best showing at a Grand Slam in reaching the third round after beating Christopher O’Connell and Pablo Cuevas in four sets, in what is his final year on the tour. “This is my ‘The Last Dance’, last season,” he said.

“I hope that the result will be one of the better ones, although I will not play many tournaments. I don’t train as much as before because I’m in other jobs, but I enjoy tennis and I feel the ball well. It’s a great feeling for me now.

“I will see how I will be physically, it was not easy in the first two rounds, but I won in four sets, certainly better than in five. It still feels a little bit that I was lying down before the tournament in Lyon, but I managed to surprise myself how long I lasted in these two matches, especially since I was tired before.”

And the world No 195 already has plans lined up for his retirement, as he is set to become an agent for football players with some potential clients in the works. “I already know what I will do, I love tennis and football. I am working on some projects, we will see how it will end,” he explained.

“After the US Open or after the Davis Cup with Estonia, that’s it for me. I would like to have something ready right away, to get up in the morning and look forward to it. I know a lot of athletes who ended their careers, so they didn’t know what to do with themselves, then they didn’t manage. I would like not to be that one, that’s why I’m already doing some other things that interest me. I hope that everything will be fine in the end.”