Novak Djokovic has earned the support of Express Sport readers after his latest Wimbledon triumph moved him one Grand Slam behind Rafael Nadal in an iconic three-way battle for tennis immortality. Djokovic is battling with Nadal and Roger Federer to be recognised as the best Slam player of all time and halted the former’s run of momentum at SW19.

The trio started the season level on 20 Grand Slam titles apiece after the Serbian’s dominant 2021 campaign saw him lift three of the four available. But Nadal fired back in style this year, taking advantage of Djokovic’s Australian Open absence to triumph in Melbourne before beating him on the way to his 14th French Open success.

With Roger Federer, now 40, likely the closest of the three to retirement, we fielded a colossal question after Nadal’s latest glory at Roland Garros. Following his record-extending 22nd Grand Slam title, we asked Express Sport readers which of Nadal and Djokovic will have won the most when they call quits on their stellar careers.

And potentially fuelled by a hint of recency bias, given Djokovic’s sensational 2021 campaign, an incredible 73.9 per cent of voters opted for Nadal. Only 26.1 per cent believed Djokovic would finish his career as the undisputed G.O.A.T., despite his dominance in recent years. 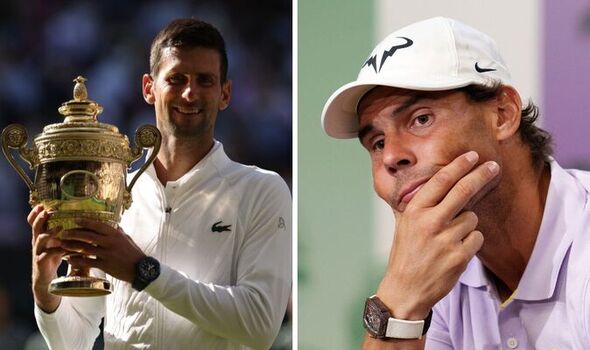 Wimbledon prompted a change in the tides. Nadal battled his way to the semi-finals, but injury issues caught up with him again, leading him to surrender his pursuit of a Calendar Slam. And Nick Kyrgios, the recipient of a walkover due to the 36-year-old’s withdrawal, was outclassed by Djokovic in the final.

We sent out the exact same question after Wimbledon as we did after the French Open, and Express Sport readers showcased a stunning turnaround. Our latest results show that from 10,110 responses, 65 per cent (6,530) of voters believe Djokovic will eventually overtake Nadal and finish with more Grand Slam wins than any other player in history. 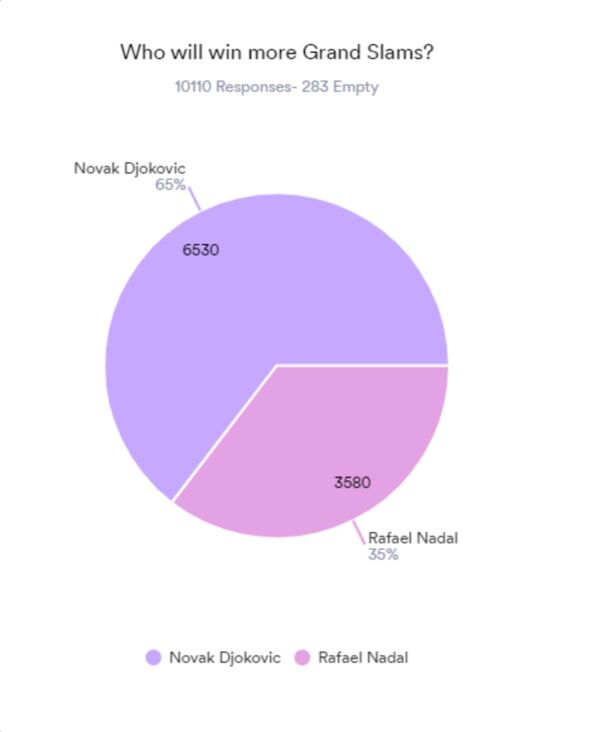 Just 35 per cent (3,580) now think Nadal will reign supreme – a loss of support potentially impacted by his Wimbledon withdrawal. With a child on the way, retirement speculation is rifer than ever before, and injuries flaring up again won’t help it simmer.

Djokovic will hope his unvaccinated status won’t make him ineligible for the US Open, his chance to draw level with Nadal in 2022. But if he’s unable to feature, the Spaniard could take advantage of his absence as he did in the first major of the year to re-establish his two Slam lead.