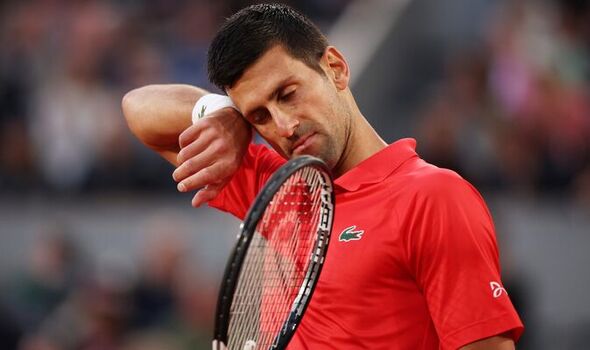 Juan Martin Del Potro has claimed that his old rival Novak Djokovic is using the “wrong tactic” against Rafael Nadal in their French Open quarter-final. The retired former world No 3 weighed in on the pair’s 59th meeting after the Serb lost the first set 6-2 in 49 minutes.

Djokovic was arguably the favourite going into his quarter-final against Nadal with the 13-time French Open champion injured and out of form with little preparation ahead of the tournament, admitting that he didn’t know whether he’d be able to compete as early as two-and-a-half weeks ago. But the world No 1 has been on the back-foot so far in their clash, losing the first set 6-2 and getting broken to start the second.

And he has now been given some advice from old of his old rivals Del Potro, who retired earlier this year and has been enjoying the 59th chapter of the Djokovic-Nadal rivalry. “Rafa is playing very well and I think Nole is using the wrong tactic,” the 2009 US Opn champion claimed during the first set.

“You must raise your level to match the game.” And after the reigning champion dropped the opening set in 49 minutes, the former world No 3 admitted that something had to change or Nadal would breeze through.

JUST IN: Zverev says he is ‘supposed to’ win Grand Slams after beating Alcaraz

After the first set, the Argentine tweeted: “6-2 for Rafael. If Nole doesn’t improve a bit I think it’s going to be a game without any scare.” And Del Potro even shared his own tactic for the match, explaining what Djokovic needed to do to impose himself more against the Spaniard.

“I think he has to be closer to the baseline and make him run further down Rafa’s forehand with his backhand cros scourt or reverse forehand and then attack the other side,” he told a fan. “You can’t unsettle it yet.”

**We’ll be bringing you the very latest updates, pictures, and video on this breaking news story.