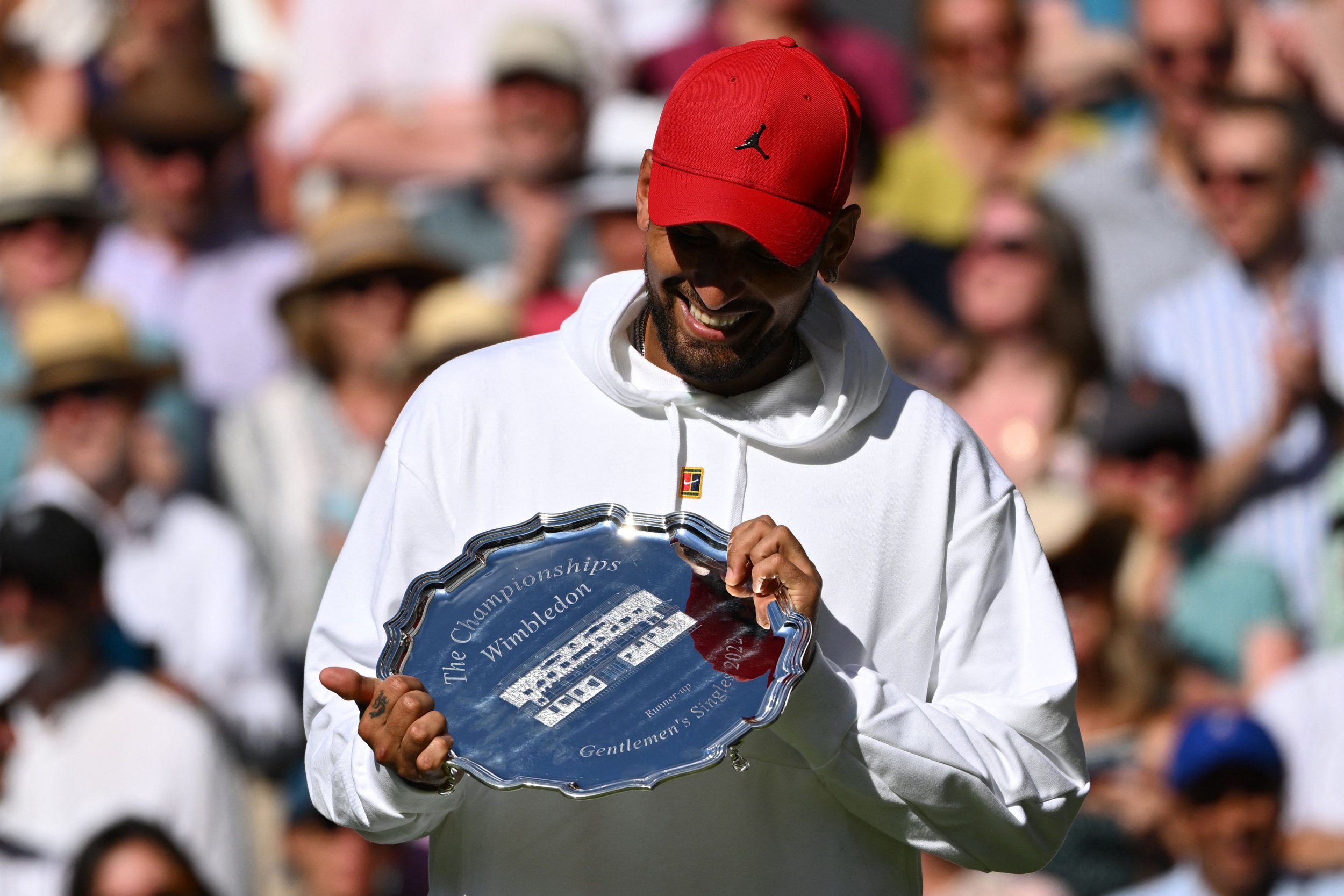 Nick Kyrgios hailed his Wimbledon runner-up finish as the best result of his career and said that he was not hungry for more major finals after he lost out to Novak Djokovic.

World No.40 Kyrgios had enjoyed a fairy-tale run to Sunday’s Championship match, producing his best-ever performance at a Grand Slam.

But the Wimbledon final was laced with controversy, with Kyrgios facing jeers for an underarm serve in the first set and was heckled by a drunk fan who was eventually thrown out.

However, the 27-year-old Australian was in good spirits following his defeat on Centre Court, telling the BBC: ‘He’s a bit of a god (Novak Djokovic) – I can’t lie! I thought I played well, but first I want to congratulate Novak and his team.

‘He won this Championship… I don’t even know how many times now! To all the ball kids… I know you and I have a very tough relationship at times, but thank you for putting up with it.

‘And the crowd, it’s been an amazing couple of weeks for me personally.’

Kyrgios then received a huge cheer, before being asked if he was hungry for more Grand Slam finals.

‘Absolutely not! I’m so tired honestly,’ Kyrgios added. ‘Myself, my team, we are so exhausted. We played so much tennis. I need a well-earned vacation after this one!

‘I’m just really happy with this result, it’s the best of my career, and hopefully one day I’ll be here again. But I don’t know about that.’

Djokovic’s win at Wimbledon 2022 means that he has won the last four Championships in a row and picks up his seventh SW19 trophy overall.

The 35-year-old Serbian has now won 21 major titles, one more than Roger Federer and one less than Rafael Nadal.

He is unlikely to appear at the upcoming US Open due to their ban on unvaccinated players.