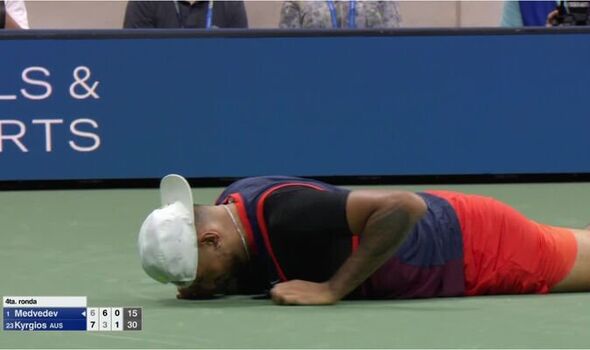 Nick Kyrgios suffered an injury scare when he crashed to the floor during his heated battle with Daniil Medvedev at the US Open. Concern was raised when Daniil Medvedev and the chair umpire both tended to the Australian star.

Kyrgios and Medvedev had shared the opening two sets, which were full of angry outbursts as the officials truly earned their money. However, there was a moment of great sportsmanship as Medvedev crossed the net to check on his rival as he lay on the ground.

Kyrgios’ knee appeared to give way as he slipped on a wet patch of the hard court. He remained lay on the ground for a few seconds before tentatively making his way back upright.

When he was fully on his feet, Medvedev arrived to give him a high-five and they then continued the match with no medical attention required.

“Kyrgios on the ground, I am not sure what happened there,” Amazon Prime commentator Jim Courier said. “Medvedev is going to cross the net and check on him. The chair umpire is down as well. 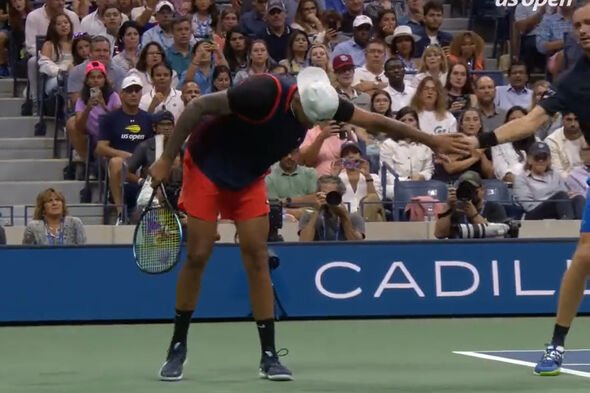 Co-commentator Mark Petchey added: “Ooo that was a hard fall.” Courier continued: “That was a hard fall but Kyrgios does the right thing by taking the brunt of it on his glute. Kyrgios that was good instincts not to put the wrist down first.”