Australian tennis legend Lleyton Hewitt told Wimbledon finalist Nick Kyrgios he should be proud of his run at the iconic Grand Slam. The Davis Cup captain also admitted he hopes the mercurial star will play for the national team in the upcoming tournament.

Kyrgios captivated fans around the world during his run to the Wimbledon final, enthralling fans with spectacularly entertaining wins over Stefanos Tsitsipas and Cristian Garin. However, the 27-year-old fell to Novak Djokovic in an engrossing final as the Serb claimed his 21st Grand Slam title.

Kyrgios’ career-best performance at a major prior to the run was a quarter-final at SW19 in 2014. He became the first Australian to reach the men’s Wimbledon final in 19 years after Rafael Nadal was forced to withdraw from the competition due to injury.

Hewitt, a two-time major champion, is set to be inducted into the International Tennis Hall of Fame on Saturday July 16. Ahead of his iconic moment, the 41-year-old – the last Australian man to win a Grand Slam title when he won Wimbledon in 2002 – revealed he asked Kyrgios to join the Australian squad for the men’s Davis Cup tournament earlier this year but he declined. 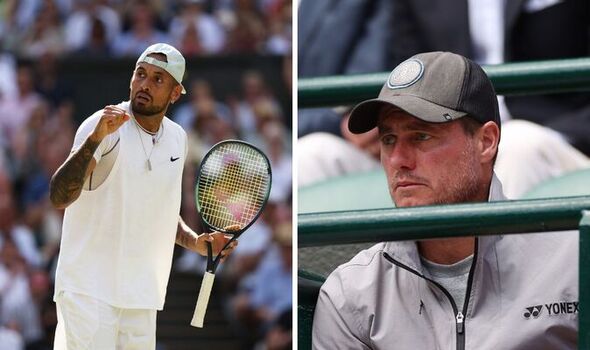 “We’d absolutely love to have him playing for us,” Hewitt told Reuters. “We’re a much stronger side if he’s available and can play for us.

“And he’s an option for singles and doubles matches, which is important in this format. To have that kind of weapon at your disposal, we’d certainly want him to be part of that if possible.”

Kyrgios’ versatility across both singles and doubles was evidenced by his run to the Wimbledon final after he and compatriot Thanasi Kokkinakis won the Australian Open doubles title in January. Kyrgios’s huge serve, stunning shot-making and hot temper combine together to make him must-watch television for both casual and seasoned tennis fans.

While he knows Kyrgios will be frustrated to not win a maiden Grand Slam, Hewitt hopes the 27-year-old will use it as a springboard to consistently compete. He added: “Deep down he’s still pretty disappointed to come so close but not win. 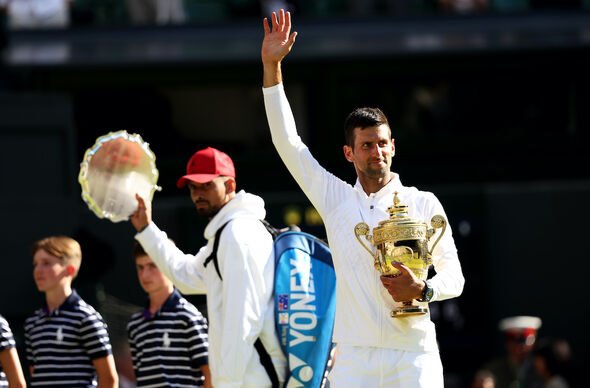 “But as I told him, he should be extremely proud of the performances over the last two weeks and throughout the whole grass-court season. Everyone knows the kind of firepower and game style that he has and what he’s capable of doing.

“He just has to go out there and keep believing in himself.”

Hewitt was also captain when Kyrgios was on the Davis Cup team in 2019 and admitted the maverick probably does not need a full-time coach. When posed with the challenge of coaching Kyrgios, Hewitt laughed and said: “Well I can’t do it at the moment anyway because I’m Davis Cup captain, so the decision is easy right now.”