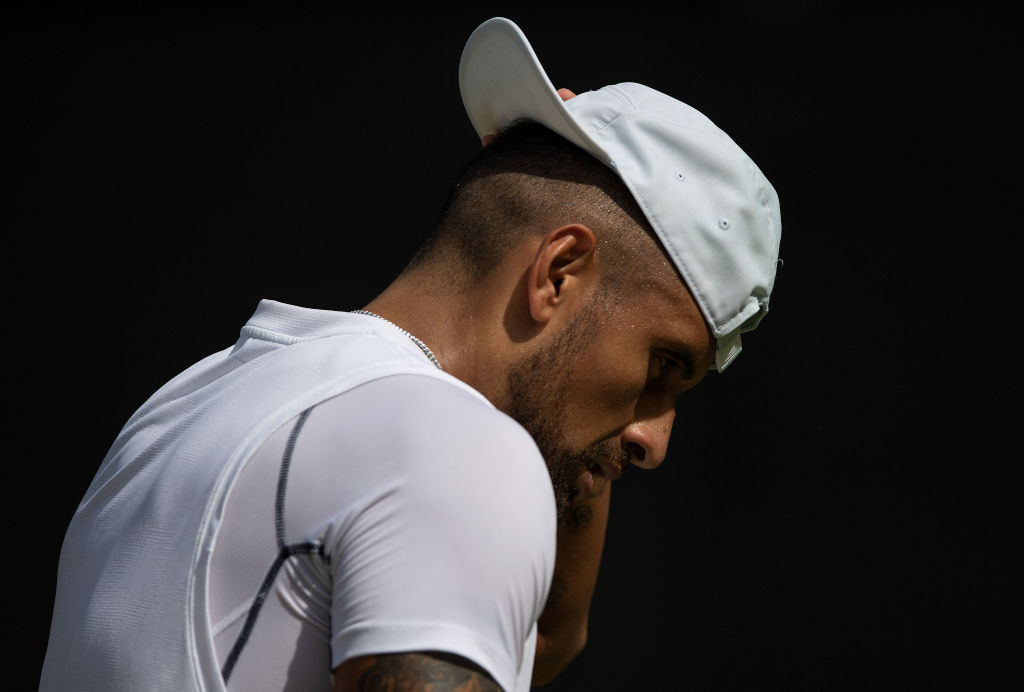 Wimbledon runner-up Nick Kyrgios has opened up about his battle with suicidal thoughts, self-harm and alcohol troubles.

Kyrgios produced his best-ever Grand Slam performance at Wimbledon this year, with the Australian finishing as runner-up following a fairy-tale run at SW19.

He described the tournament as the best of his career, but prior to his defeat to Novak Djokovic on Sunday he opened up about his off-court struggles.

The Australian is notorious for his behaviour on and off the tennis court, but in an interview with the Turn Up The Talk podcast at the end of May he spoke about his mental health struggles.

‘Acapulco, probably one of the biggest tournaments you can play, and I was literally in my room drinking. And I’m about to play my first round and I’m just literally contemplating whether I even wanted to live at that point.

‘I was just standing on the balcony in my room and my trainer came in and he was just like, ‘Look we gotta go out there and play in 10 minutes’.

‘So, I played that match, ended up winning. And then I won that tournament – I beat Rafael Nadal, Alexander Zverev, Stan Wawrinka… Some of the best players in the world, and probably one of the best results of my life.’

Kyrgios said he would then back to his room and ‘party every night’, adding: ‘But it wasn’t even partying, it wasn’t even for the enjoyment of doing it with your mates.

‘I didn’t even know anyone I was with – and just doing it all again, like, waking up hungover and just going out there any playing.’

Later in the interview, he said: All my goal is now is just to guide people though that s*** because it was brutal for me.

‘It was so hard, I felt so alone, obviously to the point of self-harm and thinking about committing suicide – it was tough.’

If you are affected by issues related to mental wellbeing or want to talk, please contact the Samaritans on the free helpline 116 123, or visit the website.