Rafael Nadal warns next generation of stars they WON’T match him, Novak Djokovic and Roger Federer – as he slams the state of the BALLS being used at the Australian Open

Rafael Nadal has cast doubt over the ability of tennis’ next generation to emulate the incredible efforts of himself, Novak Djokovic and Roger Federer, before taking a swipe at the quality of the balls at the Australian Open.

Nadal is the record holder for the most grand slams won by a male tennis player with a staggering 22. Djokovic trails him with 21 titles while Federer – who retired from the sport last year – won 20 majors.

The 35-year-old’s fellow Spaniard, Carlos Alcaraz, has been touted as the man to step out of the shadow of tennis’ greatest triumvirate and the teenager lifted his first grand slam when he won the US Open last year. 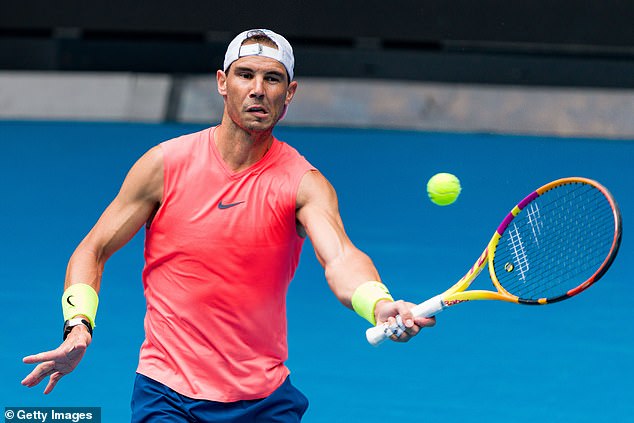 But Nadal believes it will be very difficult for any of the up-and-coming stars to match his tally.

‘I can’t predict the future,’ he said. ‘Some of the names that you named, they are super good. Carlos (Alcaraz) has one Grand Slam, the others have zero yet. If we start talking about achieving 22 Grand Slams, 21, 20, I mean, it’s a big deal.

‘That can happen, yes. Why not? But at the same time never happened in the past. (It) will not be easy that happens two generations in a row. 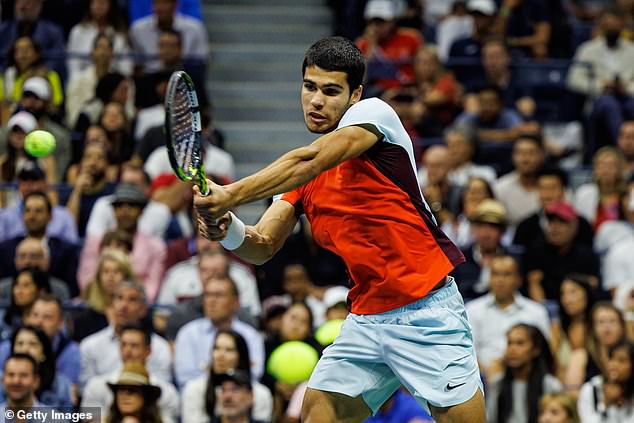 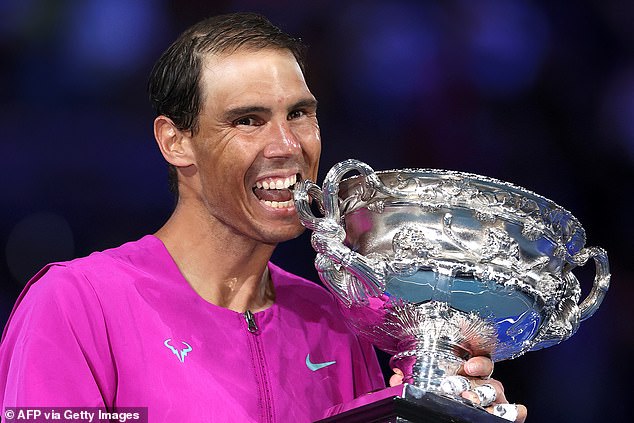 ‘If someone can reach that number – maybe – it’s going to be difficult, they have a lot of things to do in front. But you never know what can happen.’

Nadal also bizarrely criticised the quality of the balls used at this year’s Australian Open, which have been manufactured by Dunlop. 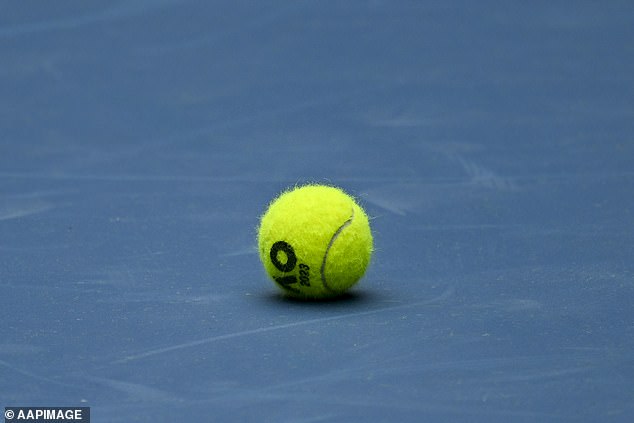 ‘They say is the same, but the ball is worse quality, without a doubt,’ Nadal vented. ‘We can’t talk about that anymore. It’s what we have. We need to play with it.

‘I think it’s a ball that don’t get the same spin as usual. After a couple of hits, the ball lose the pressure.

‘It’s more difficult to hit with the right spin. But I think it’s easier to play when you play flatter on the shots.

‘But I need to live with it. I think I practiced enough with the ball to be ready for it.’