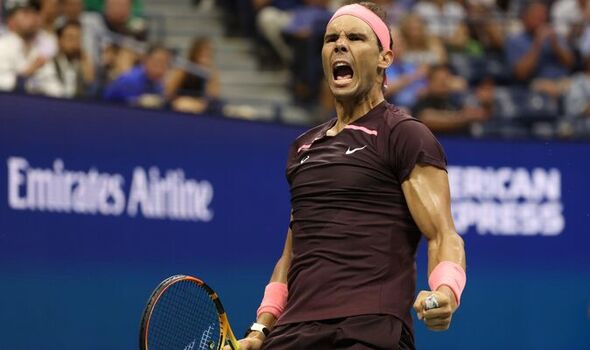 Rafael Nadal maintained his unbeaten record at Grand Slams with his first round win at the US Open on Tuesday, firing a warning to his rivals Daniil Medvedev and Carlos Alcaraz. The world No 3 is now 20-0 at Major level this year and is bidding to win a record-extending 23rd Grand Slam title in Flushing Meadows this fortnight.

Nadal started his US Open campaign off with a four-set win over world No 198 Rinky Hijikata on Tuesday. It was the Spaniard’s first match in New York since winning his fourth title here back in 2019, and meant that he remained undefeated at Grand Slams in 2022.

The 36-year-old’s record of 20 wins and zero losses will not bode well for the likes of reigning champion Medvedev and third seed Alcaraz, with the Russian admitting that he wouldn’t be happy with anything other than defending his title while the 19-year-old is hoping to win his first Major title.

“I know what I have to do,” the world No 1 said after his own first-round win. “I know that I want to play well and if I don’t do it, I will not care that I won it last year, I will just be disappointed that this year didn’t work out my way.”

JUST IN: Dart helps Raducanu after British No 1 loses in US Open first round 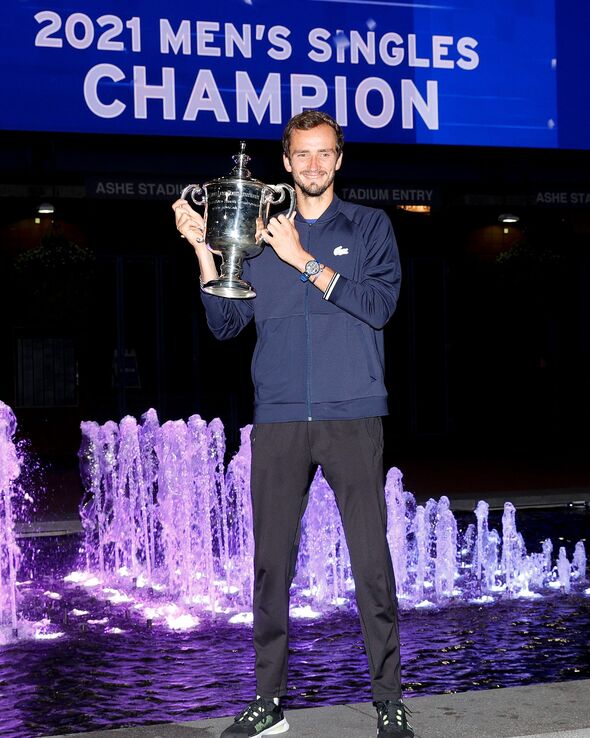 Second seed Nadal will have been relieved to start his campaign with a win after being forced to pull out ahead of his Wimbledon semi-final with a 7mm abdominal tear. Nadal only returned two weeks ago in Cincinnati but lost his comeback match to eventual-champion Borna Coric, and admitted that it was a tricky injury to come back from as he struggled to use full power on the serve.

But Nadal was back to his best as he returned to Arthur Ashe Stadium in Tuesday’s night session, recovering after dropping the first set to seal a 4-6 6-2 6-3 6-3 win over American wildcard Rinky Hijikata. It was his first win since battling past Taylor Fritz in the Wimbledon quarter-finals over a month ago – a match he said his team told him to retire as he struggled with the abdominal injury and required medical attention. 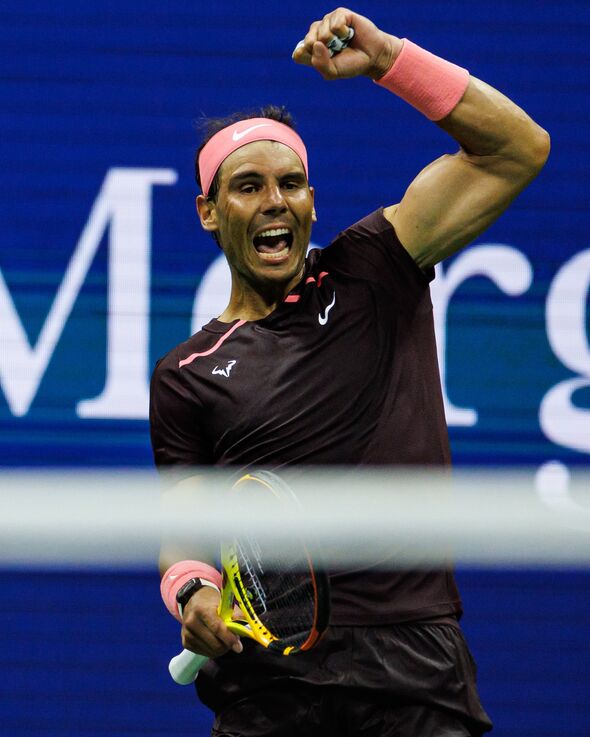 Despite his injury woes this season – also spending six weeks on the sidelines after fracturing his rib at Indian Wells – the Spaniard has also enjoyed a record-breaking year, picking up titles at the Australian Open and French Open. By winning in Melbourne, Nadal became the first man in history to win a 21st Grand Slam singles title and extended his record in Paris, winning a 22nd overall Major crown and 14th at the French Open.

While his dream of winning number 23 came to an end at Wimbledon, Nadal remained undefeated in Grand Slam matches after withdrawing before his semi-final, and has kept his run going in New York. And it will make it even more difficult for the likes of Medvedev and Alcaraz to try and win the title, as they could have to snap Nadal’s Grand Slam streak first.