Andy Murray is back at the Australian Open just EIGHT HOURS after his epic five hour and 45 minute clash with Thanasi Kokkinakis that lasted until 4.05am… as Laura Robson reveals the Brit struggled to sleep after all the energy supplements he consumed

Andy Murray was back at the Australian Open just eight hours after his epic victory over Thanasi Kokkinakis.

The athletes went back and forth for an astonishing five hours and 45 minutes before the 35-year-old Scot reached deep inside himself one last time and uncorked a backhand winner past the despairing Australian. 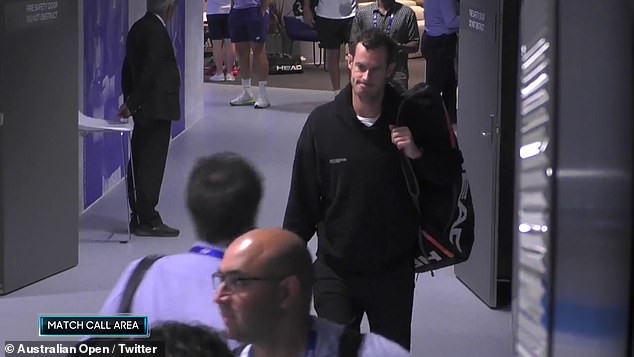 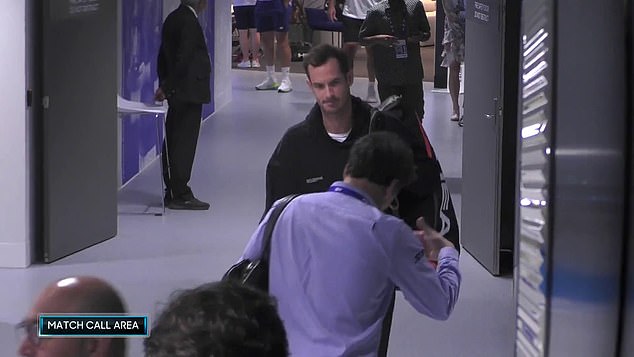 The Brit returned to the tournament after the epic five-set clash finished at 4.05am local time

And Murray was seen back at Melbourne Park soon after in a clip shared by the Australian Open twitter account at 11.48am local time, around eight hours after the match had finished.

He was captured entering the site for a recovery and practice session ahead of his third round clash on Saturday.

Murray will take on Roberto Bautista in the night session that begins at 7pm local time. 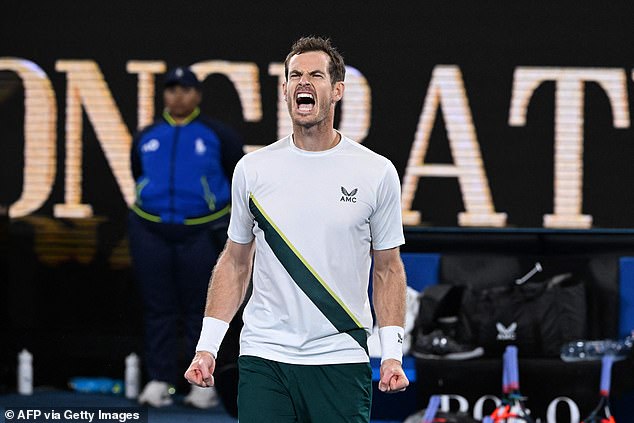 Former British tennis star Laura Robson revealed how the 35-year-old returned to the tournament site so quickly after his victory as he was unable to sleep.

‘Somehow he made it back on-site after eight hours, so a very quick turnaround,’ Robson told Eurosport.

‘He said it was very tough for him to sleep at all because during a match you take all these types of supplements and energy drinks and gels to keep yourself going and a lot of them have caffeine in them.

‘He was lying in bed, thinking this is really not what I need – he was taking them right up until the end of the match not knowing how long it was going to be. 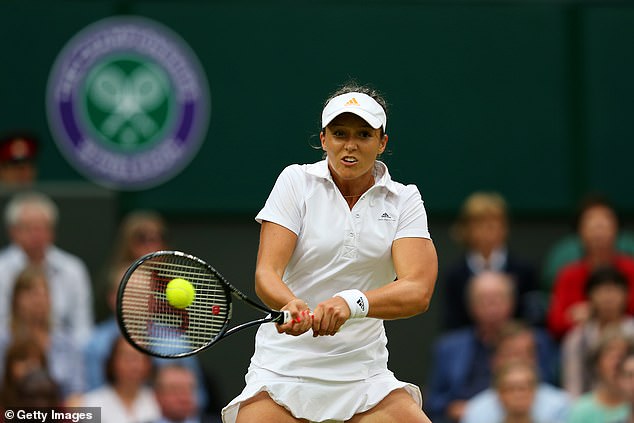 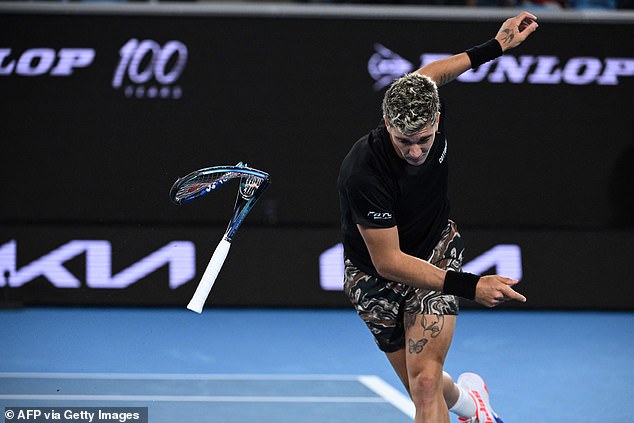 In an epic encounter, Murray fought back from two sets down to beat Kokkinakis

‘But it’s positive signs he’s been out on Margaret Court Arena having a hit, done a couple of hours recovery in between and now can probably go to bed at the grand ol’ time of 6.30pm, so he’s very deserving of a 12 hour sleep tonight.’

Robson also explained how she was entertained by Murray’s attempts to make a  relatively quick exit following his game concluding in the early hours of the morning.

She added: ‘I thought his press situation last night was so funny, usually you’d go to the broadcast centre and it’s a bit more of serious thing in the press conference room.

‘He was basically doing a walk and talk on the way out from where player services is, hustling the media to try and get them moving – maybe 10-15 mins max and then he was out of there.’

World No.4 Stefanos Tsitsipas – who won his third round clash against Tallon Griekspoor in straight sets on Friday – also revealed his surprise at seeing Murray back at the tournament so soon.

He had said: ‘It’s no fun for Andy. I saw him today before my match. I was thinking to myself, what is he doing here? He should be in bed! That’s the nature of it, you have to deal with it.’

Murray’s late finish had been slammed by several stars from across the tennis world.

This included tennis legend Martina Navratilova, who said: ‘Murray and Kokkinakis will finish around 4am. Crazy – no other sport does this.’ 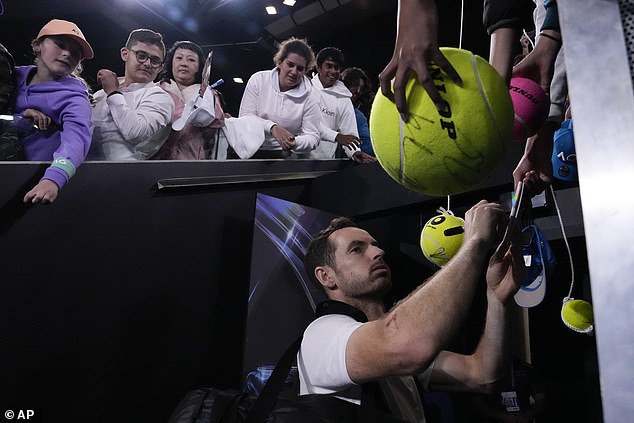 The game didn’t finish until 4.05am, meaning Murray would have barely slept afterwards

Australian Open boss Craig Tiley has since defended the tournament’s position, arguing it had no option but to continue with 4am finishes at Melbourne Park.

Tiley told the Today show in Australia on Friday morning there will be no immediate alterations to the 2023 draw at Melbourne Park.

‘At this point, there’s no need to alter the schedule,’ he said.

‘We’ve had years where we finish every night at 12 or before. But you’ve also got to protect the matches. If you just put one match at night and there’s an injury, you don’t have anything for the fans.

‘We’ll always look at it during the debrief, like we do every year. We’ve had long matches before but, at this point, we’ve got to fit those matches in in the 14 days, so you don’t have many options.’ 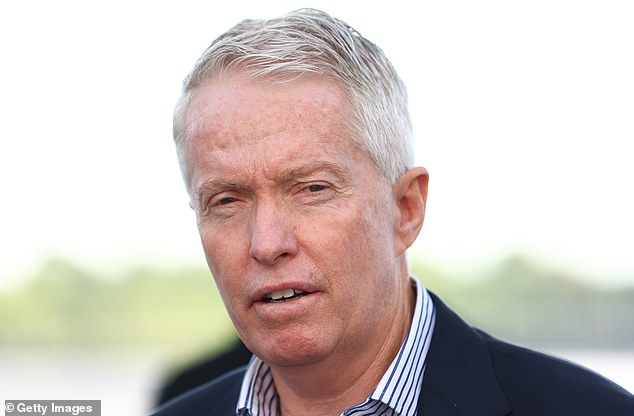 Murray had earlier bemoaned the late finish after his win, labelling it ‘a bit of a farce’.

He had said: ‘I don’t know who it’s beneficial for. It ends in a bit of a farce.

‘Amazingly, people stayed until the end, and I really appreciate them doing that and creating an atmosphere for us at the end.

‘Some people obviously need to work the following day and everything. If my child was a ball kid for a tournament and they’re coming home at five in the morning, as a parent, I’m snapping at that.

‘We talk about it all the time, and it’s been spoken about for years. But when you start the night matches late and have conditions like that, these things are going to happen.’