Jack Draper has credited training sessions with British icon Andy Murray for his incredible form at the US Open. The young Brit put in a near-perfect performance as he knocked out sixth-seed Felix Auger-Aliassime in straight sets to reach the third round in New York.

Draper is playing in just his third Grand Slam and clinched a stunning 6-4 6-4 6-4 victory over Auger-Aliassime. The Canadian simply had no answer for his opponent’s serve, with the Brit never letting up a break.

A year ago, Draper found himself ranked outside the world’s top 250 and was still only just making a name for himself in the second-tier Challenger series. The Brit announced himself at the highest level by impressing in his second-round match against Novak Djokovic at Wimbledon in 2021.

Draper defeated Emil Ruusuvuori in the first round before his stunning victory over Auger-Aliassime. The 20-year-old has spent time at the National Tennis Centre (NTC) in Roehampton, training with Murray, Cameron Norrie and Dan Evans – and he believes the time has helped allow him to believe in himself.

“I think I’ve known my tennis ability has been good for a long time now,” Draper said. “I’ve obviously had the privilege to hit with Andy, Cam and Dan at the NTC. 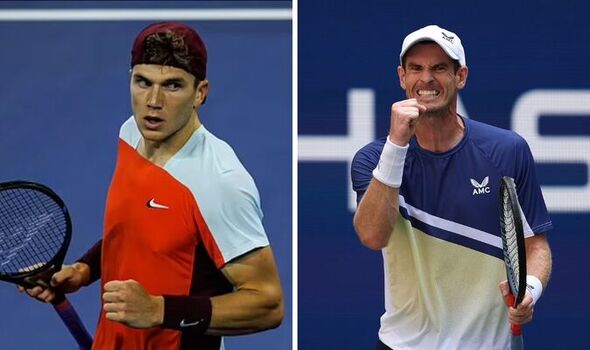 “They’re top players in their own right. I know I could hold my own a while back with them. It’s more been about how am I going to cope mentally and physically at this level and do it consistently. That’s what top-tier tennis is all about, being able to be there every single point, compete with these guys.”

Draper remained composed throughout his huge second round win as he only occasionally pumped his fist towards coach James Trotman and the crowd packed into the Louis Armstrong Stadium. However, he showcased his emotion with a scream into the ground after clinching the biggest win of his young career so far.

“All the hard work that I’ve put in the last few years is for these moments,” Draper added. “Obviously it means a lot to me, but all the people around me that support me on a daily basis, that go through the highs and lows with me. This is a great moment. 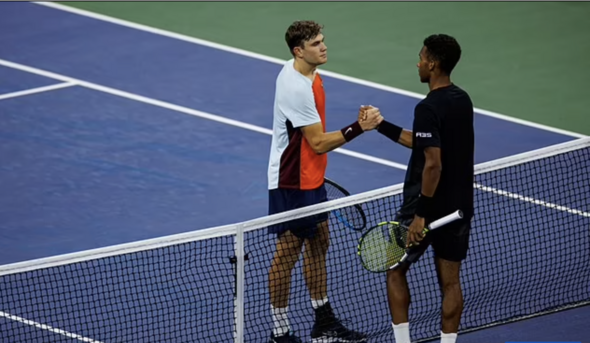 “I’m proud of the way my body held up as well. I felt mentally, physically, in a good place. Not so easy against someone as physical as Felix. A lot of emotions. I’m obviously happy with myself.”

Draper faces World No.31 Karen Khachanov in the third round on Friday. The Russian has reached two Grand Slam quarter-finals in his career, and knocked Norrie out of the French Open earlier this year – so Draper is aware of the threat he possesses.

“I’ve watched him a fair bit,” Draper added. “A tough competitor. He’s physical. It’s going to be a really tough match. He’s been inside of the top 50 for a long time now. Hopefully I can bring the same level.”