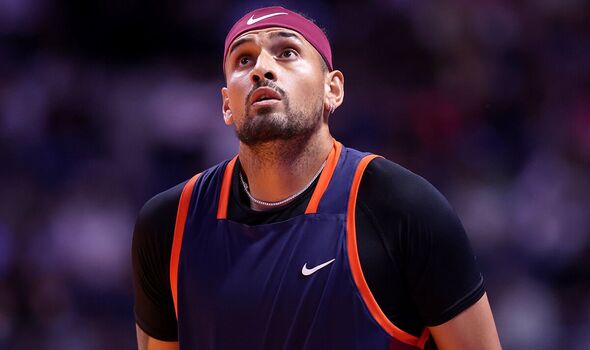 Nick Kyrgios has vowed to retire from professional tennis if he wins the Australian Open next month. The 27-year-old admits he is not looking forward to the spotlight being on him for his home Grand Slam.

Kyrgios came close to winning his first major tournament earlier this year. He made it all the way to the final at Wimbledon before losing out to Novak Djokovic.

He has opened up on the struggles he faces being away from his family for most of the year on the ATP Tour. Kyrgios says it is different for Australian players as they are so far from home.

“You’re just missing milestones in the family, you’re just not having a normal life really. No other tennis player that’s not from Australia gets that.

“It’s easy for a European or an American player to lose or win a tournament, then you take a five-hour flight back home and you spend a week there before the next event. Whereas as an Australian, you’re doing like four to seven months travel blocks.

“Honestly, I don’t think it’s healthy. No other real athlete does that in the world, in any sport. Doing seven months on your own.

“People are like, why are you complaining about it or whatnot? It’s not what they think. You’re living out of a suitcase, at hotels, it’s not like you’re on holiday.

“You’ve got to go to tennis courts, train; the lifestyle is quite vigorous. If it probably happens (winning a Slam), I probably would (retire) to be honest.”

The furthest Kyrgios has gone at the Australian Open was the quarter-final stage, almost eight years ago. He says he is already looking beyond the tournament as he cannot stand the stress he faces during it.

Kyrgios continued: “I’m not even looking forward to before AO, I’m just looking to after it, I kind of want it to be over. Because I know how stressful it is for me personally to be in the spotlight. Just everything, even my days off are stressful.

“I’ll probably play doubles. I’m really waiting for it all to be over. There is a little bit of excitement but it’s probably 95 per cent stress, 5 per cent excitement to be honest.”