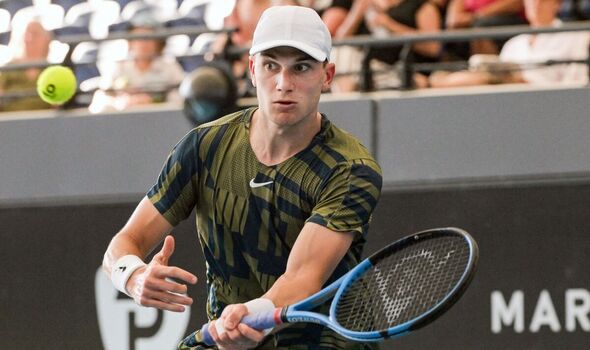 Jack Draper will “lick his wounds” after missing out on his first ever ATP Tour final before his clash with Rafa Nadal at the Australian Open. .
But British No.1 Cam Norrie faces a mad dash across the Tasman Sea from New Zealand to play his opening Melbourne match on Monday.

“Overall it was a pretty solid week but obviously gutted to lose today,” he said. “I really wanted to go all the way in this tournament, but he played a good match in all fairness to him. I have to take the positives away from this week.

“I believe I am third match on Rod Laver on Monday. It’s going to be a good match for me to play. Right now I’m sort of still licking my wounds off this last loss, but now my focus goes to obviously Melbourne, getting there, and obviously preparing the best I can for that match against Rafa. I think Rafa is the No. 1 seed for a reason. He’s obviously an incredible player. He’s one of the greats. I’ve just got to try and block all that out and just try and go and compete my hardest in order to do my best to win the match.”

JUST IN: Nadal’s blunt comment for Toni as coach sided against Auger-Aliassime

The British No.3 has suffered injury problems – he pulled out of the US Open with a groin problem – and was hit with flu before Christmas. “Maybe the heat was a factor a little bit,” he said.

“It’s been a tough few weeks. My body is improving all the time. I’ve got a new fitness coach, Dejan Vojnovic, who’s incredible, but we’ve only been working together for four weeks, so I can’t expect to be physically in unbelievable shape just yet. I’ve got to keep on working on that.”

Cameron Norrie defeated world No.48 Jenson Brooksby 6-3 6-4 to reach his 12th ATP Tour at the ASB Classic in Auckland – the city where he grew up.

The world No.12, who also reached his first final there in 2019, will play Richard Gasquet in the final before facing another Frenchman, wildcard Luca Van Assche, on Monday.