The enthralling Wimbledon final between Novak Djokovic and Nick Kyrgios failed to match the huge viewing figures that the Serbian star attracted for his famous final with Roger Federer. On Sunday, Djokovic claimed a seventh title at SW19, and a 21st Grand Slam success overall, as he came from a set down to beat the controversial Australian 4-6 6-3 6-4 7-6.

That lifted him above the legendary Federer, who is yet to return after undergoing a third bout of knee surgery last year, and to within one major title of current record holder Rafael Nadal. The Swiss maestro did attend the Championships as part of Centre Court’s 150th anniversary celebrations, and has vowed to try and play at the iconic grass-court venue one last time in 2023.

Federer, 40, did reach the last-eight at Wimbledon in 2021 but has not been in the final since 2019, when he and Djokovic put on an all-time classic. Despite the majority of the crowd rooting for him though, Federer failed to provide a fairytale win as Djokovic prevailed 7-6 1-6 7-6 4-6 13-12.

And now figures released by the BBC have proved that tennis fans found that affair far more gripping than the latest final, which represented a first in a Grand Slam for Kyrgios. Back in 2019, television viewing figures peaked at 9.6 million, compared to 7.5 million on Sunday.

JUST IN: Roger Federer drops biggest hint yet he could retire after missing Wimbledon 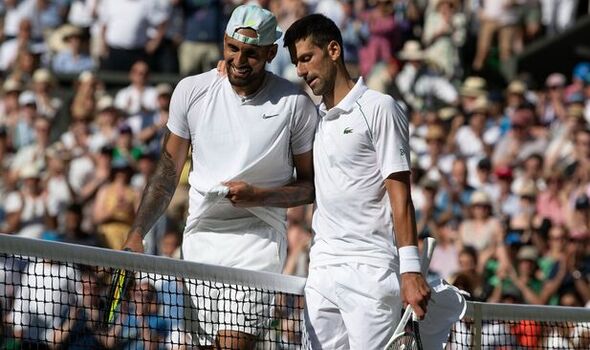 The vast difference can be partly offset by an increase in people who opted to watch the match online, via streaming it on BBC iPlayer or BBC Sport online. This factor added a further 2.6 million to the men’s singles finals numbers on Sunday and, across the tournament, Wimbledon was streamed a record 53.8 million times.

However, whilst Kyrgios and Djokovic could also argue that they had to compete with the Austrian Grand Prix, back in 2019, the men’s final had a far more significant clash to deal with. At the same time the two icons were playing out their thrilling conclusion, England’s ODI World Cup final at Lord’s, also available free to air, was on a knife edge. 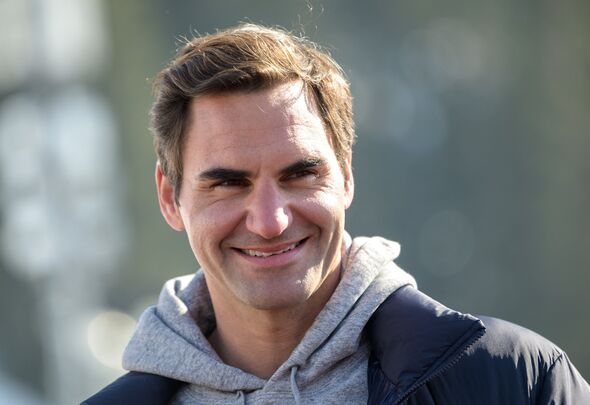 Saturday’s women’s final between Elena Rybakina and Ons Jabeur meanwhile, attracted a peak 3.1 million BBC viewers. That was down in comparison to the 4.5 million for the 2021 final between Ashleigh Barty and Karolína Pliskova.

Should Federer make his final bow at Wimbledon in 2023, he will inevitably reel in viewers irrespective of his seeding or physical state. However, he’s yet to fully commit beyond his scheduled appearances at the Laver Cup and his home tournament in Basel later this year.