American teenager Coco Gauff powered past compatriot Sloane Stephens 7-5 6-2 on Tuesday to book a French Open semi-final spot in her biggest victory at a Grand Slam.

The 18-year-old, the youngest player left in the draw who was hit by a brief spell of nerves late in the game, will next play Italy’s Martina Trevisan for a place in Saturday’s final.

‘I feel so happy right now. Words can’t explain it. Last year in the quarters was a tough loss and that made me stronger for moments like today,’ 18th seed Gauff said after reaching her first semi-final at a major. 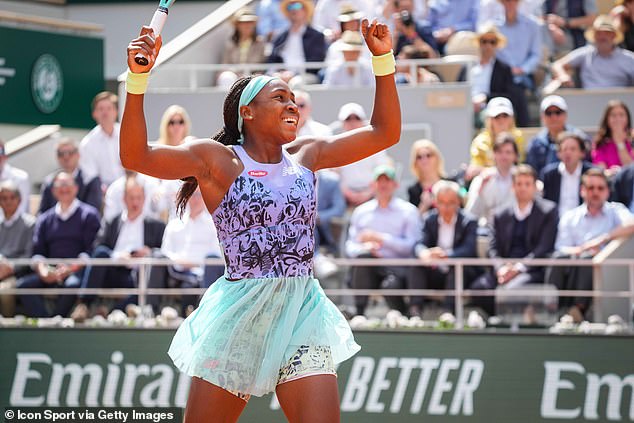 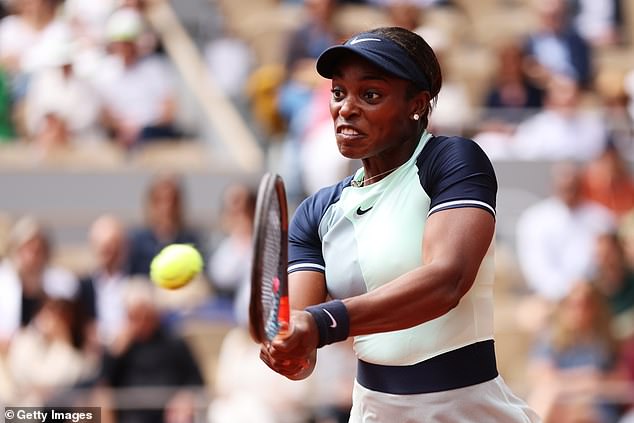 ‘Last time I played her (Stephens) I lost so I am happy it went differently today. I think it was a mental challenge today.’

Gauff, the youngest female player to reach multiple Grand Slam quarter-finals since 2007 after also reaching the French Open last eight in 2021, stormed to a 3-0 lead in a one-sided start to the all-American encounter.

With Gauff forcing the 29-year-old Stephens to the net with a string of well-executed drop shots and holding serve confidently, she cruised to a 5-2 lead.

Stephens, U.S. Open champion in 2017 and finalist in Paris a year later, battled to get the breaks back and levelled at 5-5. 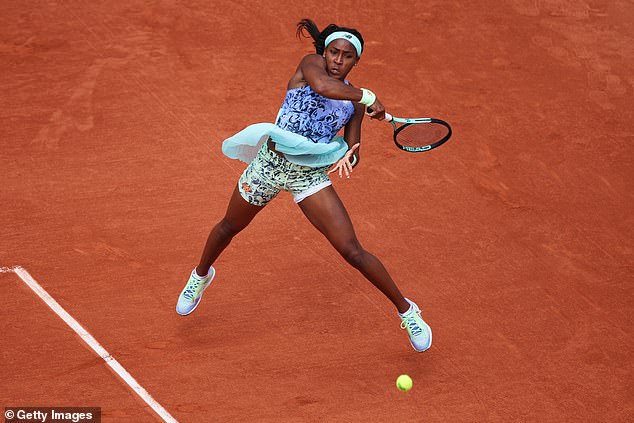 Gauff, who has not dropped a set in her run to last four, recovered just in time to win eight of the next nine points and bag the opening set.

Another break put her 3-1 up in the second but the teenager showed nerves when she doubled-faulted twice in the next game to give Stephens three break chances.

However, she wasted them all, including an easy volley to allow her opponent to go 4-1 up.

While Stephens may rue her missed chances throughout the match, Gauff managed to return almost everything her opponent threw at her.

Another lengthy rally ended with Stephens sinking a forehand into the net and Gauff going 5-1 up. 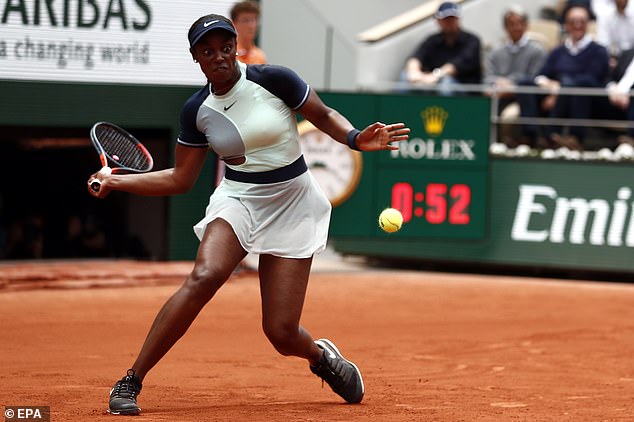 Stephens will rue missed chances throughout the match, including three breaks in the second

Instead of serving out the match she double faulted twice again to give her opponent a brief reprieve before winning it on Stephens’ serve in the very next game.

The 18-year-old graduated from high school while in Paris having successfully combined her studies with life on the WTA Tour.

And Gauff is now just two matches away from moving to the top of the class as a grand slam champion.

‘Was graduating tougher? Yes because I know how hard it was to do school and play tennis on the road,’ said the 18th seed after her 7-5 6-2 victory. 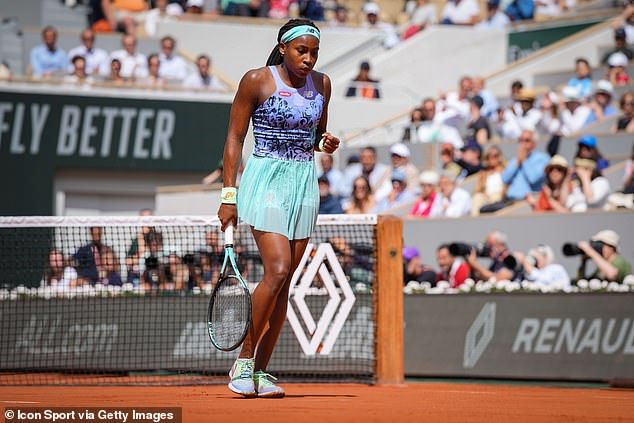 ‘Other players in general get out of sight with life and we think tennis is the most important thing in the world. It is not.

‘So getting my high-school diploma meant a lot to me.’

Gauff was a quarter-finalist at Roland Garros last year, where she was beaten by eventual champion Barbora Krejcikova.

She went one better with an accomplished, mature display against the player who beat her at the US Open last year. 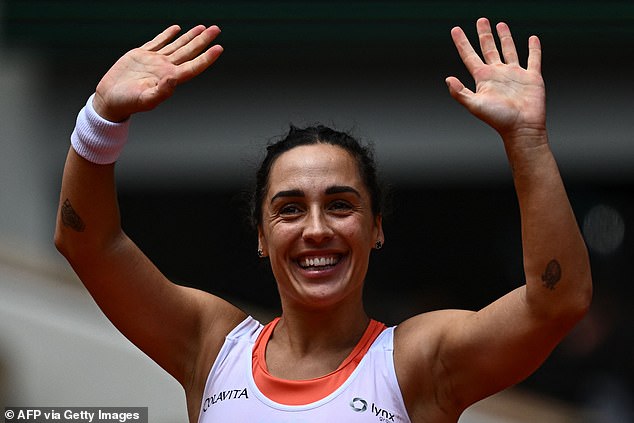 ‘I feel so happy right now that words can’t explain,’ Gauff added. ‘Last year’s quarter-final was a tough loss and it made me stronger and better prepared for moments like today.

‘Last time I played (Stephens) I lost so I’m glad today it went different. I told myself to stay mentally there, and that I know there would be shots that I should probably have made.

‘And there would be some shots that she would get in the court that no players can reach. It was a mental challenge.’