‘Getting rid of steam from singles!’: Coco Gauff shakes off disappointment to book spot in Australian Open doubles semi-finals… as her playing partner Jessica Pegula hails 18-year-old as the ‘MVP’ in straight sets win

Coco Gauff and Jessica Pegula shook off their ‘steam’ from losing out in singles to produce a doubles demolition job at the Australian Open.

The American pair turned in a 51-minute masterclass to reach the semi-finals, defeating Yang Zhaoxuan and Chan Hao-ching 6-1, 6-1.

Gauff and Pegula, the No 2 seeds in the women’s doubles in Melbourne, dropped just five points on serve as they put their bitter disappointment of losing out in singles, which reduced 18-year-old Gauff to tears, behind them. 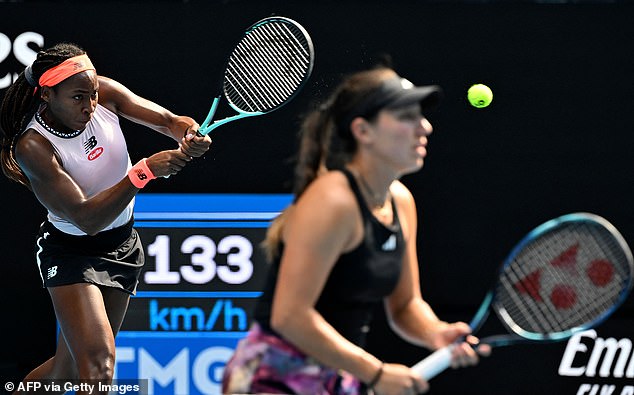 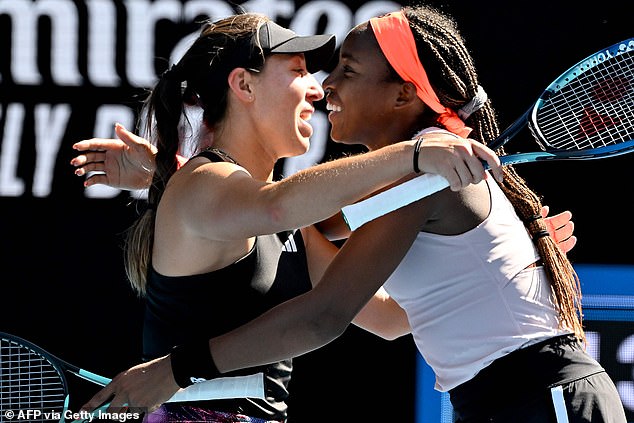 ‘That was perfect,’ Pegula said in her on-court interview. ‘I don’t think Coco missed a ball, it felt like she took over the match today. She gets MVP today, she was amazing.’

Writing on her Instagram story, Gauff joked that her elite play was down to her ‘getting rid of steam from singles’, where she was beaten in the fourth round by Jelena Ostapenko.

Pegula and Gauff were not concerned about a lack of warm-up events played together in the lead up to this Slam – and their worry-free approach showed on court.

The match began with a love-hold and they quickly raced into a 5-0 lead, eventually closing out the opening set in a rapid 23 minutes.

From there it would prove moderately tougher – the first game of the second set alone lasted 27 minutes – but Gauff, a former world No 1 in doubles, thrives in this setting. 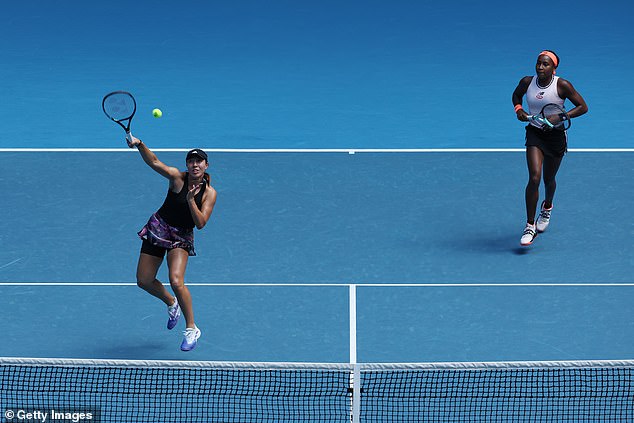 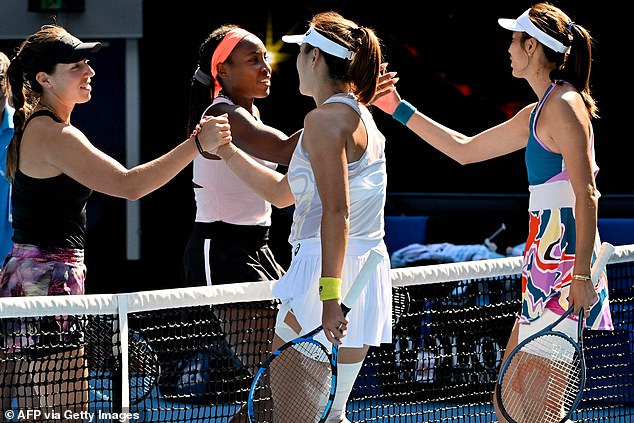 Back in the driving seat it was a backhand winner cross-court at the net that sealed victory for the Americans, closing out the win in 51 minutes.

They made just nine total unforced errors in the match.

‘We’ve been playing great here. We got through a tough first round and hopefully we can keep it going,’ Pegula added.

‘We are still here, still a little upset about our singles matches and that fuels us to want to come out here and play better, especially together.

‘We want to do the best to win the tournament.’

Pegula and Gauff face Japanese pair Ena Shibahara and Shuko Aoyama in the semi-finals, with a potential meeting with top seeds Kateřina Siniaková and Barbora Krejčíková in wait in the final.