Martina Navratilova has offered Emma Raducanu advice on her coaching team ahead of her US Open first-round clash with Alize Cornet. The teenage star appointed Russian coach Dmitry Tursunov ahead of the hard-court season, and the 18-time Grand Slam champion has warned Raducanu to stop changing her team behind the scenes.

“This is a good coaching situation for her,” Navratilova told the WTA Tour. “I hope she sticks with it. If I had that many coaches in a year, I would be struggling, too. Too many points of view, too many philosophies — too much information.

“When you get information from one coach you can kind of sift through that, figure it out. But when you’re getting it from so many different people, how are you supposed to process all that? The winner [of the US Open] will be whoever gets hot. Could be Emma Raducanu again. I wouldn’t put it past her.”

Navratilova believes that the Major could see another first-time winner after Raducanu’s success last year, but is not expecting another shock after the Brit’s win in New York despite entering the tournament as a qualifier. “This time, I don’t think we’ll have a surprise winner,” Navratilova added. 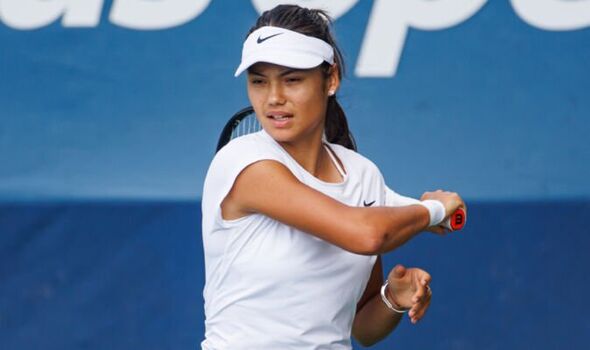 “But maybe another first-time [major] winner. Like Madison Keys, who made the semi-finals in Cincinnati. It’s the best she’s played since the start of the season. Could be Coco Gauff, the way she’s playing, too.”

As she looks to defend her US Open title, Raducanu explained earlier this month how her new coach has impacted her game. “He definitely has a good sense of humour, and he’s definitely trying to make me take things easier on myself,” Raducanu said. “I put a lot of emphasis on everything I do, and I want to do it to the best of my abilities all the time. 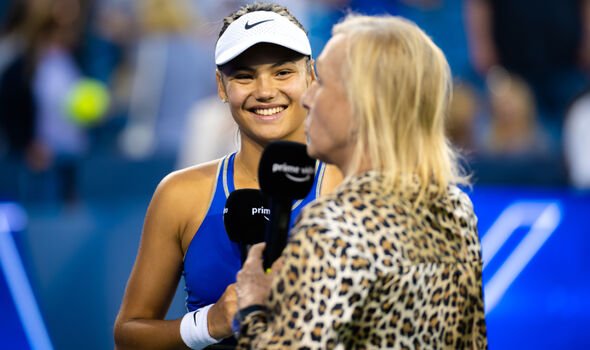 “You know, he’s just slowly trying to shift me towards, If it’s not perfect, it’s okay. Like, If you shank one, it’s okay. Just these sorts of things, and being more accepting of that.

“Yeah, it definitely helped I think in today’s match [Citi Open win over Louisa Chirico], because things weren’t perfect. I wasn’t playing amazing tennis, but I was accepting and I just, you know, fought through to the end.”

Raducanu begins her defence of the tournament in Tuesday’s night session against France’s Cornet. The 32-year-old reached a career-high ranking of 11 in 2009 and is one of the highest ranked unseeded players that Raducanu could have been drawn against. She also ended Iga Swiatek’s 37-match winning streak at Wimbledon in the third round, where she defeated the world No 1 6-4, 6-2.